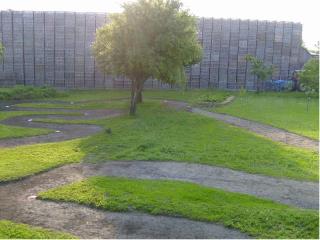 I have been collecting Tamiya cars for about 13 years now. I got my first Radio Control Car when i was about 6 years old. After some Nikkos i got my first Tamiya for my 11th birthday. I loved this car and drove it no matter if it was raining or if there was snow. After the Manta Ray a Grasshopper II followed. Then i got a Toyota Supra, Dyna Storm, Kyosho Baja Beetle, Kyosho Pro XRT, Kyosho Super Eight Mitsubishi Lancer, Tamiya Clod Buster, Juggernaut, Top Force Evo, TB Evo and many many more. I probably spent half of my youth driving RC Cars and i still love it. When i was about 17 i stopped collecting RC models and sold most of my cars. Since a few years i am collecting all cars i loved the most when i was a kid. Now i have specialized on 2WD and 4WD buggies such as Egress, Astute, Super Astute, Dyna Storm, Top Force Evo...
The whole vintage collecting started when i found an Astute in a toy shop in Vienna for about 110 Euro (NIB). Of course i bought it. From that day on i started looking around all toy shops and hobby shops i knew in Vienna. I found another Astute NIB and a Top Force Evolution NIB. I became infected and know i have my aim i want to reach which is to have all of the cars i wrote above NIB, New Built and as a runner. UPDATE DECEMBER 2008: I switched to Touring Cars and i thought i will write it down here as i think this is a big change in direction of collecting. In the last few months i saw prices of my favourite cars (Egress, TFE) raising and especially some certain parts reached ridiculous prices. As i was always a fan of certain Touring Cars and especially TRF Chassis i decided to collect some rare Touring car Chassis, i thought of always the first of the TRF4.. series plus TA03 TA04 TA05 TRF´s. Let´s see!

I have traded with a lot of TC members and here i want to list the ones which i have made very good trades with. They are all honest people who i really like. Some even became friends of mine and i can fully recommend them for trading: