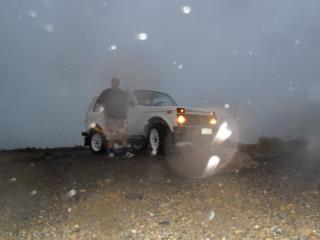 As of March 5th 2012 I'm just another Kiwi (New Zealander) living in Australia...well for a while anyway.


I got my first 'proper' R/C early in 1990 when I was 12 which was the Tamiya King Cab after messing about with Nikko and other assorted toy R/C's from around the age of seven. In late 1994 I gave up on R/C so all my cars hit the trash or got stored up in the attic as I was more interested in playing music. The only cars I ended up keeping were the WW1 & Clod Buster plus parts for the Lunchbox and Blackfoot. I wish I'd kept most of what I had now!

Fast forward to late October '02: One day I decided to buy myself the new Wild Willy 2 (now sold) after having a nosey in my LHS which I hadn't set foot in for about eight years. From building and running another Tamiya it didn't take me long to be completely hooked on R/C all over again. Discovering Tamiya Club in early '03, and also finding some of the old Tamiya Guide Books and catalogs that I didn't throw out all those years back in my attic I decided to try and track down some of the cars I wanted as a kid. Fortunately I've been lucky enough to pick up a few of the cars I wanted - and them some!

P.S: Sorry about the quality of some of the pix in my showroom, I have used an old digi-cam for some models which isn't up to par with the expensive jobs of today... :(