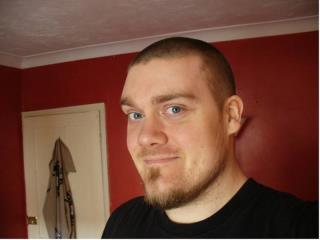 for me it all started with a car my friend owned called the grabber by tyco! it was a toy really but i thought it was cool. then one day a friend at school saw us playing around with it and said if you want to see something far more grown up come to the sports center car park on saturday to watch the racing!.... racing i said... what!! any way i went along and could not belive my eyes lots of big rc cars going insanly fast!! i was utterly hooked i pesterd my parents for months without end till on my 12th birthday they got me a tamiya manta ray!! how they regreted that!! i dragged them to the club every week rain or snow. And i slowly got the hang of it, but the manta ray was dying and we had not much money to say the least! but the parents and club racers took pity and tryed hard to keep me running eventualy i managed to get a second hand pro cat, and really started getting places it was so much better than my manta ray! that would only last so long and after a few years parents had enough and i had to quit....... about two years ago while rather drunk in the local!!! i got thinking about those days and decided to get back into it in some way again. the result was a yokomo touring chassis but i still had no radio gear or anything so it sat gathering dust for about a year. anyway i was living out of home when a friend of one of my flat mates came round with a suprise, he was into rc a bit and had been to a car boot and come back with a £15 bargin. it was a tamiya egress or so i thought. it was actually an avante 2001, with an egress shell and hi-cap dampers. Now the egress was my ultimate dream car when i was younger so i wet myseklf when he walked in with it under arm. So i begged him to swap it for my yokomo, he seemed up for it and we traded. i really caught the tamiya bug again hard and went online to find parts for the avante/egress, and ended up finding this place! not long after i am collecting as many NIB buggies as i can afford and recently became a member...... well after a couple of years and some great trades with some fantastic people, my collection is going through a massive change. Getting shot of most of my nib's and the ones that i dont sell will be built and run. Also getting into petrol and nitro now too about 40% of my collection is fuel powerd now. Very soon when its all a bit more together i will re enter the whole showroom.