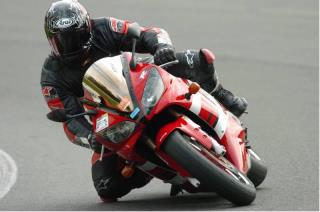 Hi there, used to race em about 12-13 years ago when the schumacer procat was king, i used to prefer the tamiyas tho as they didnt seem as serious and were more fun, had loadsa kyoshos too and a few nitro cars. i musta had about 20 different cars all in all but never actually built a kit from scratch, so i decided it was about time i got back into it and bought a twin det. found it pretty easy as the 2 gearboxes were pre assembled. very dissapointed to find the shocks had such little travel and were only friction and not oil (dont make em like they used to) my most fun car was a hornet that had a demon quad in it (legendary motors) bloody quick but not very gearbox friendly lol. my son jake is 5 and i think he will enjoy rc cars too and i wont be subjecting him to the embarrassment that some of the young ones had when i used to race by making him have a quick drive (do they still make em?).2 months since joining and instead of just a lonley ol baja champ its now got 9 mates, plus a few works in progress which are a very nice team spec rc10 b2 chassis and an old kyosho ultima resto project. Thanks for swinging by!

** Update 16/1/07 **
Trade details, here are some members who i would gladly do trades/ sell to/ buy from again. There is probably more so if you read this and i missed you out please let me know, cheers.

Here are some people who i would strongly advise to give a wide berth to, reasons include items not as described when negotiating a deal, slow postage and general dishonesty. Countless other members have had problems with these members. Thankfully they seem to have kept a low profile recently at no loss to the club.
Orangeminiman aka Orangeman,
Sammy,
I would be glad to fill anyone in on the details of these bad transactions should they PM me. Cheers