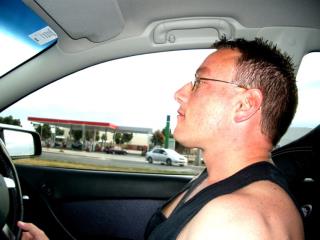 Since finding this site my collection has expanded dramatically!! A couple of months ago I only owned a Ford Ranger (birthday present in 1984) a Lancia Rally (bought in 1985), a Vanquish (1990) and a Volkswagen Beetle (1995). Also bought a Sand Scorcher bodyset i n 1985 to put on the Lancia, which I ran for a while like that. Walked into a hobby shop back in 2006, and saw the re release Frog, and bought it on the spot! Jumped on the net, found this site and within 3 months bought the Frog, TXT-1, Re-Hornet, another Frog to run, Knight Hauler, F-201 Ferrari, Lancia 037, Re-Top Force, Blackfoot Xtreme, restored the Sand Scorcher, restored my Lancia Rally, and bought enough bits to build a Superchamp, and nearly a whole new Rough Rider. Since then, the collection has blown out to nearly 60 cars either new built, NIB, restored, or awaiting work. Where will it stop......it hasn't yet.....and I don't think it will!!