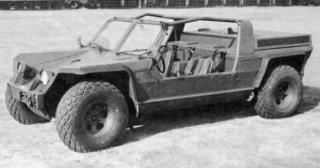 Have had Tamiya Cars since my first XR311 in 1978 ,followed by six wheeler Tyrell bought for £15 at Sandown Racecourse Model Show in the early eighties , had various buggies through the years The Grasshopper & most notable a Super Champ which I used to race in the eighties and won trophies with it , went to lots of race meetings with a mate who raced a rough rider( Coxey i hope you kept it , its worth a packet now!!!) , we were members of Lordshill Off Road model Club in Southampton just when the Hotshot was the new thing our clubs team colours were purple & green which stood out from the rest! bridging the gap to the present have had a thundershot , then a gap probably of about 10 yrs when in 1997 I bought a Ta03F Subaru Impreza and my interest was rekindled . 3 years ago I returned to 1978 and got an XR311 off ebay . Now my son aged 6 Is racing me round the park with the 2 Lunchbox's we have and fire up my NDF-01 Nitro thunder for some thrills & spills .

Now 2008 I just decided to start a modest collection of my old favourites , so will be looking out for a mint Super Champ soon and and a mint cheetah bodyshell as i have a A1 original cheetah chassis.