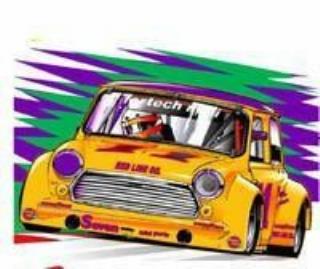 My 1st car was a Kyosho 1/10 Nitro Readyset with a Ford Focus shell. Bought 2nd hand, it was enough for me to know I wanted more speed. A TTR EB4 1/8th RallyX buggy came next, and my 1st new build. This became my 1st Race car, quickly followed by three or four other EB4's (They don't last long when raced and it was cheaper to buy a new kit than replace worn bits.) The EB4 was replaced by a Mugen MBX4 - great Buggy. Moved over to Touring Cars when spending 2 or 3 days after each race, stripping and cleaning, got the better of me. Starting with a Hoboa Hyper 10EP (Still got it as well) before moving to an AE TC3. I had a short relationship with an XRay FK05 (Not a good car for indoor carpet racing IMO) before returning to AE and a TC4. I now have an FT TC4 with the full ITF Chassis and more hop ups than it really needs. I've now been joined by my oldest Son, Joseph (aged 11) who also races an identical TC4 ITF. We are also both Racing Tamiya M03's (and having more fun racing than in any other class I can remember) Away from Racing we (also have a younger Son, Jake 8, who races an M03 in the school holidays) have a Tamiya King Blackfoot, a Yokomo BC Super Dogfighter, an unknown 2WD Buggy, and a few spare M03's. Recently added a pair of Sportwerks Recoil's - an excellent 1:14 scale Touring car. Fantiastically quick out of the box - its an RTR - and with a few hop ups it's ballistic.