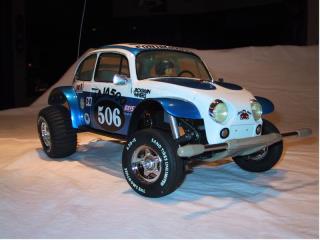 Hi I have always loved cars. And when I first saw a tamiya rc car i was amazed They were fast,looked real, And you didn't have to back up so the front wheels would cock to one side to make a turn. My nieghbor had a rough rider and was a great painter. And he painted his rough rider with such presicion. It was amazing! Well he was getting into real cars. And made me an offer. If i do his paper route for 2 weeks he would give it to me. So that was my first tamiya car that was about in 1983 I was 10 years old. I would get alot cars from my older friends who were moving on the real cars or as they would say 1.1 scale cars. My Older cousin was Impressed with my driving ability. And brought me to a local track. I believe it was called the Hobbydome. Well I won my first race. And the second I won in reverse. Someone spun me out on the last lap. I knew it would take to long to turn around so I just went In reverse. I ended racing professionally from 1988 to 1990. It was fun ALOT of traveling. I had a Lunchbox I would also enter in the truck pulls at the meets. It pulled 13 pounds down the staightaway. And I actually broke the record for my class. Later on in the day my race was up and thay would make remarks tamiyas are cool but they can't compete with the RC10's and Team Losi sponsor cars. So I entered my Lunchbox in the race. I installed the motor from the RC10 which was the same motor the others had in there cars. An 18 tooth gear. And won the race with the Lunchbox. I know I seem a bit braggy. Don't take it the wrong way. Just remembering good times. The Lunch box had an awesome airbrushed paintjob. My nieghbor who I first got the rough rider from painted it. It looked like a show truck. Aluminum rims working lights I was afraid to drive it. Thats why until that race just entered it in Truckpulls. I wish I had a picture. It was in Radio Control Car Action Magazine. In 1989. Anyway I have about 45 tamiya rc cars I was always a fan Of the off roaders. I basicly have everyone from 1979 to 1986 I felt that those were the best years. Mostly because Of the memories from growing up with those models In That time period. Going to school thats all my friends would talk about. They would bring the catalog to school. And couldn't wait for christmas to come.
Well so much for a short story. I once heard Speeches and Biscuits are Improved by shortining. Ill try to add some pics to my Showroom. So if you made it this far thanks for reading my little story.