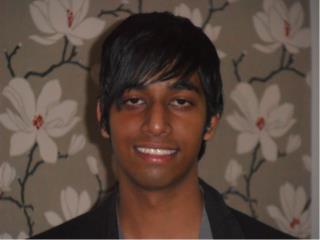 I have been collecting for the past five years (only tamiya).This mainly started to become a interest when I discovered how beautiful and detailed tamiya rc cars were. Iam mainly forcusing on collecting rare and vintage tamiya rc such as the countach,936,935,934.My main focus is on tamiya cars which were available from 1975-1995(except the f103 series which I do collect.)Some of my favourites are the f101s, cam am lola, datsun 280zx, clodbuster,countach(cs) and ect.I live in Melbourne in Australia.I would like to apply for tamiyaclub because I would like to get to know people who share the same interest as me. Currently december the 2nd 2010, Iam 18 years old now and have just finished school so I will be uploading plenty more cars, I started this hobby when I was 11 years old and have managed to collect aload of vintage treasures over the last 7 years.

But why do people pick Tamiya?
What makes Tamiya so special in the minds of so many? Maybe it's just the nostalgic nature because they have been making radio controlled car kits since the seventies or maybe it's because of the attention to detail and realism of their models. There are thousands of makers of radio controlled cars out there but not many can even get close to touching Tamiya in this market place. From the start they have offered more. More detail, more models and more realism. Some of their early kits such as the Sand Scorcher, Sand Rover and Rough Rider were modelled on real Volkswagen based off-road vehicles. They had all the right parts in all the right places and they appealed to the youngsters who could only dream of owning the real thing. By getting mum and dad to part with their hard earned cash would mean they could get as close as they could to owning their dream racing buggy.

Which leads me on to the cost of Tamiya kits. They have always been at the higher end of the market and today you can buy better performing radio controlled cars from many other manufacturers for a lot less money but they somehow lack something important. The magic. This is what makes them worth every penny. It's this that makes use cherish them and look after them, never discarding them but forever rebuilding them to keep them in the best possible condition at all times. A Tamiya rc car that's broken or neglected is sacrilege. Something most owners of classic and retro models would never let happen. Maybe it's the many hours spent building their pride and joy from a box full of parts that adds to this pride. That's something you simply don't get from a ready to run, pre-assembled radio controlled car. You don't feel attached to it in the same way and if you crash it and damage it, you don't feel gutted with the urge to put right what's gone wrong. I believe this also applies to Tamiya's own range of ready built cars and trucks. For example you could have a Midnight Pumpkin you've built from a kit, or one that's pre-built. Surely the owner is going to look after the one he's created a lot more than the one thats been assembled in a factory somewhere.

Tamiya have long since realised this gap in the market and have for many years been re-releasing its models from the seventies, eighties and even the nineties. There is still no other manufacturer that make cars with such character. During the eighties every Tamiya radio controlled car even had their own driver name on the bodyshell. It's this imagination and attention to detail that Tamiya have and will always have over their competitors.