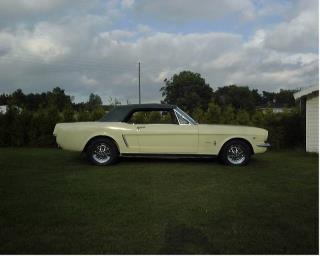 Having given up on RC cars around the time I got my driving license, I got into them again in my early 30s when my first child was born.

Got my first RC when I was 4, a BMW M1. No idea what make, but if I remember correctly it had something akin to 380 motor and a two speed transmission. Sadly and foolishly I threw it out some years ago when my mom moved house.

My first Tamiya was the Ford F150 which my dad (bless his soul) brought back from Japan for me. I still have the remains of that car, but it will need a lot of TLC to bring back.

A few years later I saw the then new Wild Willy in the LHS. Dad kindly brought one back from Japan for me. I seem to recall it cost less than £ 40 then and about the same for the Futaba radio gear.This one is also still around, but like most for sale on eBay needs a new grille and headlights and I can't find the winch at the moment. I've since managed to source all these items through the helpfulness and kindness of my fellow TC members.

After the WW came a Hornet where the body and chassis disintegrated. I really wanted a Frog but couldn't afford one so I got the Hornet instead. Used the Hornet transmission and front wishbones to make a scratch built RS200 with Lancia 037 wheels. Propably the car I had the most fun with.

More or less at the same time I got a Hot Shot that had been run over by a car for £10. The suspension and transmission still worked so we build a chassis from GRP and aluminium for it. Never like the way it drove, but building it was fun.

Wanted to try a nitro car next and bought a Mardave Marauder with an Irvine engine. Never got it to run right, and after my dad died I lost interest.

I now have way too many 'Projects on the go', but I think I'm past the worst of the impulse shopping. BTW the Mustang is 1965 C-code convertible converted from 3-spd manual to automatic. It's not that fast, but the dual exhaust makes a wonderful noise and speed is less important when you've got wind in your hair :-)