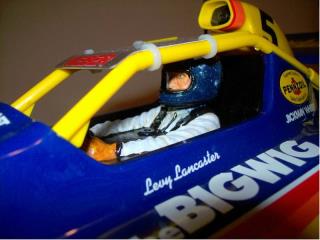 Started back in the eighties with the Bigwig.Wanted an SRB or 3 speed but they were old by the time i could afford one in 86.Lost interest for a while then got into touring cars in the nineties.Had all makes and models(still have some boxed up) until i got the bug for collecting Tamiya`s in 2006.Like most on here,i`ve over spent and cant stop now.Was originally collecting the vintage cars but started looking at the newer cars and liked the look of some.So now i just collect whatever interests me.