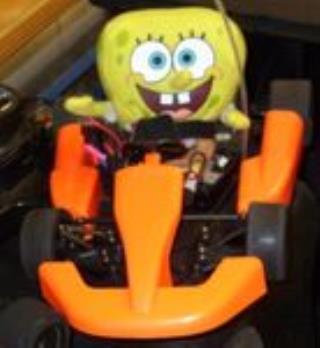 It all started when I got a radio controlled Taiyo Monster Truck for christmas. Then came Aristocraft HiTec Kangaroo, Flying Point ONRO T-10, and Mirahamm Hobby Laser. Then I made a break till I came back into the hobby with a Monster Beetle, my first Tamiya. Then I bought a M01 Mini Cooper Rally, a Ford F150 (TA-02, sold), a Blitzer Beetle (sold) and a Rough Rider (bought cheap and sold cheap, as I did not know its real value then).

After that I did not buy any car for some time and started all over again when my son got interested in RC-Cars. He started with a Dickie Mercedes Benz CLK DTM toy RC-Car and a Monster Beetle Quick Drive. Now he is racing his DT02 and TT01 against mine and others in the Tamiya Euro Cup series.

And this is what we do now, just racing, no more collecting. My son races TT01 (Top Stock) and M05 and I race M03/M05 and TRF415 (Euro GT). Till now we did not have great success (17th place in the TamTech-Gear class at the euro finals 2009), but we are getting better every time. And for us it is the fun that matters, and we had much fun since we started to race in May 2007 (finished last and second last in Euro Fighter).