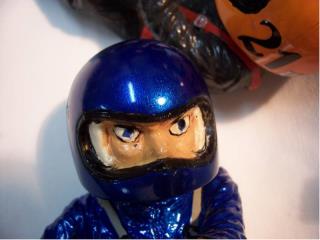 I have an original Wild Willy bought new in the 80's. The Willy has been in storage for about 10 years. I have plans to do it up as good as new.
Have now added a newly purchased Midnight Pumpkin and a modifyed Wild Willy 2.
I have since added a further Wild Willy 1 in need of restoration.
I also have a Monster Beetle that is awaiting parts before I start a resto on that as well.
Update 2009: Moved away from Wild Willy's in 2008 and restored a Sand Scorcher, Super Champ and Rough Rider. Early 2009 I'm working on a Fast Attack Vehicle.
Always on the look out for Wild Willy's though and will probably add some more to the collection.