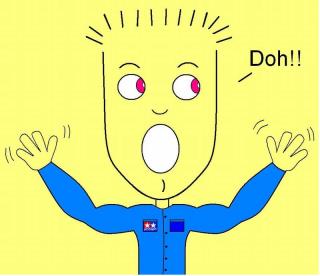 My first intro into the 1/10th scale RC world was via a mistake in the mid-80's as a teenager. I purchased a Kyosho Datsun 10 gas truck and later its electric sibling, the Kyosho Chevy Stepside, instead of the Tamiya Hilux 4x4, which it competed with. I don't wish to bash Kyosho as I still own the Chevy and plan to keep it, but there is absolutely no comparison in quality between the early Kyosho versus Tamiya kits.
I believe Tamiya is the Rolls Royce in 1/10th scale realism, particularly during the late 70's and early 80's. Not RC 'toys' as some have labled them, as those who knew better realized they were finely engineered scale model kits that ALSO could be outfitted for radio control. Kyosho unfortunately when it came to scale detail and realism was woefully inadequate, with performance that was only slighter better. The non-Tamiya was a sluggish Yugo with poor cosmetics trying to keep up with the leader. It was however pretty sturdy. I give it a hand for that.
I am now the proud and happy owner of nine vintage Tamiya kits with a handful of other brands which get abused. The Tamiya's on the other hand are kept clean and gently cared for. Tamiya, you've got a lifelong fan!!


Based on recent discussions of the forums, I've decided to list those TC members I've had good transactions with either here on TamiyaClub or elsewhere (likely Ebay). If you are a member that I've bought from on Ebay, let me know and I will add you.

After being gone nearly a year I'm back. I seem to have less time for this hobby but still plenty of love for it. I just wish I could retire early and be able to spend days (even weeks!) devoted to one project until finished..sigh, one day soon I'll have an entire garage devoted to nothing else but building and displaying these works of intricate mechanical art. I've since acquired a couple of my favorite models, only a few more to go. Happy modeling all!!

Found a little time to work on the Tamiyas. Still working on the Hilux 4X4 (58028) rear differential but I have a solid plan now. Pretty much finished the suspension mods. Changed the Hilux02 (yellow) to stock, transferred suspension to Hilux01 (white) which is the mod-runner. Put up pics. Also managed to get ahold of two of the last metal-era, vintage cars I've really wanted. Wheeeew! Can sit back now and enjoy the ride. Put up pics of the two Rough Riders. Also put up more pics of the others and current conditions.


Aieee Carumba!!...Showroom suffered some heavy losses from recent crash. Will reload new entries and update old pics a few at a time over the next couple weeks. Text (hopefully) will be recovered by NetsmithUK, otherwise will take a while to redo as this is the most difficult part for me. Best,