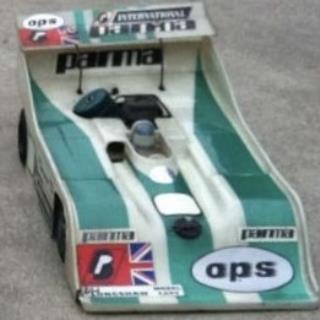 
I started with rc cars in 1978 age 13 when I got a broken Trial 12 buggy off a mate at school & mended it. A visit to Lilford Park later that year to watch the 1/8 Euro Nats with my Dad sealed my interest and I've been messing about with them ever since.
My 1/8 circuit cars from Mardave & PB eventually gave way to simpler (and cheaper) 1/10 buggies from Kyosho & Schumacher in the 1990s but I had picked up a Tamiya Lunchbox along the way simply because I liked the way it looked & I still have it today.
In 2005 I discovered TC & started collecting vintage Tamiya which led to the formation of the Eastern Bash, often run in conjunction with Kent Bash, where we all met up to run these old cars the way they should be.
Nowadays I'm down to only 2 Tamiya cars, my old Lunchbox & a Grasshopper Black Ed which serve as an occasional antidote to the modern money pits I run! I haven't forgotten the 1/8 cars from the 1970s though as I have 3 under restoration as I write.
Well that's it - thanks for reading!