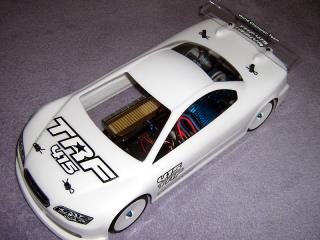 I've been back in the hobby and racing radio controlled model cars since March 2006 after a 13 year break, starting out with 10th scale electric touring cars, and most recently concentrating my efforts on racing 18th scale off-road micros. I originally started off racing 10th scale electric buggies in the early nineties with a 2WD Tamiya GrassHopper, which then progressed into a 4WD Tamiya Fire Dragon, and then later a 2WD Schumacher Cougar.