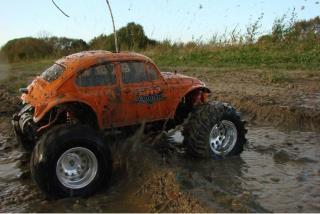 I'm now 41 years of age, and proudly own a number of Tamiya r/c cars including a bear hawk, celica GrB(probably my favourite), porsche 959, a cheetah or two including a few others. After a long absence i got back into this fantastic Hobbie just less than a year ago. I started with a Bolink and then a Sand Rover some time ago , early 80's i think. Cheers Glenn, have replaced 959 chassis, which means i have the option to run it?. It's Second favourite. Well Surprisingly, my Ex-Neighbour and still close friend of nearly 40 years and i, have over the years been very keen on numerous Tamiya r/c Models. Although nigel has been much more faithful!, by that, i mean he has kept all his tamiya models, from way back when first purchased. This began for us about the same time, roughly when the Cheetah was released! ...can remember the Bolink i had came from Knights which was in Broad St. Reading(no longer there) Dad bought it for my 13th or 14th birthday in '81 or '82 and was 110 Pounds with Radio Gear. If i come across pictures of a similar model anywhere i'll post pictures of it on here, even better if i could get hold of one! It was a great looking car and pretty fast too for that time! The main shops for Tamiya were Trents which later became Beatties, and The Model Shop underneath Chatham St car park. Sadly both have now gone. Nigel tells me he was the first person in Reading to own a Clodbuster! and i've no cause to doubt him...i bet he still has the receipt somewhere to prove it! I would like to add that it's a great shame Cameron's Stuff(Glenn) has closed his ebay shop, he had some Amazing Tamiya gear on offer!.