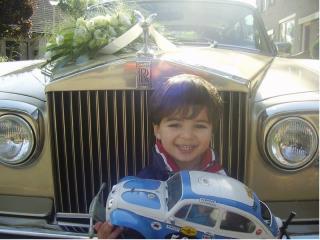 I started in the early 80's ,about 83-84.
I was then collecting several cars only for use. Like lancia rally , Ford ranger xlt , Sand scorcher, Super champ, (i do like srb's) and a grasshopper , Opel Ascona rally....then Tamiya released the first vintage Toyota hilux 4x4 pick up, and i was addicted to the 3 speeds ..The Toyota 4x4 and the ugly Blazing Blazer (now my most faverit). So i sold all my cars , and i bought a Hilux 4x4. The same Hilux is still here in my collection and i want to collect now more 3 speeds. I hope it will happen. Still searching for more...