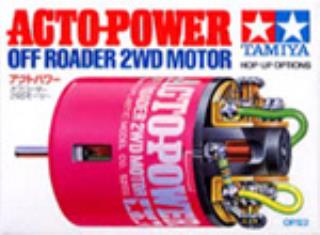 I wanted a rccar for so long as a kid, but my dad forbid anything that needed batteries. In the end I converted a broken Nikko car that was handed me down with a proper 2ch receiver just te be able to drive. After that I bought my first real car, the Marui Samurai. I never realised as a Kid that it wasn't a tamiya. Marui did their best for that, the manual, box all in Tamiya style. Even the damperoil bottle was the same. The car wasn't a very good choice for a kid, the diff gear in the rear kept breaking and the plastic gearbox was very brittle. Also the front arms kept poping of which resulted in a search party for the dogbones. After that the real Tamiya's came. I never lost the interest in Tamiya models. I even still have the ones I was most fond of. Today I collect the cars I had when young, the cars I just like and some modern cars to particpate in the Tamiyacup.