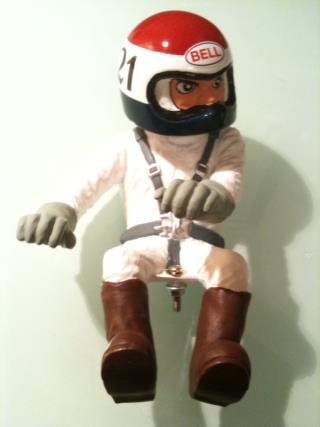 I have a 1/8 scale Nitro Mercedes CLK GTR, a TB-01 Enzo Ferrari, a TB-01 Mcrae Ford Focus, a Wild Willy 2. I have had my models many years & all are in Mint Condition even though some have been raced at club level at some point or another.
I have also just acquired and started restoring Short Wheel Base Wild Willy M38's. This was the car of my dreams when I was a nipper, but alas never had one...was a bit too young my dad used to say!! Anyway, it seems to have recently become my goal in life to acquire and restore as many of these as i can handle.

I've also just acquired a NIB Ford F350 Highlift which I'm looking forward to starting, probably after my next M38 has been restored, just for a change. It was going cheap, cheap, cheap in a local model shop, complete with a full ball race set for less than half the usual price! I just couldn't resist.