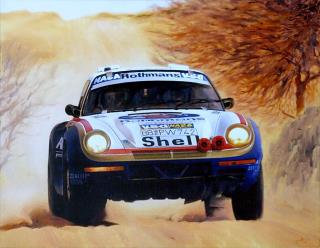 My first experience with Tamiya RC cars was in the early 90's when I bought a Tiger Stripe Ford Escort Cosworth,. I enjoyed every minute of it but soon the car was ready for a well earned retirement in the loft. A few years later in 2001 I purchased my second Tamiya car, a 2001 Subaru Impreza and that stayed on a shelf!!

I've always liked cars and been a keen collector of many different items and recently my interest in RC cars was fired up following my 4 year old sons fascination with fast cars. After browsing 'the dreaded bay' I purchased a couple of kits. A few people with whom I traded on the bay pointed me to TC, which, I thought was an awesome forum and that's how the addiction began...............The rest as they say is history. .


I have met and traded with some fantastic TC members some of which are:-

There are many more members and non-members whom I have met and traded with, and I apologise to those whom I have forgotten to mention but I would love to hear from you €¦.....