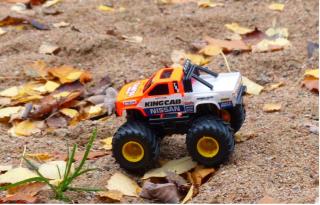 Hi!
As many others I´m a tamiya addict too..sorta
I don´t own that many Tamiya cars, but they are all (almost), cars that I either had or wanted to have as kid/teenager.. but couldn´t afford at that time.

First car I had was a Nikko called Venus (some sort of buggy in 1985ish)..
Later on in the early 90:s my father gave me a Tamiya Boomerang, between then and now I´ve had several cars from different brands.

The cars I own: Boomerang and TopForce.

Keep on running those vintage (and new) Tamiyas!! :))