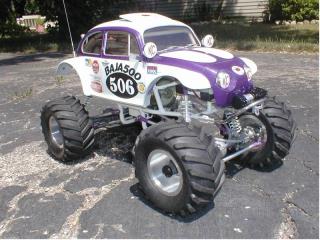 Like most people on this site, I had some Tamiyas when I was younger. Fast forward to my thirties (soon forties) and I now enjoy Collecting the SRB's and three speeders mostly. I am favorable to the Super Champ!

I have widdled my collection down to my favorite cars. Now I concentrate mainly on improving what I have. I am sure from time to time a new car will appear with the appearance of all the re releases.

I also enjoy Fabricating parts for myself and other members. The Bruiser mirror and KC daylighters I am most proud of. I do not make the parts as often now as I used to.

I took about 3-4 years off from the cars recently as I became involved in Airplanes and Helicopters. I imagine in the summer months I will spend more time with those and in the colder seasons play with the cars. The re release of cars like the SS and Bruiser have brought me back in. Mainly because now there are so many parts available that for reasonable money you can build these scale cars.

I have made great friends on TC and look forward to making more!