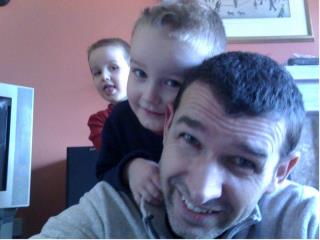 Owner of many a 'Vintage' car back in their heydays. Married, 3 boys, including identical twins!


Since 2002 when my old cars surfaced I've collected a few 'newer' cars. Of particular interest are the re-releases. Sadly I never have any spare time to run any of them at the moment, even less time to build them. Slowly resourcing some old parts to rebuild some F2's as they were my favourites years ago. Back then I only had one 5-cell battery and one slow charger. The F2's would run for more than 30 minutes, and as I could only run once a day because of the battery, that was important!! The slow speed was of little relevance.


It's my aim to have all my cars ready to run. I consider cars without radio equipment unfinshed. Having any Tamiya R/C models 'NIB' as a collection is sad. They should all be built and enjoyed as they are meant to be, however few times they are actually run.

I have some cars that haven't yet made my showroom; a Ferrari T3 re-release, a Tamiya Lotus 79 'project' - they'll get in when they are finished.

Some old photos of my RC cars 20+ years ago have been found; slowly I will be scanning them and putting them up on the TCPhotos link on this page.