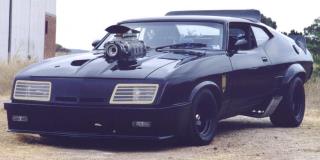 hi everyone. i have been in the hobby since 1986. the first r/c kit i got was a world engines rock buster with a aristo craft challenger pistol grip radio. that was ok for a beginner but i wanted a faster car at that time, but being 13 you had to take what you can get. ever since then i had various cars but the best ones i had as for detail were the tamiya brand. i had been collecting various kits from the very first one i had to the latest, but in early 2000, i sold all of my collection. that was a dumb mistake on my part but i'm slowly but surely building up my collection again. i had recently purchased a vintage kyosho double dare in need of restoration and also purchased 2 nib tamiya car kits. i am hoping to get my collection back the way i had it and to add some kits that i wanted back in the day but were too expensive. now, when i first joined, i had purchase a mercedes clk gtr already built, but not finished, off ebay for $169 in march of 2009, but after 10 months of searching and buying, i got my collection the way i always wanted and then some. i'll be posting pics very soon..........just keep watching, i think i have a few that may interest you.