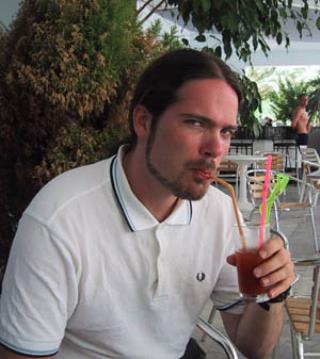 Hi, my name is Marius, and I am from Bergen, Norway, and as far as I know, the only tamiya collector in this city, the next biggest in norway. When I was 10-12 years old my interest in Tamiya RC cars began, and first I got the Sonic Fighter for one christmas, and an Avante the next! I never thought I was getting the Avante, so when I unpacked it that christmas, it was the happiest day of my life, the following years I got the Tamtech Porsche 962C and the Toyota Celica GT4. Then as I became a teenager, RC cars all of a sudden was not that cool anymore, but last year, 12 years after I got my first car, I started collecting every car I wanted as a child. Just about like every other RC collector out there I guess. Now all the cars I got as a child have been rebuilt with all new parts, or at least 95% new parts in most of them. As of today, 19.10.02, I have 20 cars in my collection, some new built, some nib, and some in new parts. Feel free to contact me for parts, I dont have an extensive stock as some do, but I have a little. I dont sell very much at ebay any longer, I am still regretting selling the two Porsche 959 body sets I had there... Damn... Damn..