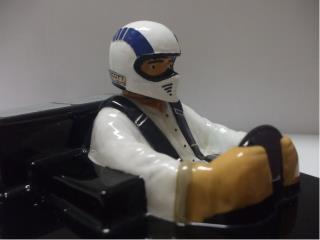 Start with RC`s in 1984 with a Taiyo Ford Big Roader. One year later, at christmas 1985 i recived my Tamiya Fast Attack Vehicle FAV. Both cars were personal gifts from the Countess Nina von Faber-Castell.

The second Tamiya car, a Wild One, i buy myself many years later, in 1992/1993, when i buy replacement parts for my terribly worn FAV.

After 9 years of storage of the FAV and the Wild One, i came back in the hobby in 2008. Initially only for rebuild again both cars. Found a Nikko Scorpion in the bin on 02. April 2011. Cleaned all parts and replaced the motor with a Tamiiya Sport Tuned and that thing rules! ;-)
Frustrated after the rumors of the re release of the FAV (15. april 2011), i equip the incomplete rebuild of my FAV and i go paint the town red with it. I complete the rebuild of the Wild One at 02. June 2011 and sold it straigt away. During packaging the Wild One to his last trip, i recognised that it was a mistake selling him. This episodes start a rekindling for that interessting hobby and i dont want missing this again. :)

Please visit my showroom from time to time.