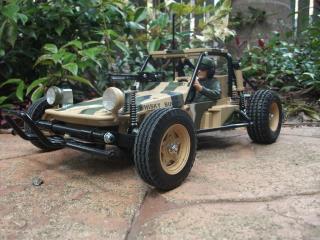 Hi there, i have returned to the hobby after being away from it for over 20 years. I originally owned a grasshopper and lunch box (which i wish i had of kept). My interest sparked again in 2008 while i was browsing on ebay and realised that Tamiya had re-released a bunch of classic rc cars that my friends and I owned or wanted to own. Since then, I now own a re-release FAV, Frog and Boomerang as well as an original Monster Beetle, Lunchbox, Supershot and Grasshopper. My plan is to own as many of the cars i idolised as a kid but could never afford. So come on Tamiya- re-release them all! Recently I completed a Business degree specializing in marketing/ PR/ Journalism .I would like to be involved within the Rc industry if the opportunity ever arised.
Thanks for viewing!!