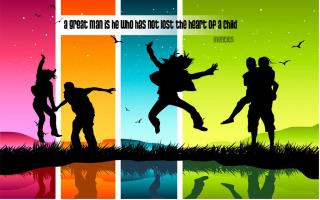 Of the two of us, Mum used to say that I was the wild one. I was in no position to argue - you can't argue with Mum, she's always right..

*THE Makings of A Master Peace*


Funny that, ! turned out exactly as she wanted me to. ! must have, because she left me on my own in June 2010 and I've been that way pretty much ever since - well sometimes. It has been good at times, but there's also been some pretty testing moments which at times seemed to last for ages. But that's all past now and life has turned out the way it should. My impatience has run out and I just do what I do and I do it as best as I can. Or maybe even later, and eventually it all turns out okay. I'm content, and continent is [a nice place] to be.


I speak a Universal language. The language can be Japanese, it can be German, it can be Australian, it could be New Zealand, it could be South African.. The language is known as Car, and even You can understand it. MY World !S about cars. Big fast swoopy cars, slow cars, old cars and new stars, RC Cars and GTR'z. Come, look, see, play..! On the beach or on the trail of a fast snail in the fast lane whilst all the slow snails simply cruz around with their headlights on.


I walked down this path and saw a light.. The light was dime, the light was far, but the vision was clear and the adventure seemed fun. So I plodded and stumbled, but carried on and on.. And so Thoughts Are Things with Plenty of options, but it's always ACTION that Determines our Fate. ..and someone listened when he did speak, but even 'I too when he 'just wrote.. He painted a word, one stroke at a time and occasionally went back and changed a line. And everyone waatched.. and everyone listened.. And as I walked along the beach today, wearing blue jeans and T-shirt with ' Headz Upp ' printed where a pocket could be, and on the back.. I thought and smiled and remembered the time 'when I wrote that..!


I've spent hours on TC looking at some of you Lad's amazing and inspiring works, however, until only recently did I decide to subscribe. I would like to think that I'm a natural, but thank you all for getting under my skin ;) In the following paragraphs I have written a bit about myself, and as time goes on, I will slowly add to my showroom - this might take a while as I have more than a few cars, accessories and NIBs with words which I hope you will enjoy.


I already have the pleasure of knowing and also actually meeting some very special people who belong to TC - some I can recall and apologies if your name does not appear.


I have been involved with RC Cars since a kid and although years have passed, the passion never has. I received my first 'RC' Car from Mum & Dad as a Christmas present - a Japanese tin, form-pressed and screen-print detailed Mercedes-Benz in 1/12 scale (..I think). Controls were by cable for steering and a gear lever for forward, stop and reverse. I spent many hours happily walking behind this and learnt to bargain for batteries at the tender age of three.


I'm a sucker for quality and detail, and I very much appreciate the >CraftsmanshiP< that goes into each project. On observation, members with fewer models more often display far superior presentations in comparison to those with high numbers. I do admire many of the Numerical Collections on TC, however I'm not one for chasing numbers. I collect cars that I can relate to or connect with, and try to express them in my individual way - a balance of detail, practicality and efficiency. I also like changing, or rather personalising features of standard kits with regard both function and aesthetics to express individual creativity. It is also 'Me, that spends the most time looking at my cars, so I make a determined effort to make them look as appealing as I can. I love driving - for me, that is where-in their beauty lies and why I create them. However, I am no basher and I cringe and frown, and even scold at the derogatory practice. My cars are always meticulously maintained, with parts replaced or upgraded as required. My collection is in constant evolution and seems to get bigger almost daily - sometimes by gems and at other times by junk, but seen differently through my eyes.


I have also been fortunate to own just about the entire range of Matchbox Lesney Series die-cast cars and trucks in 1/64 scale that Mum & Dad bought me almost weekly whilst a kid. There was also the dual Loop-da-Loop SuperFast track set and the five storey platform garage set with ramps and lift jack and so on. Scalextric was delved into for a while, but I disliked the lifted front wheels to improve brush contact and the restrictions of the grooved track that came apart annoyingly often. I watched the world grow up through the handlebars of my orange 3-speed MkI Raleigh Chopper bicycle, with my little tan and white retriever, Sandy in tow.., and Sunshine, my non-stop chirping yellow budgie, and Titch, the fittest hamster.. ever! In amongst all these guys was the famous Action Jackson, Batman and Robin, and Action Man figures, Ginger(hard fingers) and Gus(flexible hand and fingers). Their helicopter was suspended by fishing line from my bedroom ceiling and their olive drab Jeep and 'inflatable' dinghy parked up on my desk, machine guns and all!! There was also a skateboard in the corner against the wall there somewhere.


That was until I started cycling competitively, on road and track and which eventually turned into a fulltime occupation. Oh, and then there was also that testosterone phase, and somehow that never did go away..?! These were the years when I tore around the neighborhood in the saddles of a pair of luminous green, limited edition Kawasaki KZ1000R Eddie Lawson Replicas (#044 and #045) with monster exhaust systems and KERKER emblazoned on their tanks! ..and a Suzuki GSXR 1100 and a Honda CB1100 & 750F, and a Yamaha RD350LC ..and girls! And yes, I'm still a knee dragger.


Although I have gone through phases when my cars collected dust when other priorities and responsibilities took precedent, I can still truly say that I have enough cars and support gear to keep me occupied for a very long time. Amongst my RC Cars, of which there are actually two or more of each model, is also another small die-cast collection happening again. These comprise mainly of my favourite motorcar, the venerable > NISSAN GTR < from companies like Autoart - who set the standard, Kyosho, Tamiya and Ebbro.


Amongst all the various brands, I have a Collection of Xray Touring Cars which I have a major soft spot for. They are all like good books that are difficult to put down. This already has been a long term love affair, mainly because of their quality, precision and detail, and also due to that company's commitment to excellence. My favourite chassis is still the > XrayT1'04FK(Factory Kit) < with its perfect symmetrical balance and its fore/aft weight distribution. I cannot own too many of these cars, although I might just already do.


I enjoy Electric Touring Car racing and prefer the classes that are more reflective in scale speeds to that of 1:1. I therefore run Stock(Silver Can), ProStock(27 Turn) and recently (Stock)21.5 Turn, (ProStock)17.5 Turn and occasionally 13.5 Turn Brushless. To add to the attraction of these classes is racing is extremely close and competitive and that there is a very specific art required to be fast. Tamiya Mini is for fun with a casual approach, and mainly to gain additional track time at a meeting.


I would love a job at a Car and Bike Publication where I can write about some of my interests and share my passion with the countless other enthusiasts out there. So, if you are interested in chatting RC Cars or stuff, flick me a Hoy! I might not always be able to reply immediately because I could be out there, working! ..on making another dream come true, but this would be a good time to remember Arnie's words, 'I'll be buack!' ;) and eventually I will.


For all you ' others out there ' >looking in< Of course bigger things do happen, but passions like ours takes time, skill, patience and precision. So, I DARE You! Come on in - join us at Tamiya Club!! You might do your bank balance in, but you will find friends from all over with similar Car interests. And even more so is, You will become as happy as we are in the process. To the fast guns out there:- Wear your darn seat belts please, the details DO Count and you still Have To keep the rubber side Down.