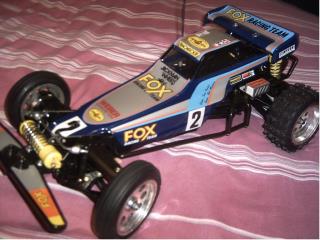 Been collecting around 10 years but have had tamiya for many years, my current interest started with a blackfoot which i have had from new... since joined by a fast attack vehicle (inherited) baja king (new) grasshopper re-issue , again new . Also a clod buster from e-bay and a wreck from e-bay which is slowly being re-born into a wild one . Update..Also now have a vintage rough rider and a fox both runners and a re-issue hornet plus a super sabre... many others either incomplete or awaiting new parts . Have a love for these cars and also collect ideal TCR cars