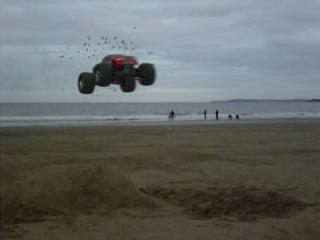 Hi, my name is PJ and i've been collecting r/c cars for years. My dad kicked off my obsession by buying himself a XR311 when they first came out, then decided that wasn't fast enough so bought himself a Sand Scorcher. I was fascinated by them when i was a kid but was only ever allowed to drive the XR311. My parents eventually bought me a Hornet and that was the start of the collecting. I still have both the XR311 and Sand Scorcher though:D
Apart from the r/c stuff, i'm also a drummer in a local covers band. Both that and the r/c stuff take up most of my time. I love it though!:D