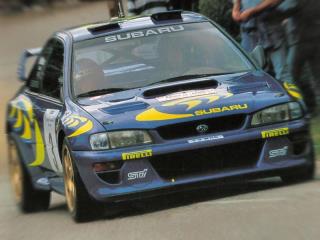 Have been collecting and building tamiya 1/10 scale RC kits since 1998, collection has been growing steadily and in 2010 managed to a acquire my first vintage tamiya. Also big fan of subaru impreza and subaru world rally team or SWRT, was partially influenced by my school friend who during my school years worked at prodrive. Have always had a keen interest in the world rally championship from a young age, have fond memories of watching vhs tapes of season reviews from 1993, 1994 & 1995. In the summer of 2002 I got the chance to visit the goodwood festival of speed along with some of my college friends to see the WRC cars in action tackling the popular hill climb and have been attending ever since.

Main focus of my collection is WRC machines from the early 90's to mid 2000's and beyond, this was around the time some of my all time favourite rally cars competed and when I first got into R/C hobby. My Ultimate goal would be to have every wrc car tamiya put out built up and displayed along side each other. I do also collect vintage tamiya, though it will strictly be my personal favourites and the ones relevant to my collection.

I hope you enjoy browsing through my showroom, keep an eye out as I update my collection :)