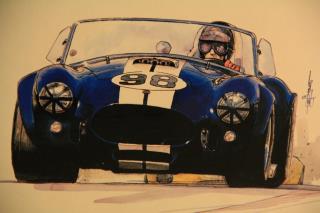 Tamiya in the early 80’s was very special to a young kid. A Rough Rider began the transition from plane & tank kit models to an RC hobby. A modified Brat & Wild One followed. Mostly used with school friends on recreation grounds & woods – what great times they were. In my early teens, poor spares and accessory part availability plus the then high cost killed off my Tamiya interest. I’ve never forgotten the overall impression of Tamiya’s design, presentation and component quality of the early models – especially SRB models. I loved the innovations that followed from the early scale models to more purpose specific later models of the first 100. This almost certainly helped push me into an Engineering career.

Granted they are not infallible and each has their issues. But nothing else is as visually appealing and offer what was in their peak of popularity a decent performance. More competitive models & race focused brands did exist, but to play on the Tamiya catalogue marketing words…… Tamiya they are not.