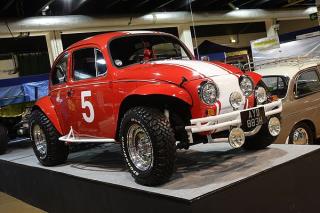 My first car was a Bigwig, a classically underrated Tamiya, then progressed to a Yokomo YZ-870c (hop ups added to make it into a YZ-10-alike), which I had real fun with until my late teens when I drifted away from the scene and got into the usual (girls and real cars) - I still have my '69 Beetle, though don't get the opportunity to use it as much as I'd like.

I've just purchased a re-re Sand Scorcher, which I will use to introduce my son to the joys of rc and modelling/mechanics, so I'm going to build that stock then modify the heck out of it and hopefully end up with enough parts to have two SSs.