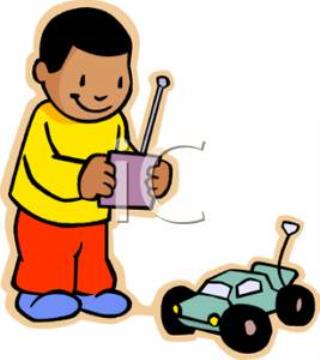 I have been a radio control land vehicle enthusiast since the 80's, when competitive R/C racing first hit the scene. I became a fan of Tamiya in particular because of their tendency to excel in realism and the low cost. During the 80's , I was in the Air Force and a week-end warrior at our local r/c track here in the US. Our track was an out door off-road one located behind the R/C retail Shop. My Son and I raced almost every weekend there in the Tamiya class with my Blackfoot truck and his Monster Beetle buggy. We had lots of fun and collected many trophies. There were many contestants in the category so the competition was fun and fierce. We broke a lot of parts. It didn't matter. We enjoyed that class of R/C and would go on to race and build many more Tamiya kits, both off-road and on. As the years pasted, radio control racing became dominated by the more durable kits and serious R/C racing companies like Associated and Losi to name a couple. Although I acquired, built and enjoyed running a couple of these kits, the expense for me was unrealistic to sustain and I moved on to other hobbies leaving my r/c fix behind. In the early 2000's, after retiring from the force and my second 20 year career, I ventured back to my passion with Tamiya and proceeded to begin restoring my collection to what it was and beyond. I really regretted selling some of my originals back in the day but, we moved around the world a great deal so, I gave myself a pass for the commitment I had to fulfill for our country. I have since put together a satisfactory collection of my favorite Tamiya models and in particular, the ones my Son and I use to own and race every weekend. (Haven't posted those as yet.) I also re-discovered a couple of fixable but inherently weak points on the chassis of the 'A' type framed blackfoot, Monster Beetle and Frog models. So I'm working on the improvements there which are readily available on the market today. Wish they were around back in the 80's. As time permits, I will continue to share some photos of my collection in hopes you enjoy seeing them as I do so enjoy building and running them on occasion. I have also gone on to dabble in what I referred to earlier as the more serious racing at our local indoor off-road track here in my community. But, then again now with the pandemic we are now experiencing, who knows what the future will hold for R/C racing in the future due to clubs having to close down like so many other businesses with loss of revenue. For now, I'm still tweaking and building, hoping for the best. My hope is that all of you members out there find time to devote to your passions as I'm doing to get through these times. Take Care.
Updated: 04/11/2020