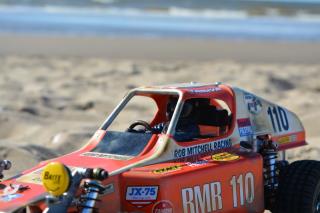 As teenager owned a Subaru Brat and Fast Attack Vehicle.
...which somehow got lost when life happened...

After decades my interest fired back up and I bought the Rough Rider (Re-Re) and XV-01 Gazoo Racing TRD86.
Both have many hop ups and sensored brushless 13.5T installed for that little extra power without going overboard.
Followed by purchase of the famous Sand Scorcher (2010).

A new rear suspension has been ordered as well as a 3D printed VW flat four (S2G2 RC Mods) to complete the engine bay (see reference pictures) for the Sand Scorcher.

Definitely not box art standard built, but my impression of a stained 'rough' rider.


Update 31/8/2017:
RC channel's metal kit has been installed. Had to fiddle a bit to get the slipper clutch (DF-03) fit together with the kit, but made it work.
Received the 3d printed VW flat four and started painting.