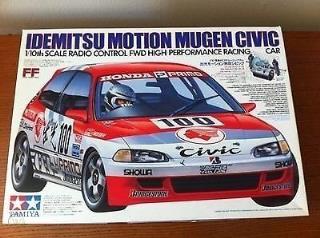 Born in the 80ies

It all started with the Monster Beetle when I was 7 years old... still remember that happy birthday gift moment :-)

Many years later, a friend of mine kept on pushing me to buy an RC warbird and after finally giving in... started wondering how the RC Car world had moved in the past 20 years... and where those boxes with my old RC cars had actually gone.

Only to recently realise my biggest sin ever... the boxes (apparently) being thrown away in a series of movements!

So now reviving that childhood happiness again... mainly collecting Tamiya RC, but some models of other makes as well.