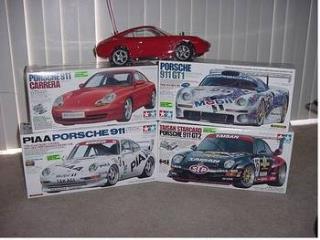 I have been in the hobby since mid to late 70's. The first car my brother and I got was the Countach, then it was followed by the Latrax Firebird my Dad gave us. Then came the F-150 SRB followed by the Subaru Brat. Within the past few years(2000- ) I have been more involved with collecting and my collection has grown. I own a few of my favorite cars, some of them are in project stage, some new in box. 2007ish update: I paused with collecting for a few years and got into flying planes and helicopters and also sailing boats. I then started collecting planes and boats. 2011ish update: started collecting and restoring cars again. In my collection I also have 12 planes and 4 boats, and one micro RC fish. I will be adding to my showroom as time allows.