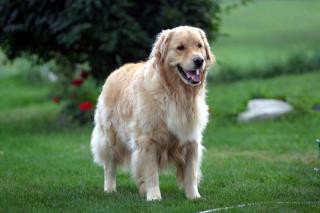 FYI. I changed my TC name from imagesofmotorsport to mrlexan, a prelim sign of great things to come. 01-15-06.


My RC history started, I would say, long before I was born. Besides being a private pilot himself, my grandfather was into building his own model, rubber band, control line, and R/C airplanes when he was a kid. Naturally, idolizing my grandfather, as both my brother and I did, we developed an interest into R/Cing at an early age and when we could begin to really understand what it all was about.

The other thing we did as a family, was being autoracing fans. My father attended his first Sports Car Race at the 12 hours of Sebring, I want to say in 1955 or so. When he and my mother had children, the legacy of going to both the 24 hours of Daytona and Sebring continued (even to this day, I rarely ever miss Sebring, and I am 33 [2005]). Since I am on that subject, one of my other money pits is motorsports photography. I have been shooting for just about 10 years now, some print and some web. I call it my true stress reliever. Although longing for an update, take a look at my website, using the link above.

You should now start to see the connection, R/C planes and autoracing..... that lead to me flipping through the pages of my grandfathers old RC Modeler magazines and pointing to what I begged and pleaded for growing up, RC Cars! My first memories (that I can remember) was wanting either the Tamiya Ford Ranger F-150 or the Kyosho Wildcat. Grandpa said that a kid in his pre-teens could not handle a gas car and he also thought that the F-150 was outdated at the time (it really was). So seeing that I wanted a truck, he bought me the Subaru Brat and my brother the Holiday Buggy that year for Christmas. I cannot remember the year but I would guess that it was 1983, the year the Brat was released. That puts me at 11 years old.


Throughout the years, I owned a Lamborghini CS, Hornet, Marui Hunter, RC10, Optima Mid then dumped just about everything I had in High School. Although I still held onto just three aftermarket bodies, a unpainted Camaro, painted Tamiya 956, and a painted Parma Mustang Probe GTP (the only one I still have left and it is in my showroom). I relocated, along with my wife from Florida to Michigan in 1997 for work. At about the same time, I discovered what most of the rest of us did around that time, EBAY, and ran across a NIB Tamtech Ford Mustang Probe GTP from the UK. Loving that car as kid when I went to Daytona and Sebring, I HAD TO HAVE IT. That was the end of my 10 year RC dry spell.


Today I have big interest in Sports Car Racing/IMSA/LeMans racers, especially in lexan bodies (I probably have over 200 and it grows daily). The goal there is to replicate as many of the 1:1 race cars from the old IMSA series and Le Mans series. I am always looking for more unusal bodies, so let me know what you have. I also have a strong interest in those in which I wanted as a child and never could afford or got (ie. the Schumacher Cat XL, Early Yokomo buggies, just to name a few). Over the past year or so, I have met some great people hear on TC, of which have opened my eyes to many differents things. As a result of that I have also become interested in very unusual and rare kits. Problem there is, they come up once in a blue moon, they are on the other side of the world, and they end up costing a pretty penny. Take some time and take a look at my showroom and trades. I hope that you like what you see. Thanks!