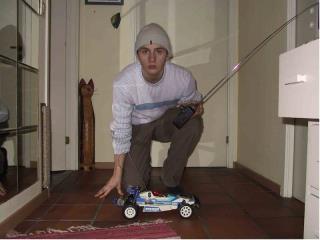 I started collecting tamiya rc-cars back in 1997. The main reason why I bought my first car at that time was because of mye friends.
Some of them had been into the hobby for a while, and now also I wanted to join them.
The interest of cassic tamiya cars came later.