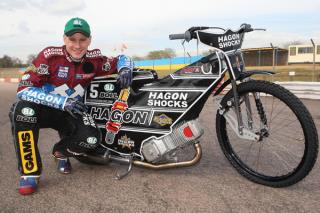 It all started for me way back in approximately 1985 (when I was 7). I asked my parents for an R/C car and that Xmas I was duly presented with a 1/12 Taiyo Citroen 2CV. I really took to it and it was used constantly. A year or two later I was bought a Nikko Frame Buggy (Black Fox). This was a big step up and was again this was used to the point of wearing out. I soon wanted something a bit better. I saw a Nikko Dictator in Toys R Us and used all my savings to get it. However it broke on the first day and was returned to the shop. My parents suggested I visit a local model shop to get some better advice. They drove me to Basildon (Essex), to a shop call 'Just Models'. After some time in their I was hooked on the idea of getting a Tamiya (Having recalled using my best freinds Grasshopper and being very impressed). The cars which caught my attention were the Super Sabre and Terra Scorcher. In the end I plumpted for the latter and have never looked back since! In time, pocket money assisted, I purchased a couple of other cheapish cars second hand, namely a Grasshopper & Midnight Pumpkin. This laid the foundations of my collection. The colllected built up to about 20 cars, however when I reached the age of 17 (in 1996) I sold the vast majoriy. I needed extra money to fund running a real car. At this time I still remained dedicated to the hobby as I continued to race my 1/10 buggy/touring car at my local track (Southend, Essex). Fast forward about 6 years and I was fortunate enough to be able to purchse my own home. Whilst moving my stuff out of my parents place I found my old original Midnight Pumpkin sitting unloved in the back of the garage. It was in too poor condition to be sold. I had used it last on a snowy day 6-7 years previous and had forgotten it's existance. It was in an awful state with perished tyres and rust everywhere. The body was long-gone! I was going to just bin it but I stuck a charged battery in and it burst into life! I enjoyed driving it so much that put it in the back of the car and set about cleaning it up as soon as I got back to my new home. I enjoyed cleaning & rebuilding it just as much so that sparked my ebay account to be setup with a few new bits and a NIB body set. From then on I've built my collection to well over 100 cars! One of my favourites are RC10's. I have tried to replace all those cars I sold when I was 17. I wish I could get back my old Terra Scorcher but sadly it's probably no longer in existance.