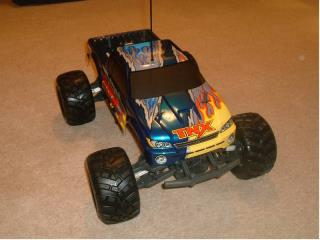 Returning to Tamiya after a LONG absence, started with the infamous Sand Scorcher in 1982. The daily drive has now been passed to my son who thinks the Wild Willy 2 is great and he has loads of fun with it . I Recently completed a hilux project which has now been sold on. Other wise, having recently seen a Tamiya TNX running, spent next 5 days finding out the best deals and am now the proud owner of one which I plan to run around my rather large garden - Can't wait .......... Just acquired a part built XR311 which is absolutely MINT and never run. a great find