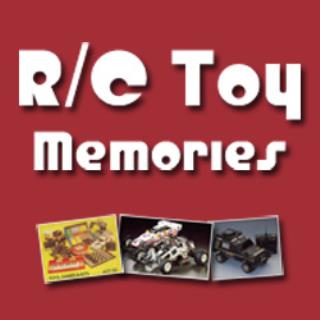 
I began actively collecting and restoring vintage Tamiyas in about 1992, as even by then I felt that the cars of the 1980s 'Golden Era' were something special that would never be repeated in quite the same way.


The Internet arrived in about 1996, and I can remember when there were barely any websites related to Tamiya. But gradually sites like those of Hiro, Roby and Blazer Frazer began to appear, and 'vintage R/C' started to develop it's own communities of enthusiasts. I joined eBay in 1999 and started to buy many things I didn't think I would ever find, particular NIB vintage kits. I mostly just bought things, and lurked on a few forums to see what other collectors were interested in. In those days, Tamiyaclub didn't really exist, except as an early type of message board.


I love to collect vintage kits and ready-to-run models, preferably new in box. Either to keep unbuilt or to build later and relive the fun of the 1980s. I'm not interested in modern racing and high performance. And I'm a real stickler for 1980s originality too - right down to plastic bearings and mechanical speed controls. It's all about the fun of doing things exactly as they were back when we were kids, and running the cars to original spec.


I have no interest in reissues, other than knowing the differences between originals and reissues.


My favourite R/C models are the old, realistic buggies and off roaders, mainly from the first 60 models, with a few later exceptions. My collection spans other brands too, including Kyosho, Mugen, Marui, AYK etc. I also have many early 80s toy-grade R/C vehicles from Nikko, Taiyo, Shinsei, Matsushiro and others, which is where my interest in R/C cars first began. Some of these are now worth more than vintage hobby-grade kits.


In 2012 I started a little R/C nostalgia blog about the things I've found over the years, which is where you will see photos of items in my collection...


I also sell vintage original R/C items of all kinds through my website, and have sold hundreds of items over the years.


Some time in early 2013, I decided to leave Tamiyaclub for a while, to focus on my website. I had also become a bit disenchanted with Tamiyaclub and some of it's strange policies toward longtime (and clearly genuine) vintage R/C collectors.


As of late 2015, I returned here after seeing some forum topics I could contribute to. Tamiyaclub remains a useful resource, thanks to the content uploaded and discussed by it's members. Though, while I have been fairly active on the Tamiyaclub forums over the years, I have always preferred to post my own collection photos and thoughts on my own website where I can do things under my own terms. This is why you won't find anything in my Tamiyaclub showroom or trading area.


My best point of contact remains my website. So feel free to drop me a line there sometime, if you want to get in touch - it's always great to hear from others.