Third car I forgot I had in the loft! One of Tamiyas odd ball bodies, however I ve got 2 more odd ball bodies that will fit it including a very rare 92034 Dash 1 Emperor body set, taken from the mini 4WD series.

CoroCoro Comic is a childrens comic which in the early 80s one of the stories featured a character called R/C Boy who (not surprisingly) raced R/C cars, thus leading to the Thunder/Fire/Super/Saint Dragon range of bodies and the R/C Boys range of basic R/C cars. The bodies were originally available as replacement bodies for the Grasshopper and Hornet, with all except the Super Dragon being released later as the 4WD chassis. I believe the hero of the story drove the Super Dragon. The black character with the open mouth on the stickers is the logo for CoroCoro Comic.

CoroCoro used to feature articles on the Mini 4WDs, showing children how to modify and improve the performance of them, as the children could afford to buy them compared with the very high cost of R/C cars. In 1986 due to the popularity of the Mini 4WDs the publisher of CoroCoro approached Tamiya to create a story in the comic featuring them, called Dash! Yonkuro, like R/C Boy it's about rival groups of children racing the cars. CoroCoro Comic also sponsored the Tamiya Grand Prix, originally an R/C event that lent R/C cars to children to run around. As a sideshow they included Mini 4WD tracks that proved more popular amongst the kids than the R/C cars, so it became a Mini 4WD event, attracting up to 70,000 (yes, thousand!) competitors in it's heyday. The Mini 4WD phenomenon grew so much Dash! Yonkuro became a cartoon TV series.

Unfortunately as the kids grew up the popularity waned in the early 90s, and Dash! Yonkuro disappeared. In 1993 Tamiya redesigned the cars, again promoted by CoroCoro Comic. The publishers released a new story called Bakusokyodai: Let's and Go. The artist for Bakusokyodai was used by Tamiya for the weird and wonderful Mini 4WD body designs we have had ever since, his sketches were converted into cars by Tamiyas designers.

You might notice a lack of anything R/C here, that's' because their popularity was limited amongst the young children the comics and TV cartoon were aimed at. The Dragon bodies were based on cars in the Dash! Yonkuro stories and were also made as Mini 4WD chassis.

A google for Dash Yonkuro will throw up plenty of information about the cartoon.

As Terry has said above the Super/Fire and Thunder Dragon bodies were made for the Hornet and Grasshopper chassis which is why the Fire Dragon body looks odd over the back of the 4WD chassis it was then put on as a kit. The Winger body comes from BomBom(BonBon) コミックボンボン comic

Managed to put a timeline together for all the Coro Coro etc cars and body sets. Hope this helps?

11/1986 No Part no. Fire Dragon Body Set (Hornet chassis only) Release for Comic

04/1987 No Part no. Thunder Dragon Body Set (Hornet chassis only) Release for Comic 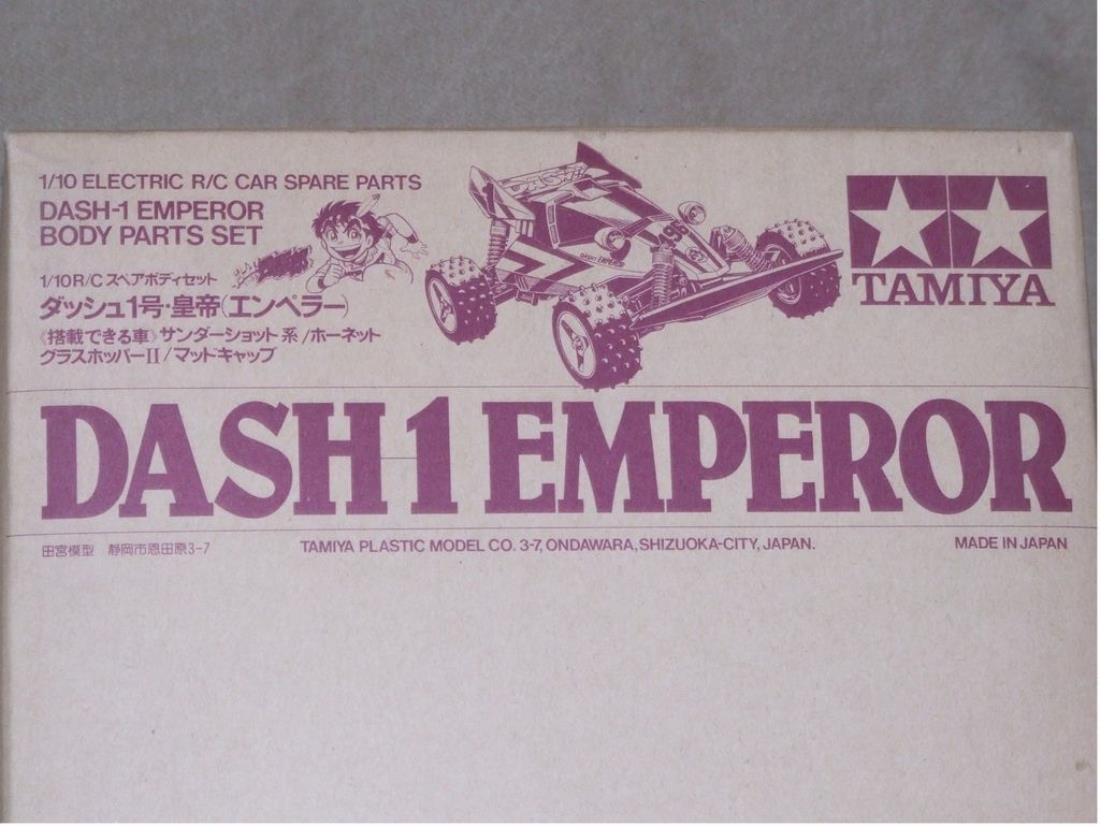 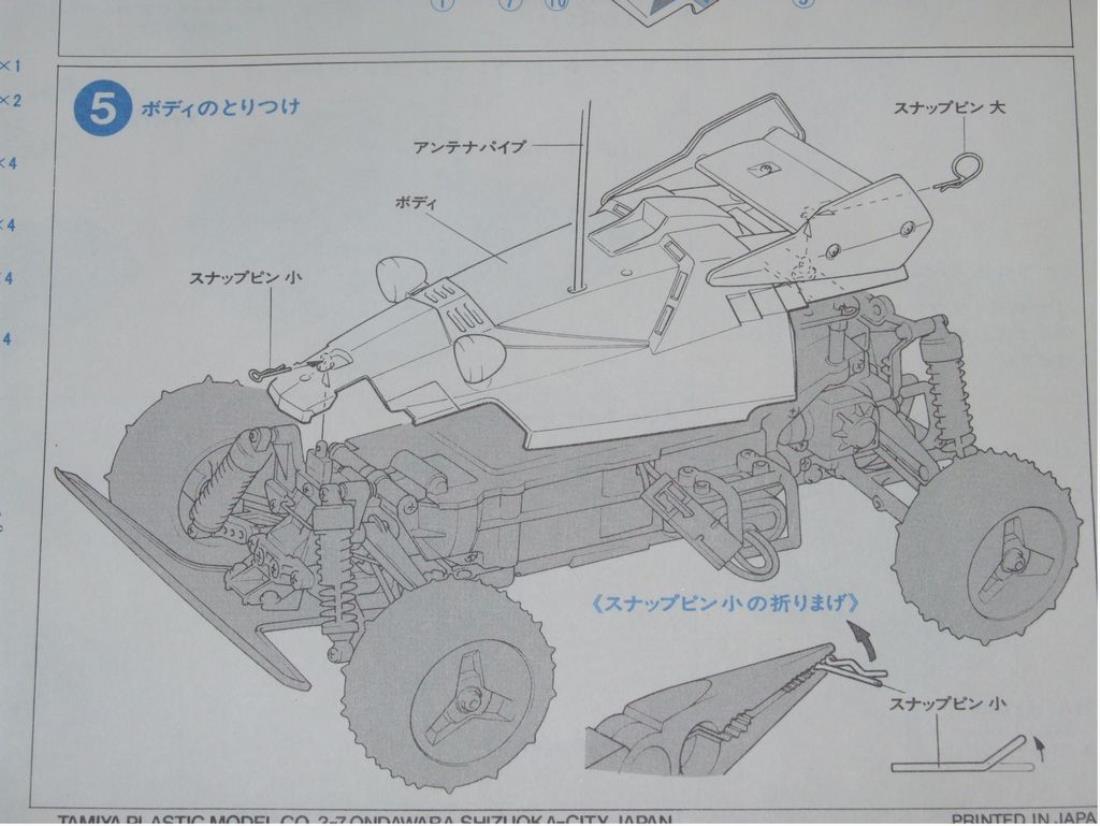 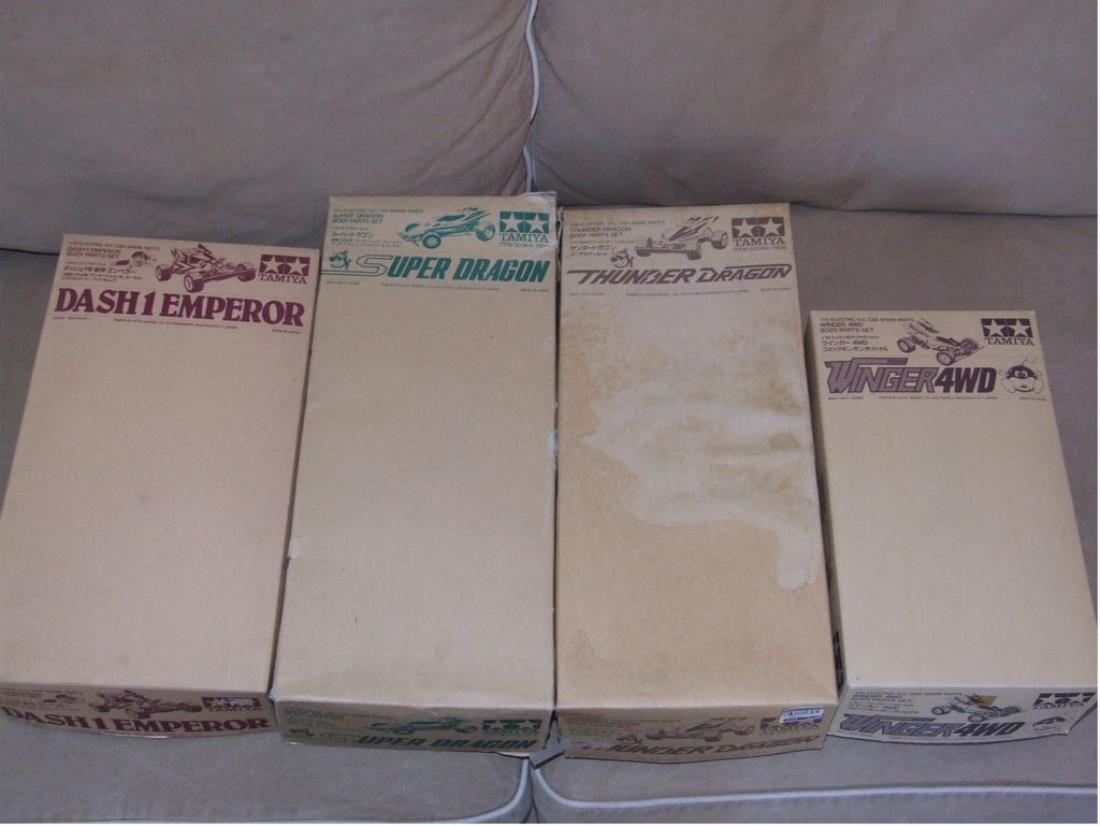 Wow, the oddball collection. Those are cool, yet weird. Nice collection. I don't have a spare St Dragon, but you are right in completing the anime collection, that is the one you need. I have a runner shell if you might want that, but it will need stripping down.

Wow! I've never heard of a Dash1 Emperor. Want one! I have a Winger, bought last year and bravely painted. I know the Winger is rare but that Emperor must be even more rare. I've only ever seen a couple of Super Dragons too. Absolutely brilliant stuff.

I've always referred to this bodies as 'bom-bom'. Is oddball what they're actually called?

John, the Dragon bodies were from a Japanese Comic book called Coro Coro. Have edited my description with more info.

Thanks for all the extra info! I now fully understand. The 1/10 Dash body is nowhere on the internet. Neither is the Winger bodykit. I'm still pleased I didn't keep my Winger NIB though (I think). Great vid as well TWINSET.

I forgot to mention, you can fix a Saint Dragon body to another car, I think it is the GrasshopperII chassis you can bolt it to, seriously. I have to find the bodyset instruction sheet paper to prove it though.

Chaps, have a look here in my showroom for an old magazine article: [Click here]
I am gutted I recently missed out on a Super Dragon bodyset. I cannot ever see me getting hold of one or the 1/10 Dash.