I received a comment regarding the lenght of my showroom entry’s description so from now on I will split them in two: facts only for the ones who are always in a hurry, the full story for the ones who like to know more about the car’s background. So here we go: The facts: Frog Re-Re, ball bearings, stock silver can motor, LRP ESC, Sanwa radio gear, aluminum bash guard, carbon covers for the chassis side********* The full story: I got a Frog for christmas 1985, it was my first RC car on competition level and also the first one I ever ran on a race track. Actually I never ran a Frog in competition because when I joined our local RC club about 1987 they where already out of style. I remember the gearbox being a weak point and the suspension wasn’t the best, too. Nevertheless I decided to buy a re-re Frog with an afterthought. About 60km from my home I found a RC track which is kind of old school without insane high obstacles. They ran a race series featuring a fun class with a simple rule: Dowatchalike! I think I might give my vintage Scorpion a go an enter the competition again. The only problem is that everytime I ran the Scorpion something broke so I doubt I will be able to withstand the abuse. Here is where the Frog enters the scene: If I find in practice that the Scorpion won’t do I will switch to plan B: The Frog. I’m quite sure it will be tough enough and even if it isn’t obtaining spare parts won’t be a big deal. Perhaps I will do some further modifications to the chassis beside the ones I already did: using touring car springs on the rear, additional radio deck inside the chassis adding an alloy bash guard and carbon side covers. I’m thinking about oil filled shock for the front end but couldn’t find CRP shock towers, yet. I might create something similar by myself. Back in the days Frogs were even more modified. In 1984 the first Rc Buggy national championship in Germany was won by a Frog. I managed to contact the 1984 champion through a German RC forum and received some usefull tipps. The main topic is actually the rear suspension and an adjustable motor mount which enables the owner to use more different pinions. Perhaps I will take on the challenge to re-create those vintage hop ups. 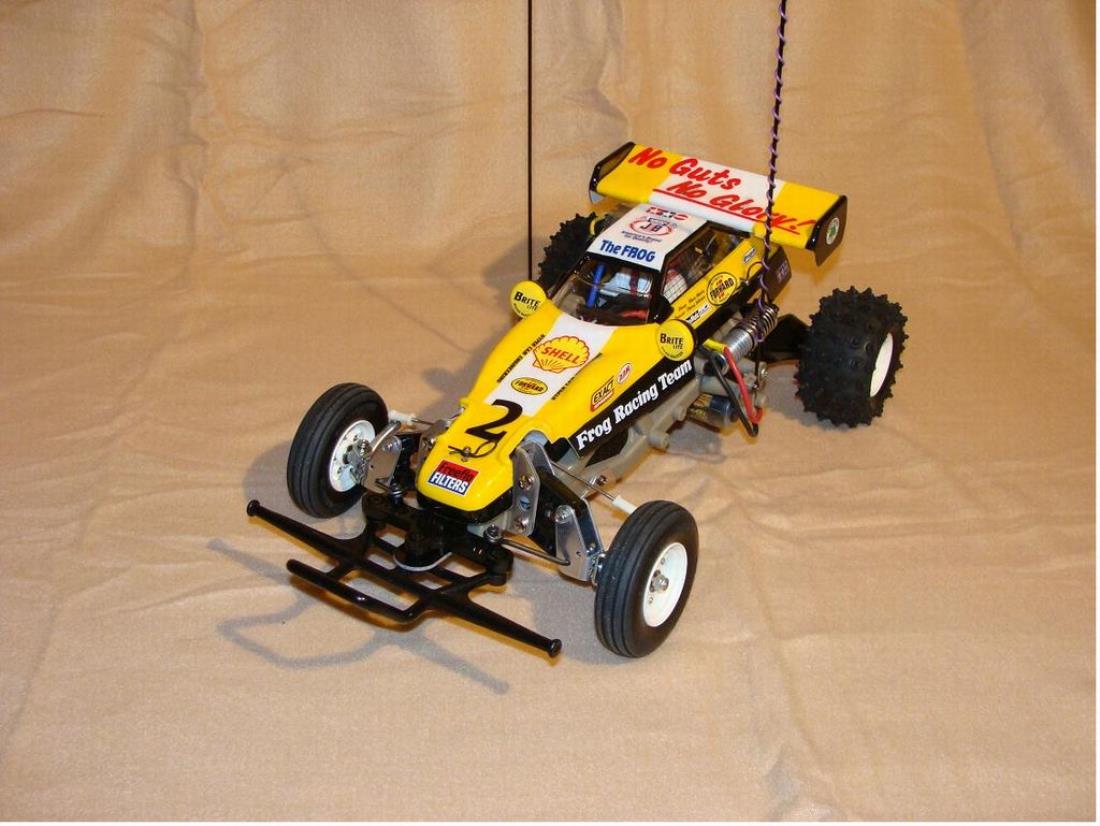 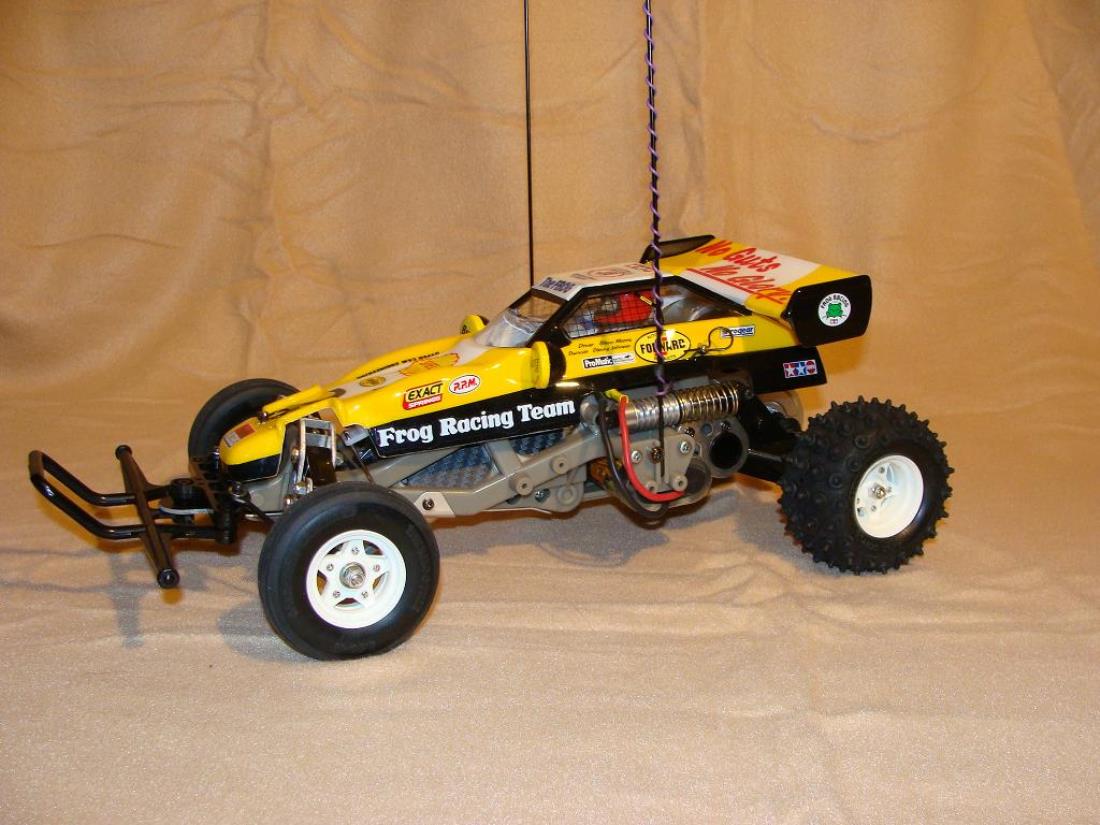 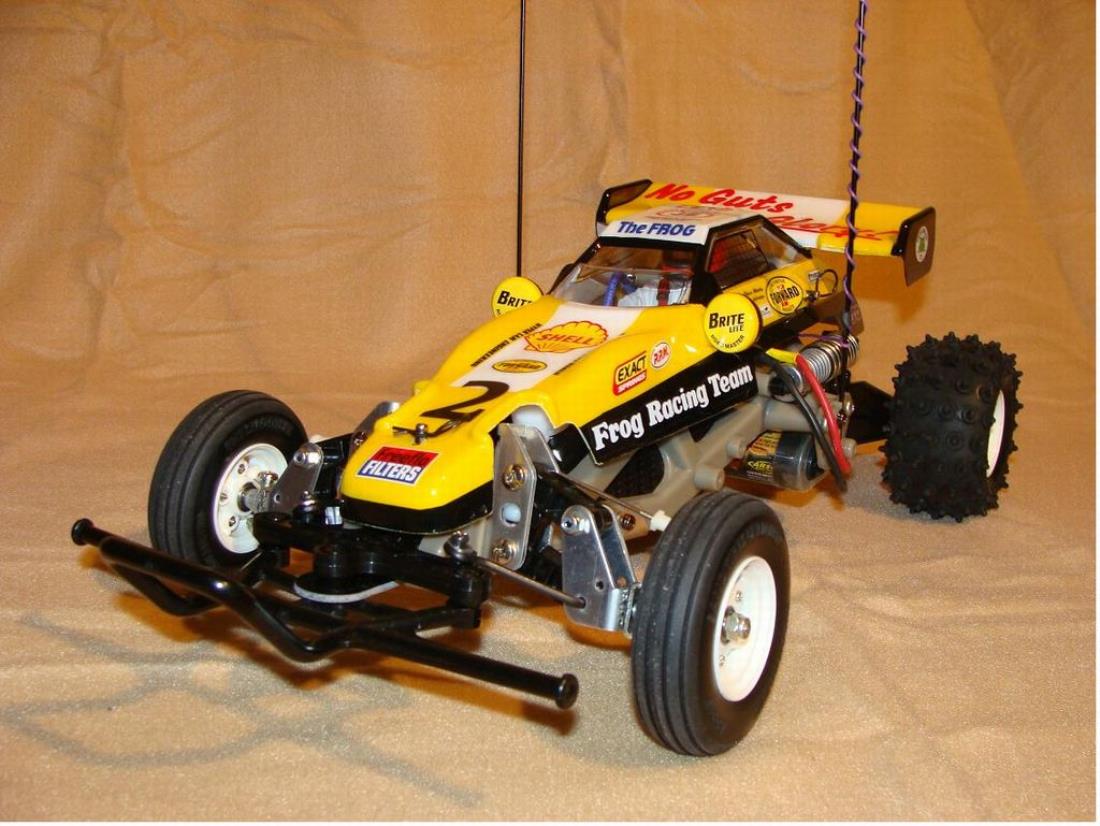 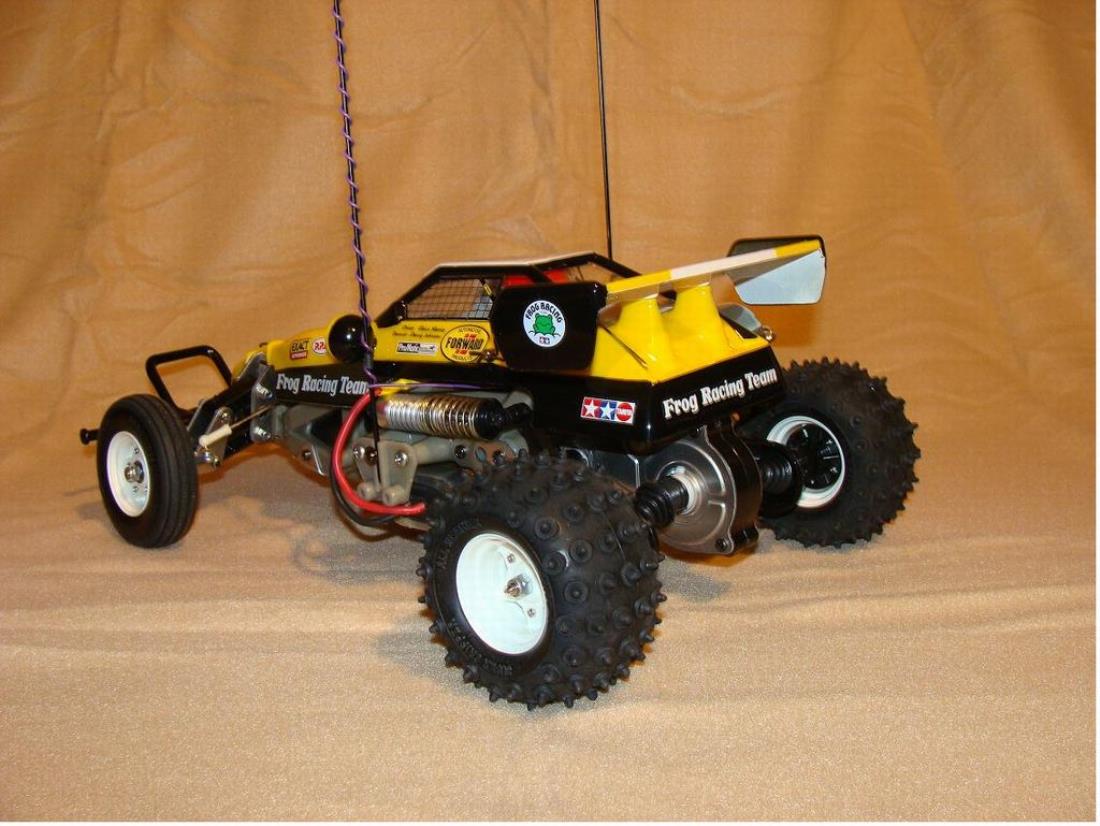 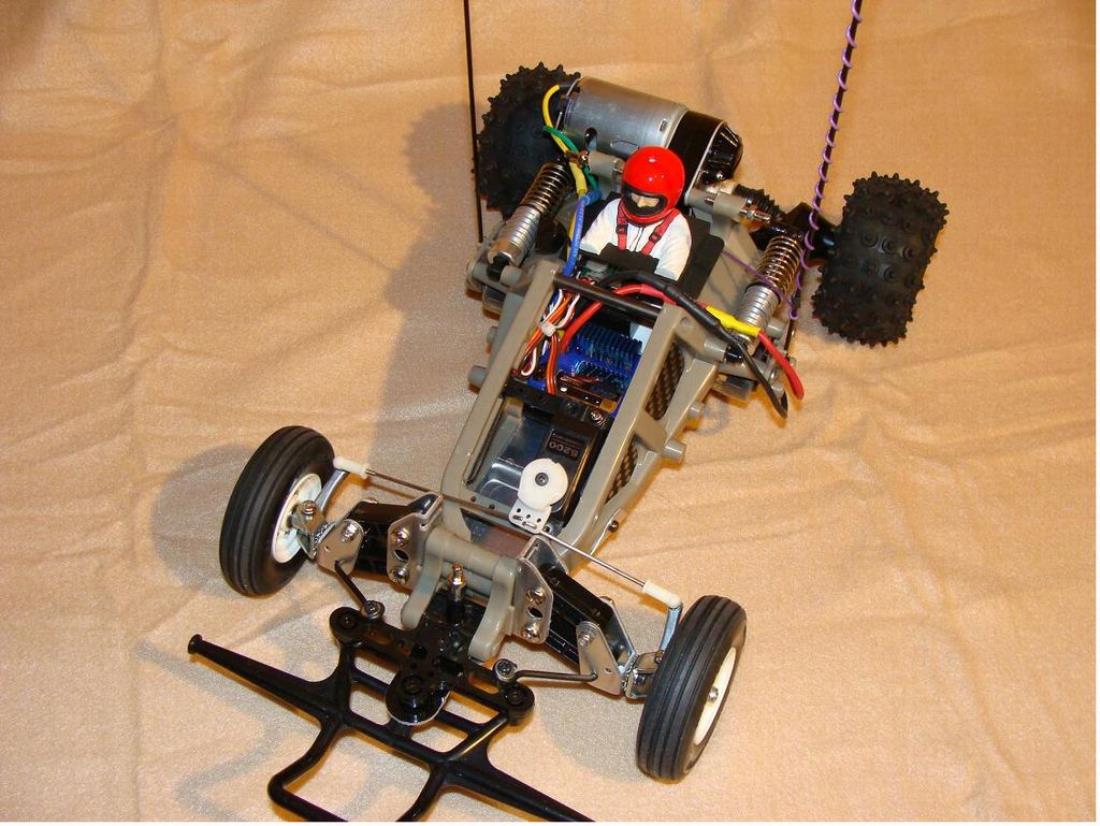 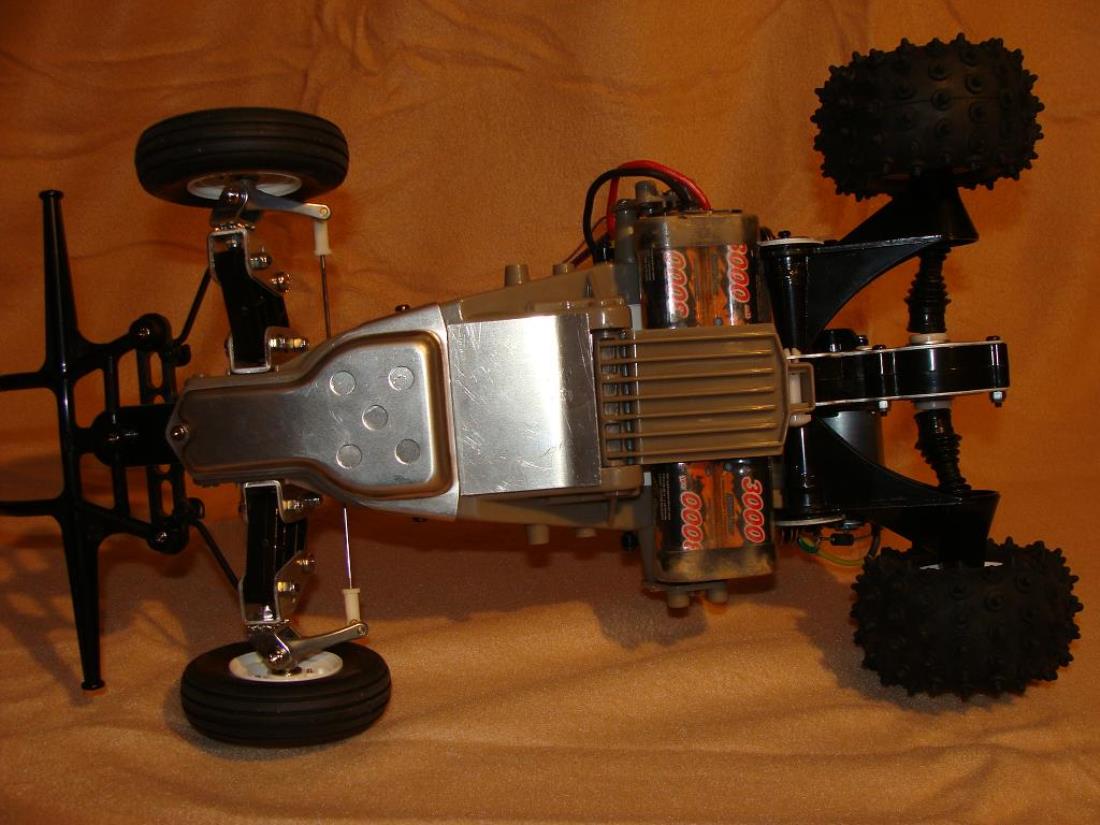 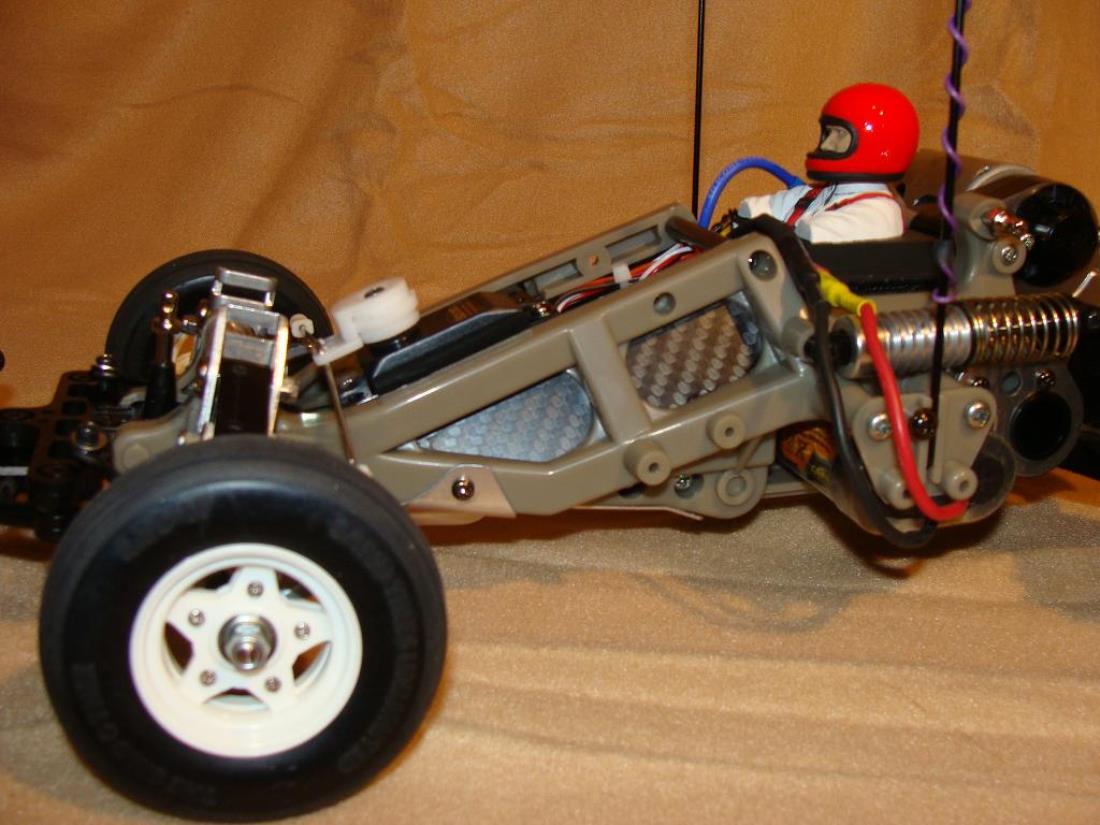 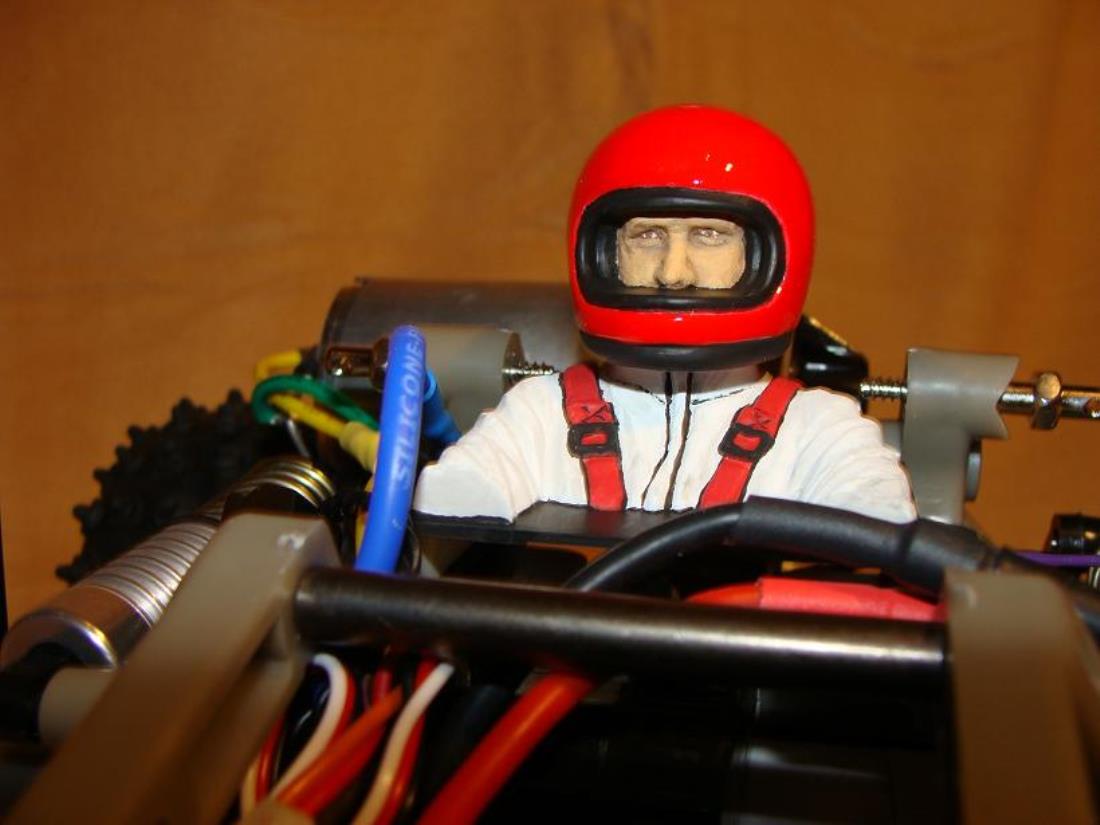 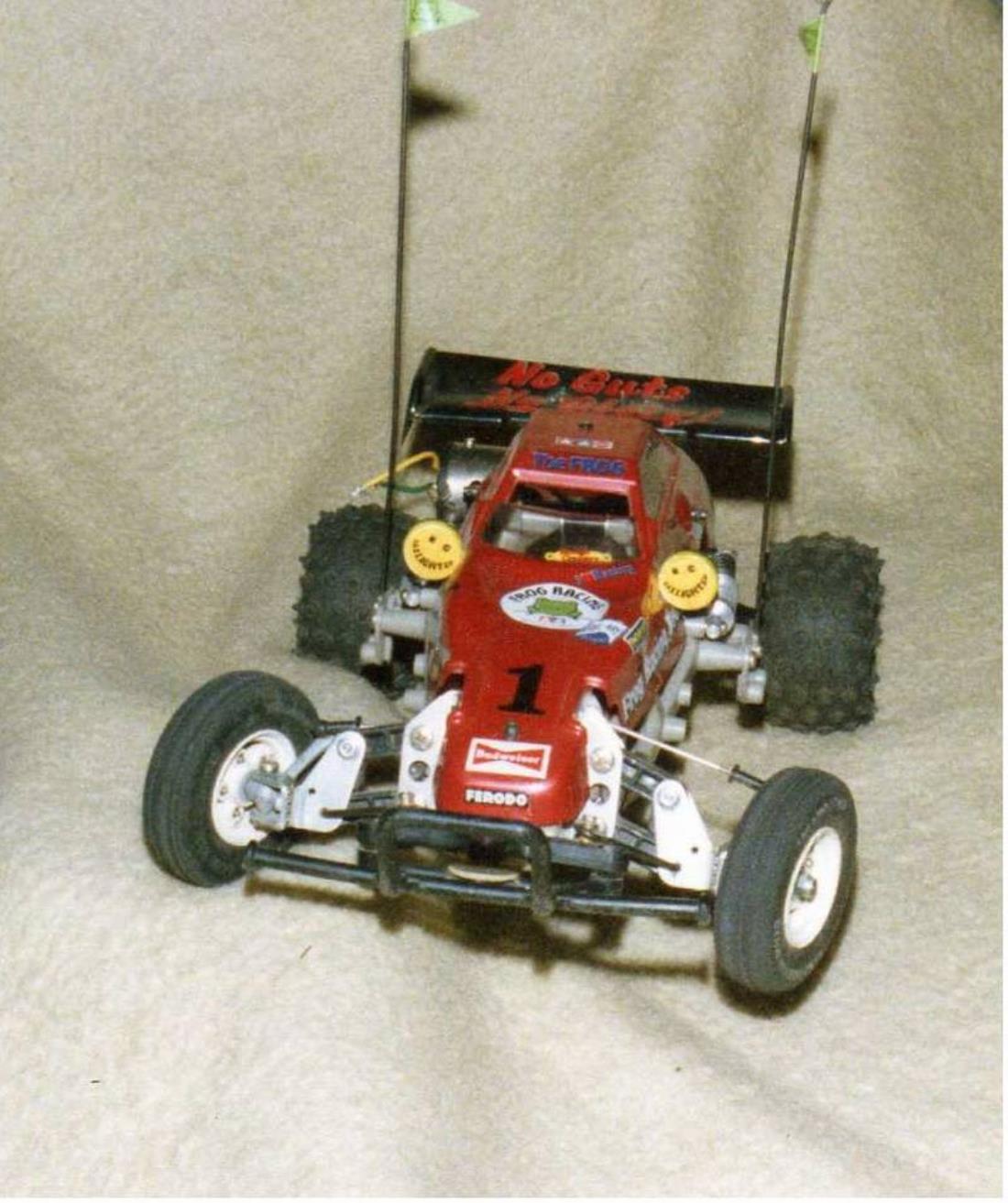 If you liked those pictures, you should see these...
My first Scorpion

Keep them long mate i like to here these stories its great stuff!! and a great looking frog and i like the paint job!!
and yes i had a brat in the 80s i put a technigold in it to keep up!! those damm dog bones drive shafts!! but both cars are part of tamiya folk law now!! Cheers buddy'MAD-BEE

Very nice story and super looking frog!! Probably by far my favourite paint scheme for this buggy. Nice one.

Very nice, do the touring car springs help the suspension by making it a little softer ?

I've seen the adjustable motor mounts and may still have a spare one in my parts supply (made by JG).. I think the one that I have got in the way of the Frog body though.. There was another by Team CRP (I believe) that was made from FRP and fit around the Frog body without any trouble.. Oh yeah, I like the long stories too

@ All: Thanks for the nice comments, guys!! @ Biscuit: Yes, the springs help a lot. @ DImblum: I would like to see some details of the JG motor mount, would you post some pics?

hi, try [Click here] they do some good custom parts for the frog, like aluminum front and rear arms. I have got parts by them and they are the business...currently upgrading my frog. I manage to get hold of some CRA parts but have not attached to car yet.

...and I'll always be happy to read your full length stories... keep them coming!