This is one of those cars that are a rarity, not just because Maxxums aren't out there in big numbers, but also because of the radical design. There have been only very few front wheel drive buggies: Very unfortunate, as it's a very interesting concept in my opinion.

Anyway, I got this car in semptember 2010 for 60 euros. The base of the car was decent, but the car did need a lot of attention. My intention was to restore it for running. This however never happened. The restoration came to a halt when my father's Dremel was lost around the time when I wanted to finish trimming the body... So the car and the parts sat waiting in a box, until this Monday.

As happy as I am to see it finished, I feel pretty sad about it too. I only finished the restoration to put it on sale soon, as I don't have the resources to buy electronics for it.

Apart from that, as spares I also have a new original gear cover, a spare new repro gear cover, new wheels, new shock towers, new bumpers, new steering parts and the parts that I replaced for the restoration. Even though it is certainly not new, this thing looks great on the shelf. :) However, the future buyer would not have to feel worried to run this car either!

PS: This car has been sold. 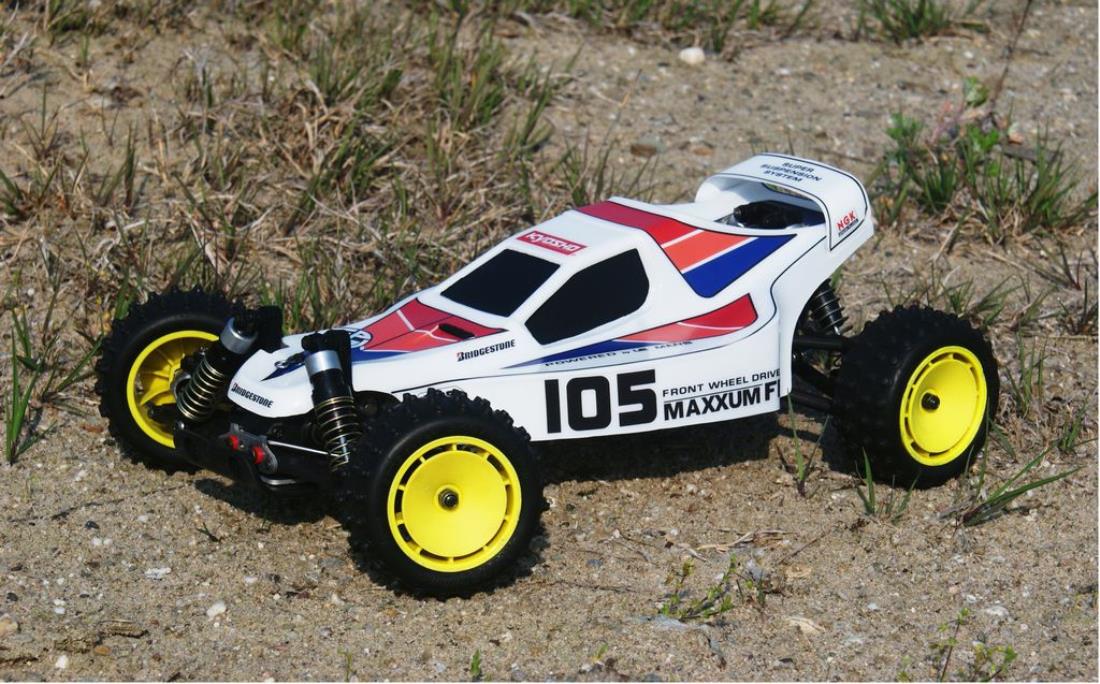 It came out much better than I expected... 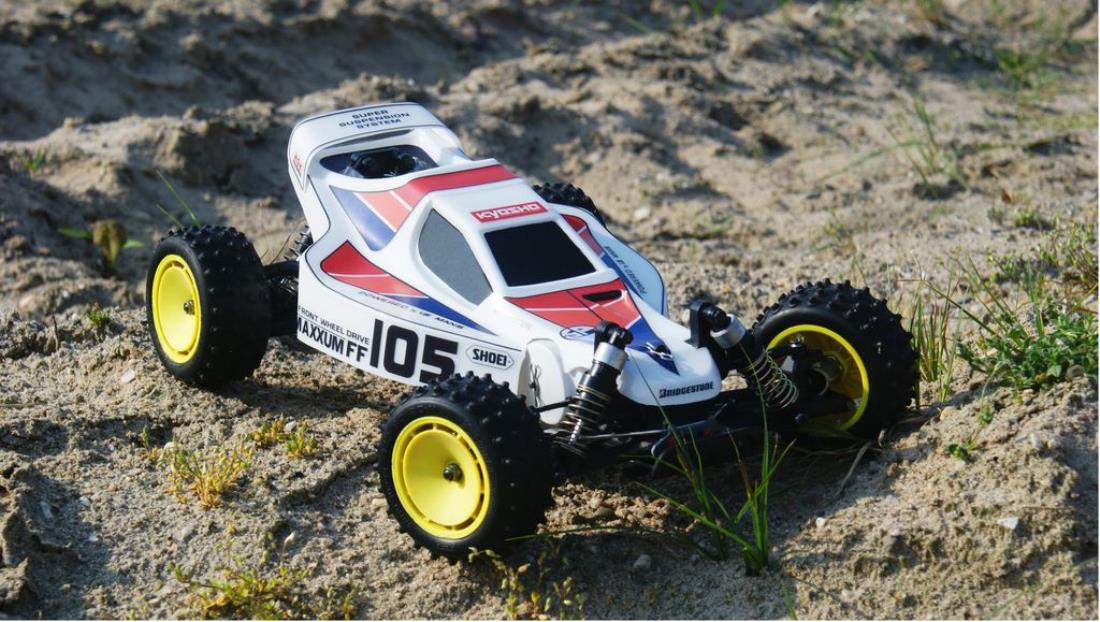 ...As my paintwork usually doesn't get an A+ 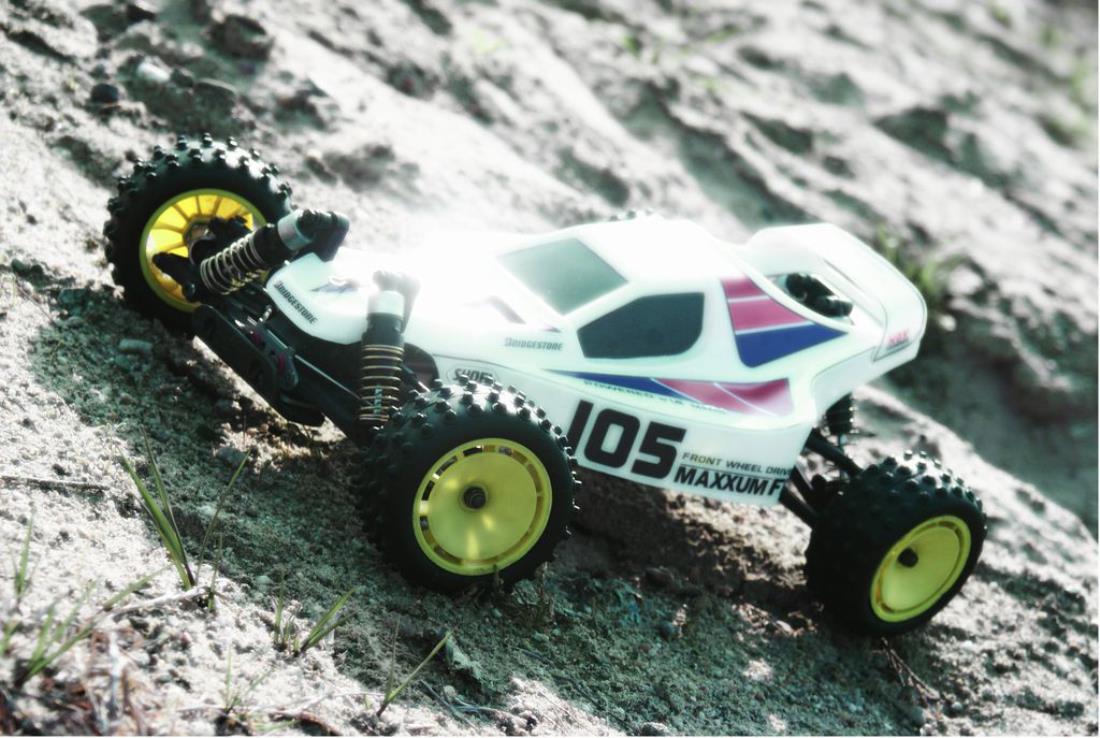 No Tamiya styling on this car... 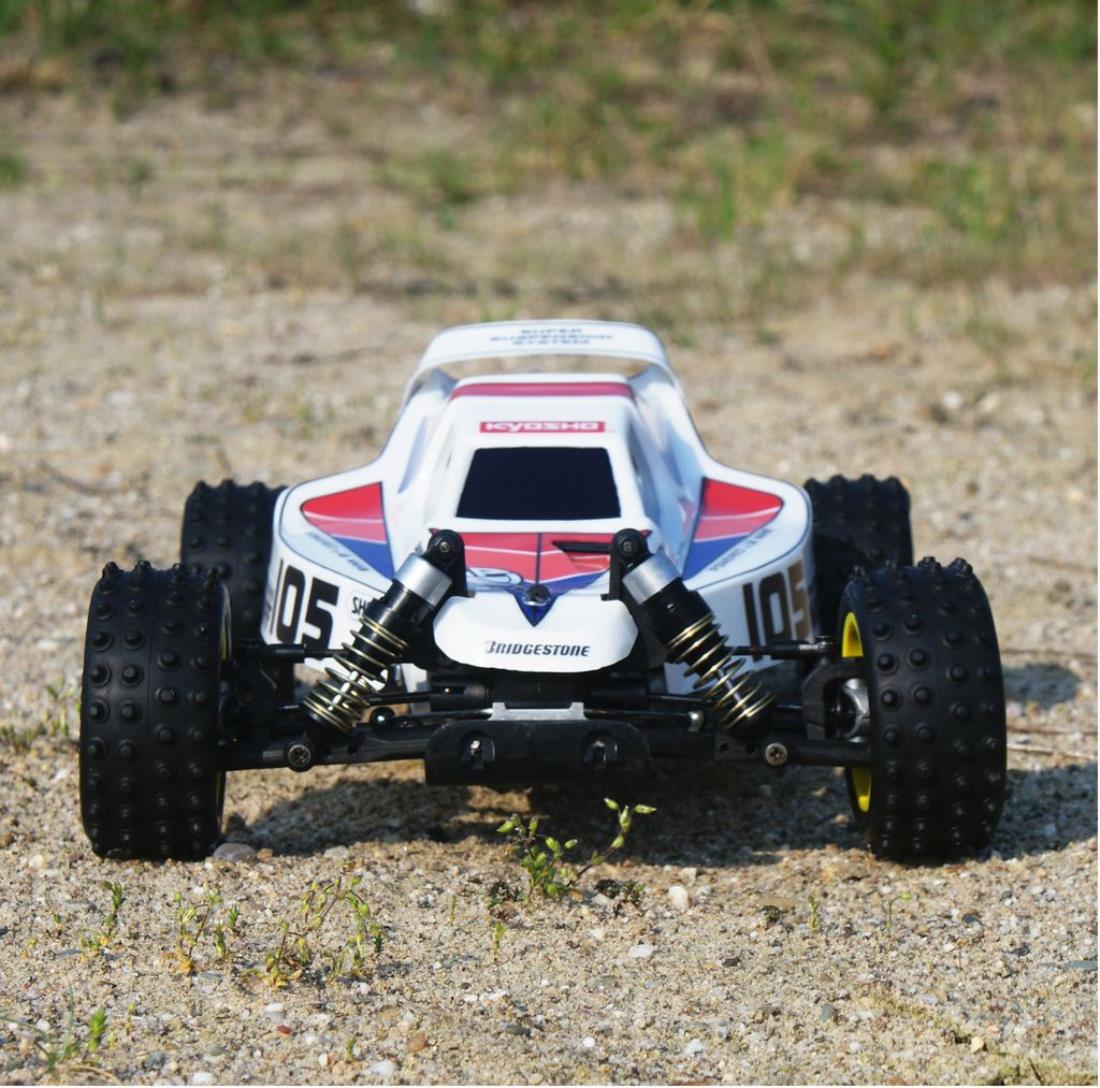 ...But a beautiful bodyshell and car all the same! 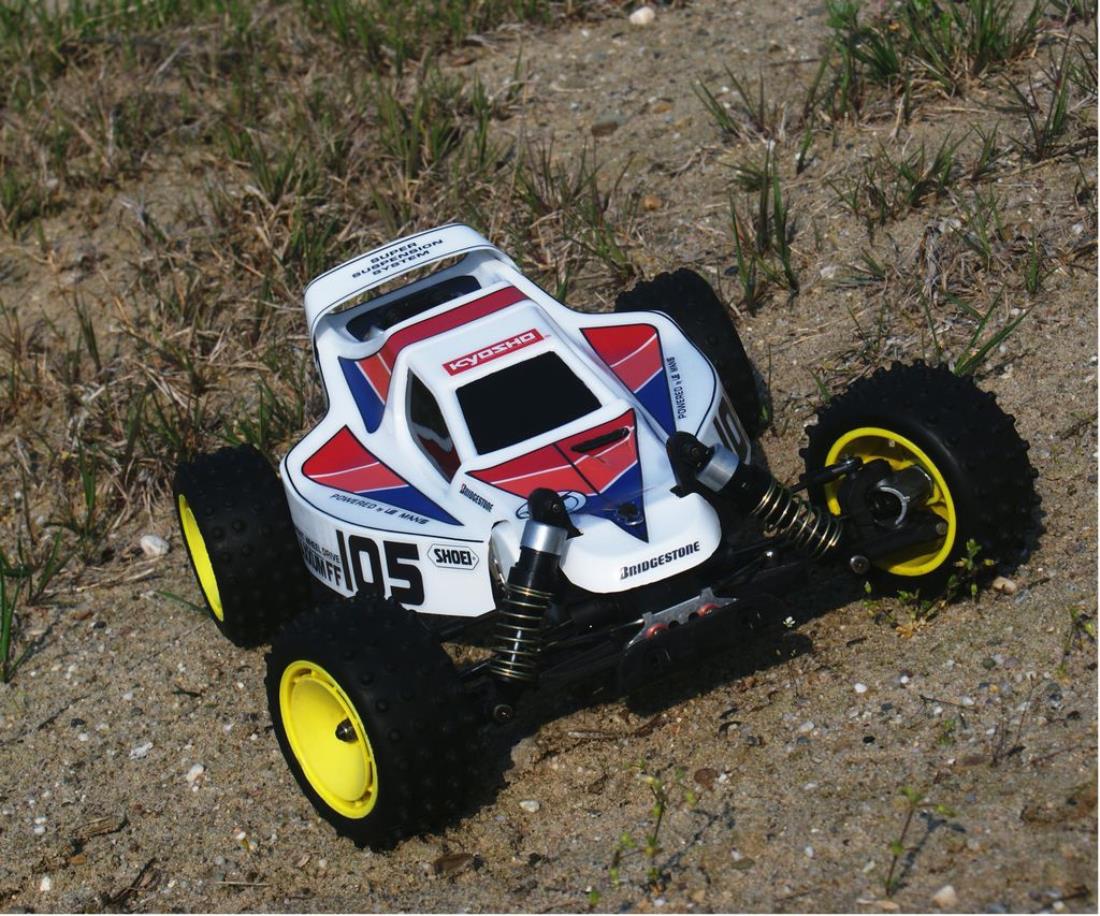 It feels like it will be a mistake to sell it! 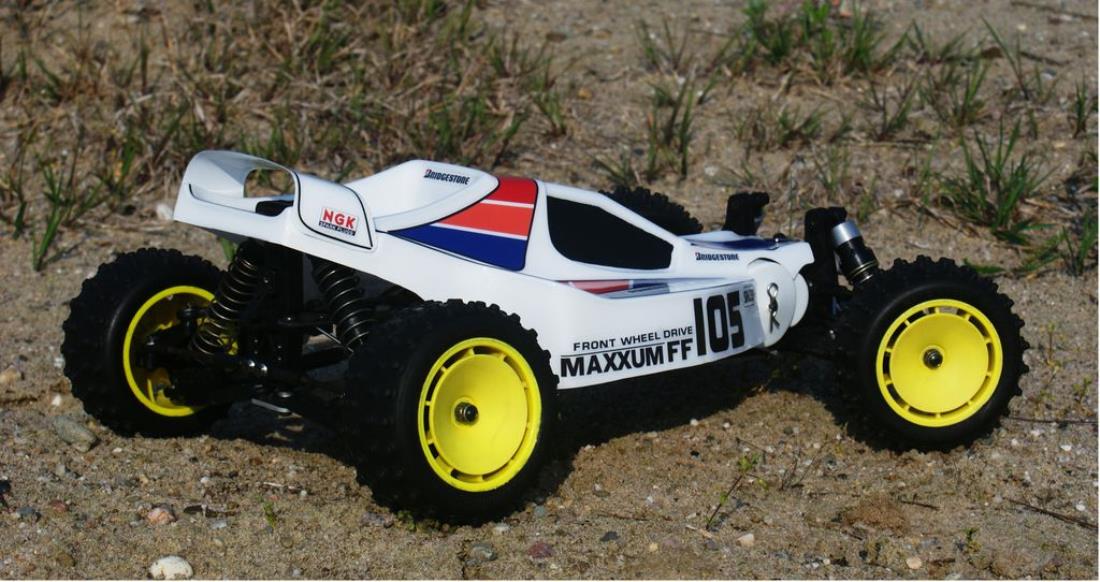 The value is considerable though... 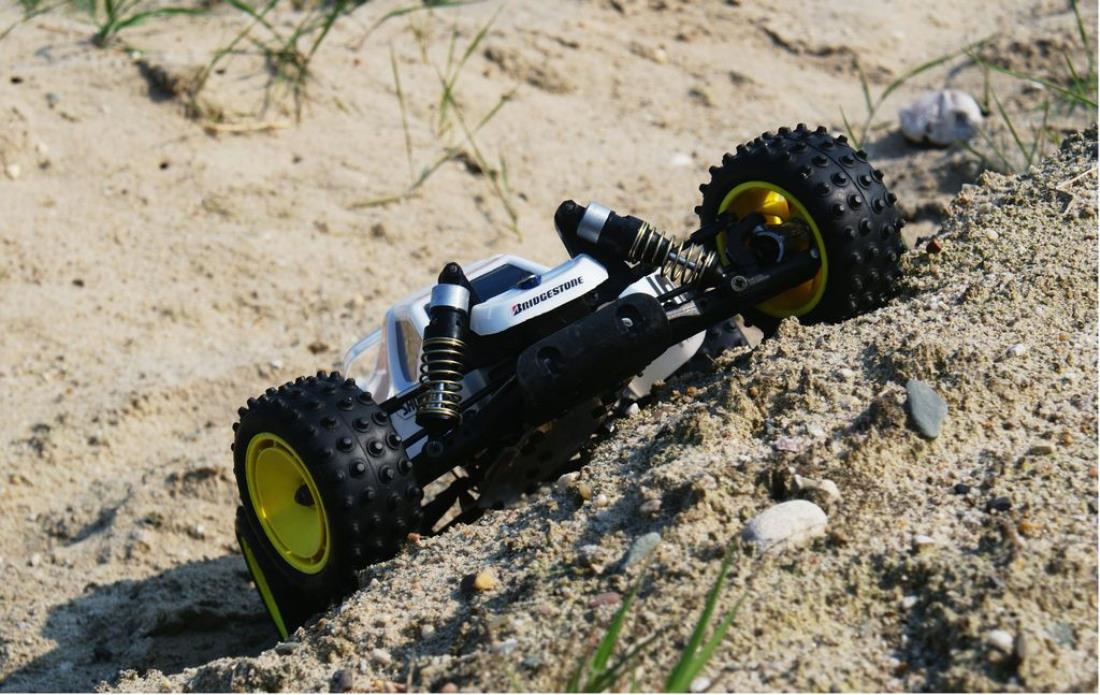 It's sitting in the perfect landscape to run it! 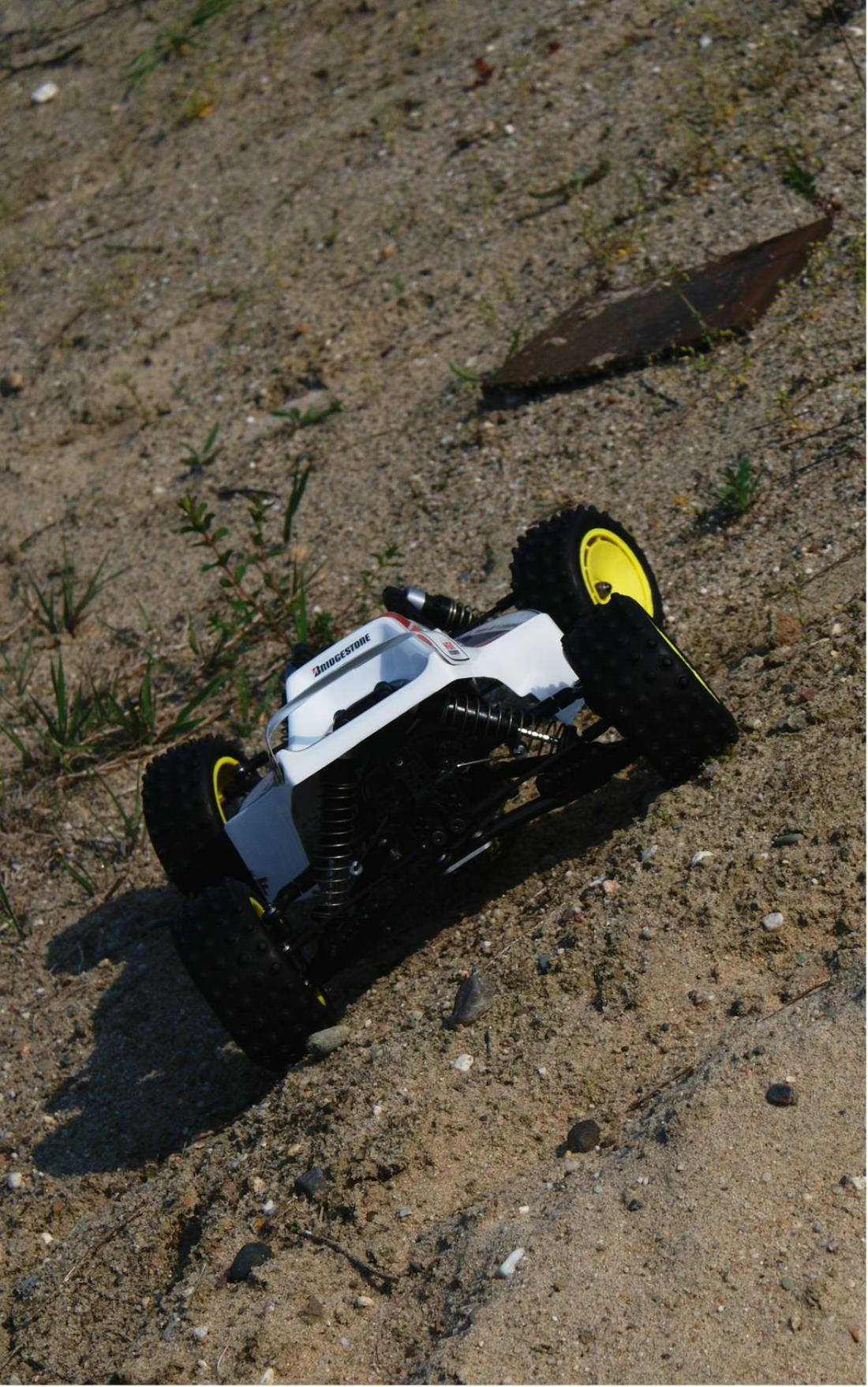 How I wish to see rooster tails on this picture! 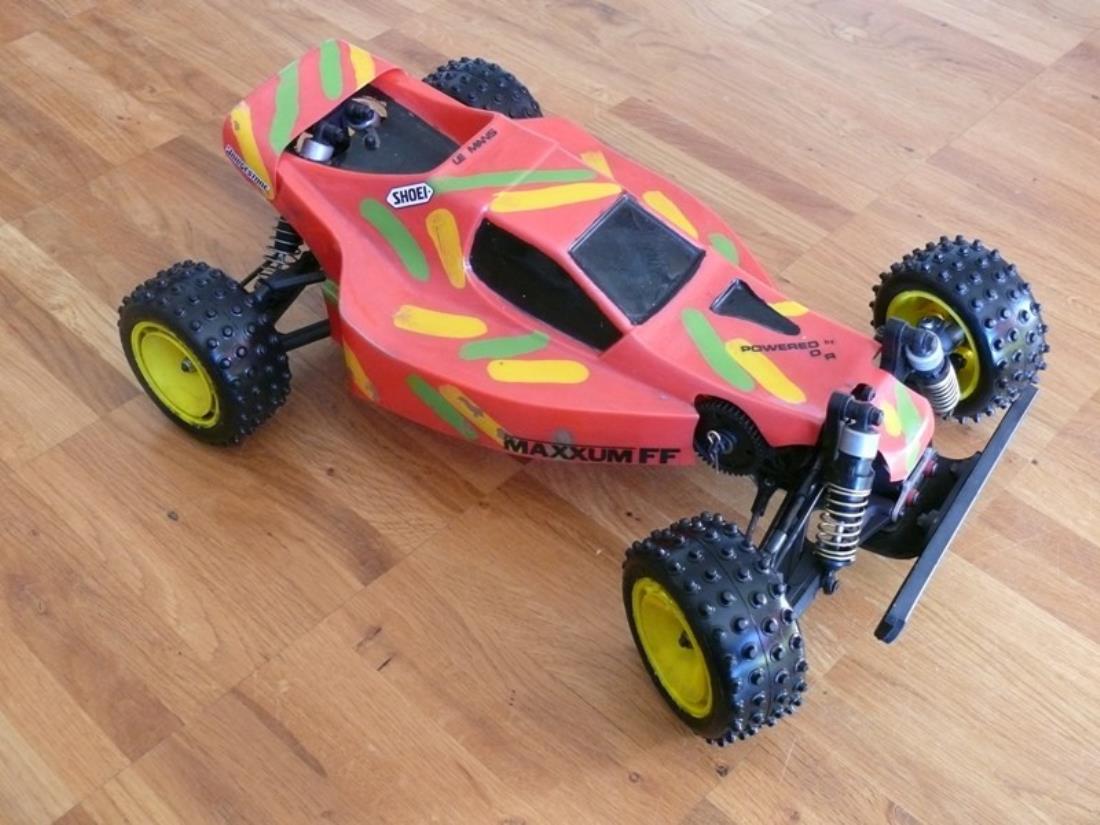 Love it! I too find it a very interesting design. Bought one myself. Very nice job!

Sweeeeeeeeeeeeeeet!! I wanted one of these soo bad as a kid. Jealous.

I think you did a nice job on this one

Thanks for the comments!

I'm glad you like it. I might wrap it in bubble plastic again and take it to another outdoor spot for another shoot, depending on how much time I have.

Nice - really cool looking buggy and a great resto job. This era of 'metal' Kyosho buggies were so great.

I used to have one when they first came out. Problem was that they did not get good traction. I made a chassis plate to accept another rear end from an Ultima. It had two motors on it. Very fast and cool. Put it back to stock later on and sold it. Good collector piece.

Another rare and cool kit! Even though I never owned one let alone ran one, I always thought it was cool looking for a Kyosho...