As a young kid I owned pretty much all of the toys, games & gismos from the 1970s & '80s that are now regarded as classics. Slot cars, train sets, Atari VCS, Big Trak, Astro Wars, Raleigh Grifters & Choppers etc etc...you know the drill. The only things that I wasn't really into that all of the other kids loved were BMX bikes (I preferred marauding around the streets on a Raleigh Bomber)...and Action Man. I'm not really sure why but maybe it was because the accessories that were available weren't, in my eyes, 'cool' enough.

Now, if Action Man had come with something as sweet looking as a Tamiya Fast Attack Vehicle it could all have been so different....although to be fair he did get his act together in the 1990s (see pic below) :)

This car was another one from my era that I admired. It was one of those that was featured on the summer 1985 promotional video, along with the Hotshot, Hornet, Frog, Grasshopper, Mitsubishi Pajero & Porsche 956 and it's amazing to think that they have all now been re-released. Happy days.

The other good news about this release was that a re-release Wild One was a near certainty to happen after it. This new FAV is actually in many ways just a Wild One that has been moulded into the FAV colour scheme because many of the parts that were unique to the original FAV have been replaced with Wild One items. I'm talking front arms (which were shorter on the FAV) and rollcage, along with beefed up gearbox housing that only featured on the Wild One.

For that reason I decided to source some original FAV parts such as the front arms & gearbox as I wanted to maintain some of the look of the original. The black rollcage and the fact this re-release is a slightly different shade of beige does not bother me because it still looks great and mine will be getting a proper paint job anyway. :) 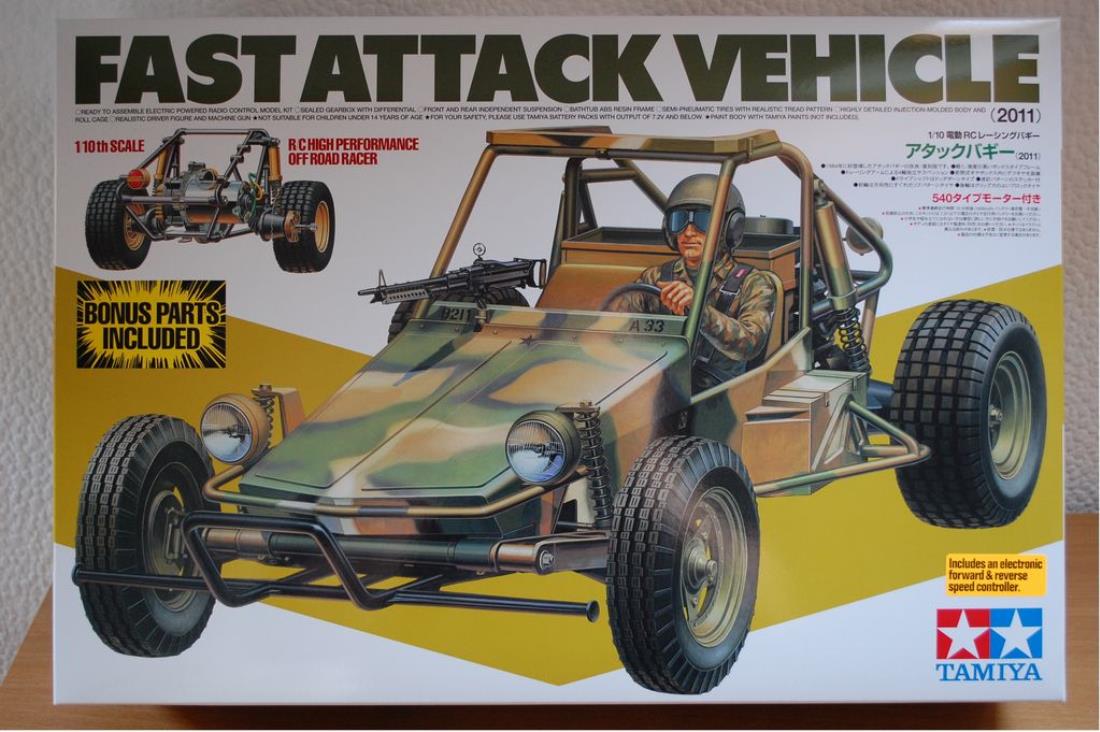 Yet more iconic box art brought back to life! 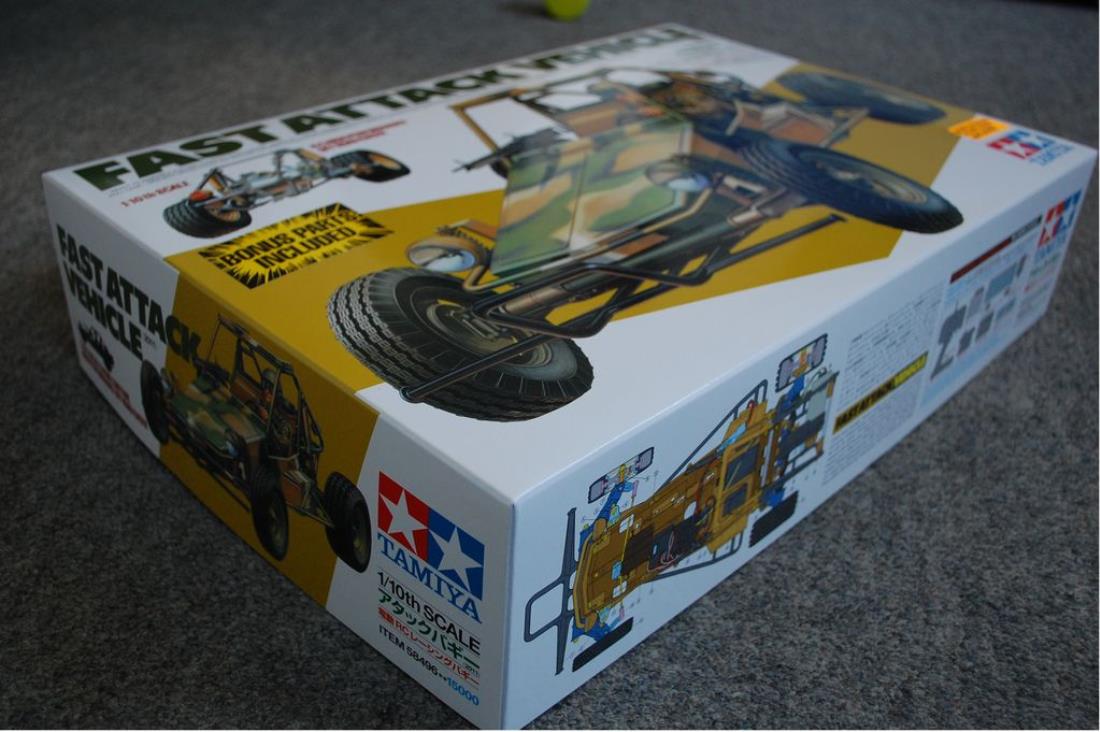 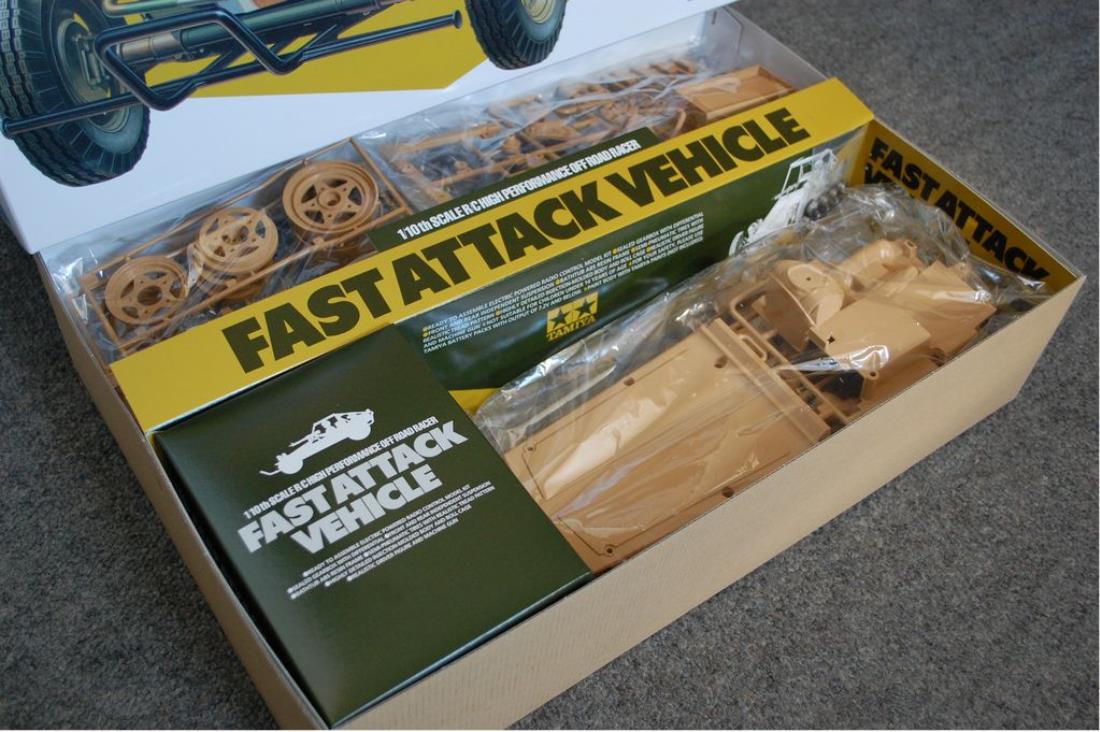 Lots of hard plastic. It's a genuine scale model. 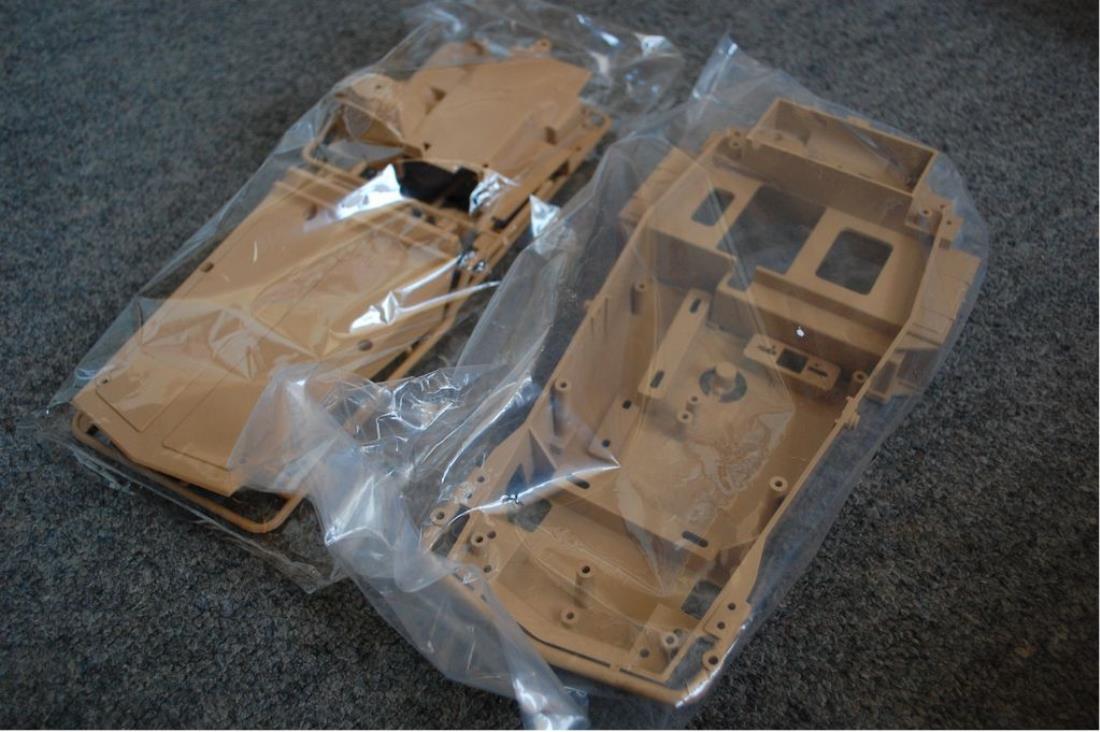 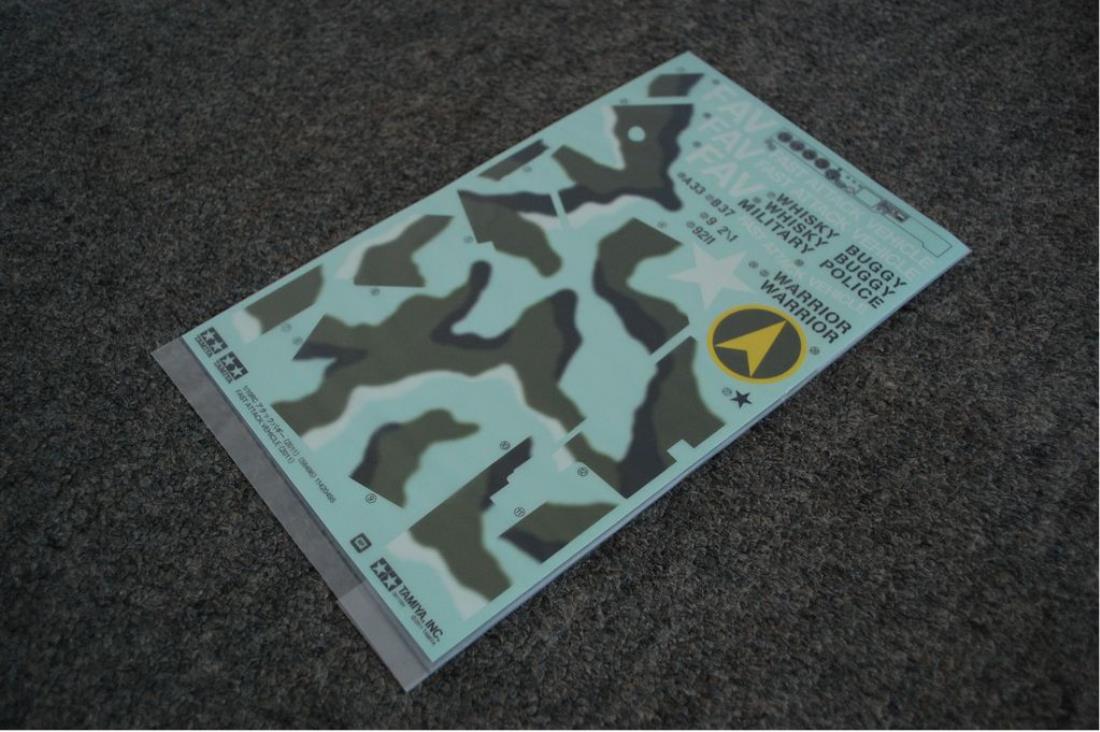 Don't have to be artistic to decorate it anymore. 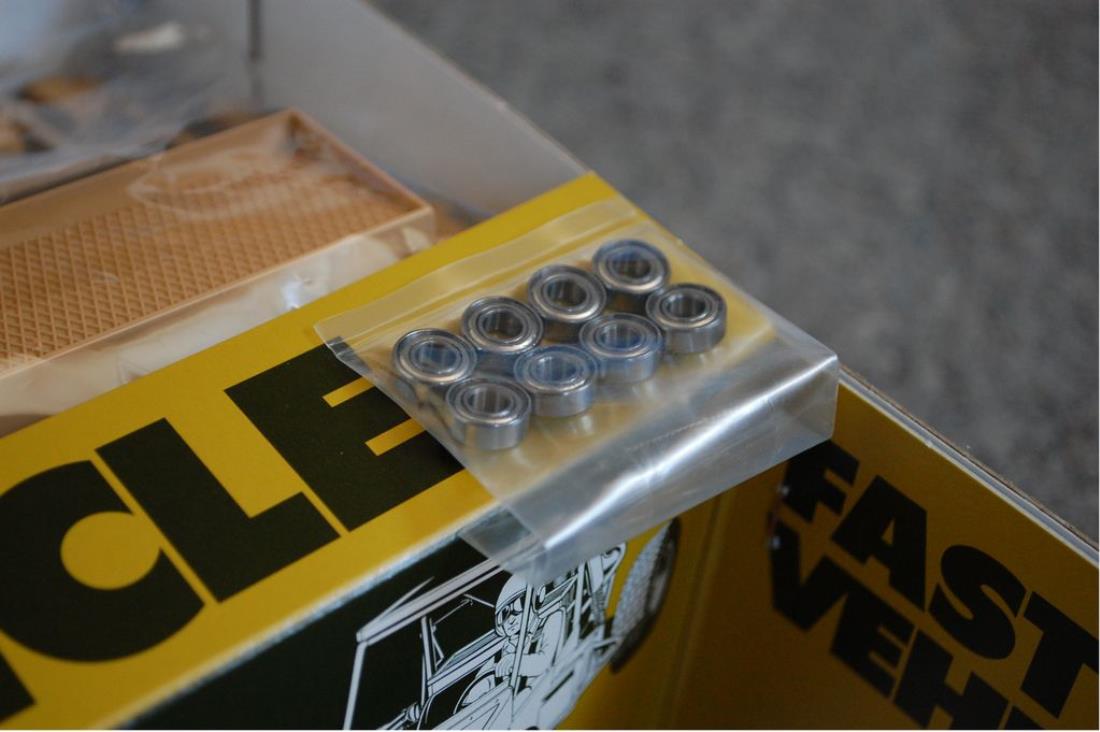 The 'bonus' parts. Oh well, better than nothing... 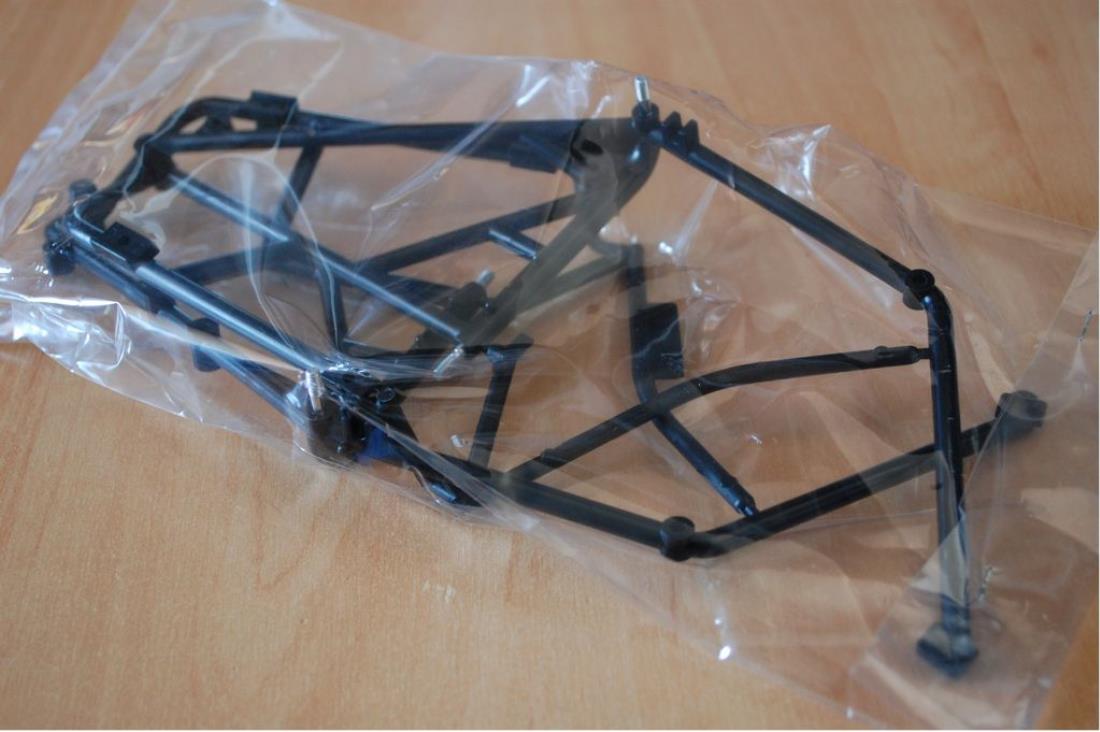 New black cage breaks up all of that brown. 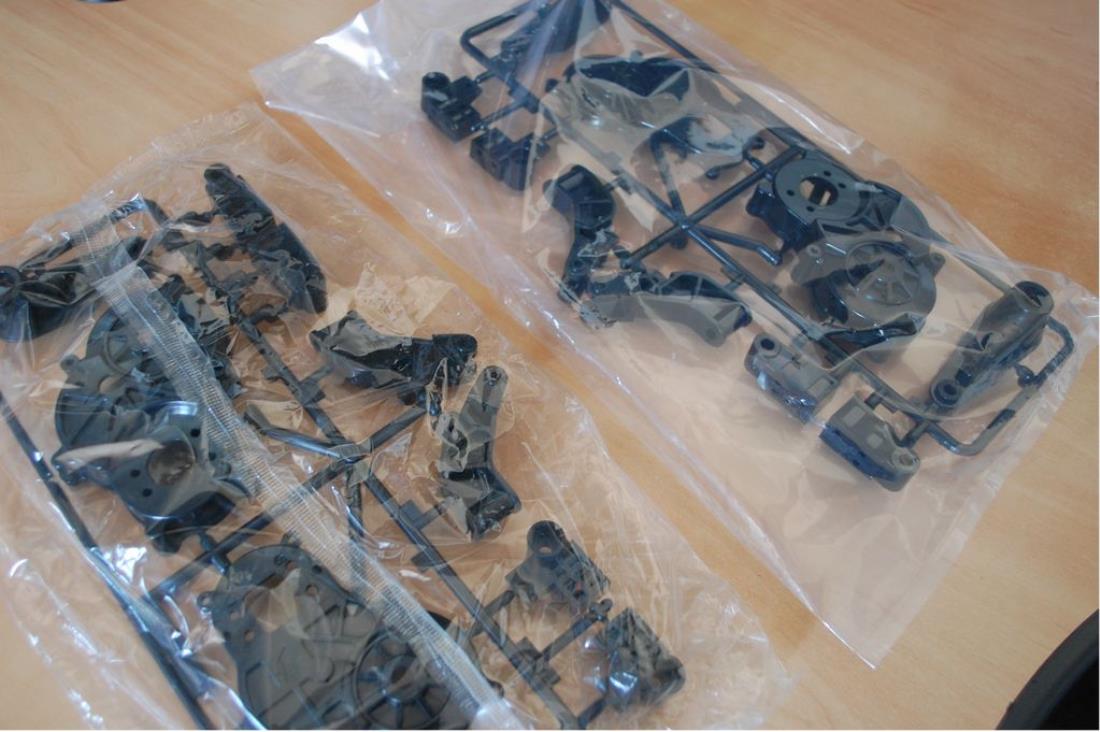 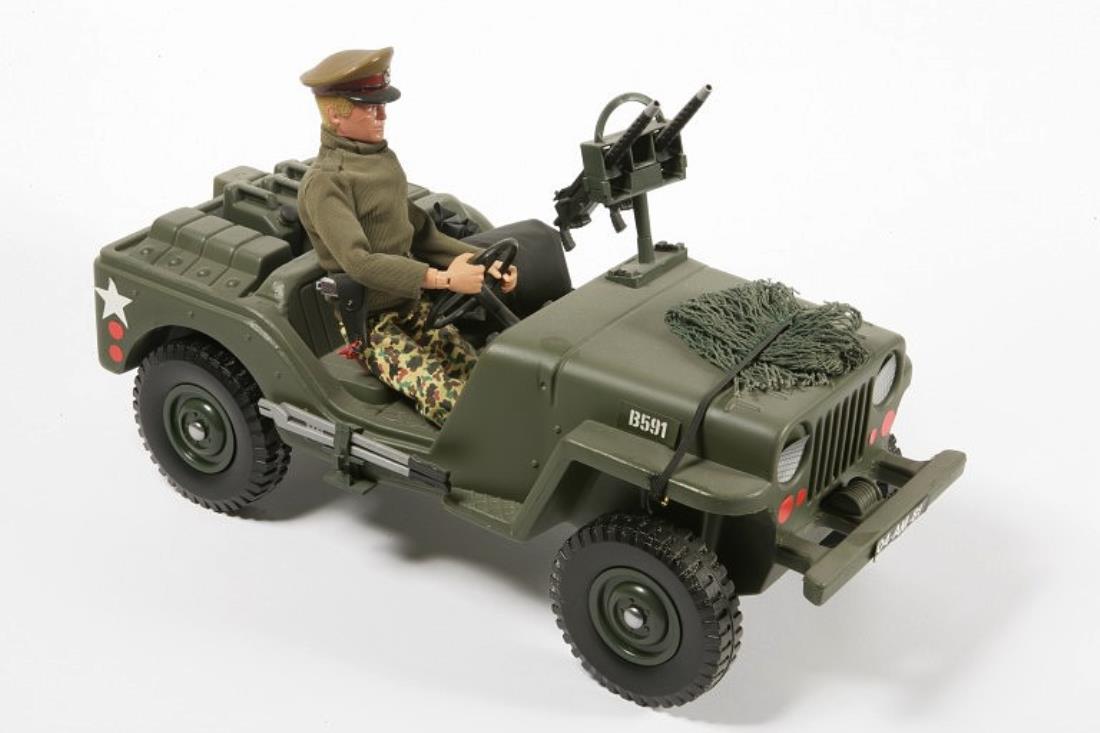 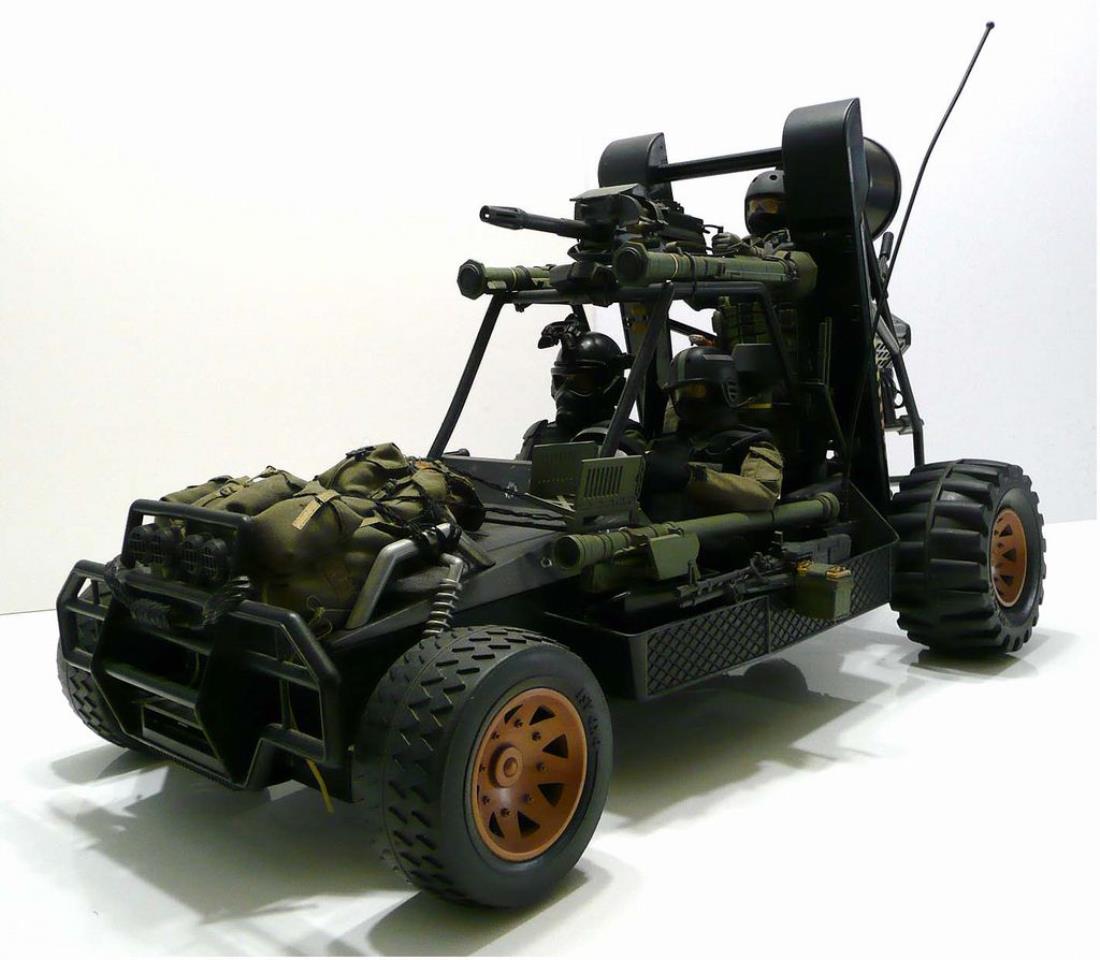 If you liked those pictures, you should see these...
FAV spin-off, with a bit of extra bite.

Congratulations! Man, I wish for mine to arrive! Why does shipping from China has to take so long? It feel like I have been waiting for a week!

You've put some thought in to this one, looking forward to the results..

Very nice , great story . Yer the shipping seems to take so long when you want it yesterday . I am still waiting for mine . Oh well @ least i get to see other peoples FAV .
Will be waiting too see how your comes out

Cheers Steve, yes this will be my next build & am looking forward to seeing the finished results.

Thanks matman, stay patient & yours will arrive soon enough. Your right though, the wait is a pain sometimes...especially when they get held up in customs.

Congratulations to your FAV mate!

Would like to see some closer pictures of the rear arms of the original E-Parts. Are this mk1 (with the round stopper) or mk2 (with the oval stopper) E-Parts?

Happy building with your FAV Wandy

Thanks for sharing, great super scale model, love it!

Nothing can beat the Hotshot Paul, your 1st one is always the best.