hello all, a very long story, this is an early one with the wrong steering rods. built it with them, put on rcchannel gold wheels and rear cage took it to the beach unpainted, rode a wheel of it! what fun though. somehow it was 7-8 months later i did the paint, champ and this scorcher shell didn't get a chance to run it for another 7-8 months. put on a radshape chassis and scorcher shell added some retro decals one night. next night put on the rcchannel suspension kit, steel pinion. didn't seal the gear box for the beach, said to myself won't go near the sea. after Vagabonds woes, you can guess what comes next. did a 2.5 hour drive to the first beach. sand to deep. drive another 45 mins to next beach too deep again. give it a little tap with the foot, as you do, it now is racing away at full speed. struggle with the controls at the same time as thinking that looks good and boy its fast, only a sport tuned, it must go four 300 meters i'm thinking it's going to roll or go out of range still wildly moving the stick. a little crest just before the sea it j turns jumps a little branch turns again and over the crest. by now my feet start working i run to the sea, it's up to the windows digging itself in at full speed sea and sand in massive roosters1 after the long drive back spray with what i think is bike oil/gt40 type stuff to stop rust go to bed. in morn find its degreaser i've used. strip it grease it, only steel pinion a bit rusty lucky. found the hole for the steering/bodymount post will not allow it to steer it catches plastic on front end, move it back will a small file move the tray forward a little as its too close to gearbox and hard to fit lid but that explains no steering it seems, think it's esc, change it, as old one not working now at all. test new one with new receiver and crystals and old set both work ok. put in old ones. back to beach a few days later, battery flat change it, wind dumps sand in tray. drives a few feet away ok then off again at full speed still no control. must sand in it open it up blow out connections. start again drive off ok them full speed again into the only log on beach bends the chassis shell flies off even the drivers face comes off lost a rear light. must be radio signals on this beach. patch it up take it to local spot in a few days no bad signal there, repeat into tree trunk! go home test all seem fine some how think to put second servo into esc slot nothing for a few seconds then hear servo tiny movements ah ha. change crystal and receiver hasn't been out again for it's photos so using old ones for now before the beaches i think. now has a dash board, black wheel centres, rust where it lost paint and a more used look in general hard not to love it still :) get new beach shots in september if its good! hope you like it, comments welcome as always 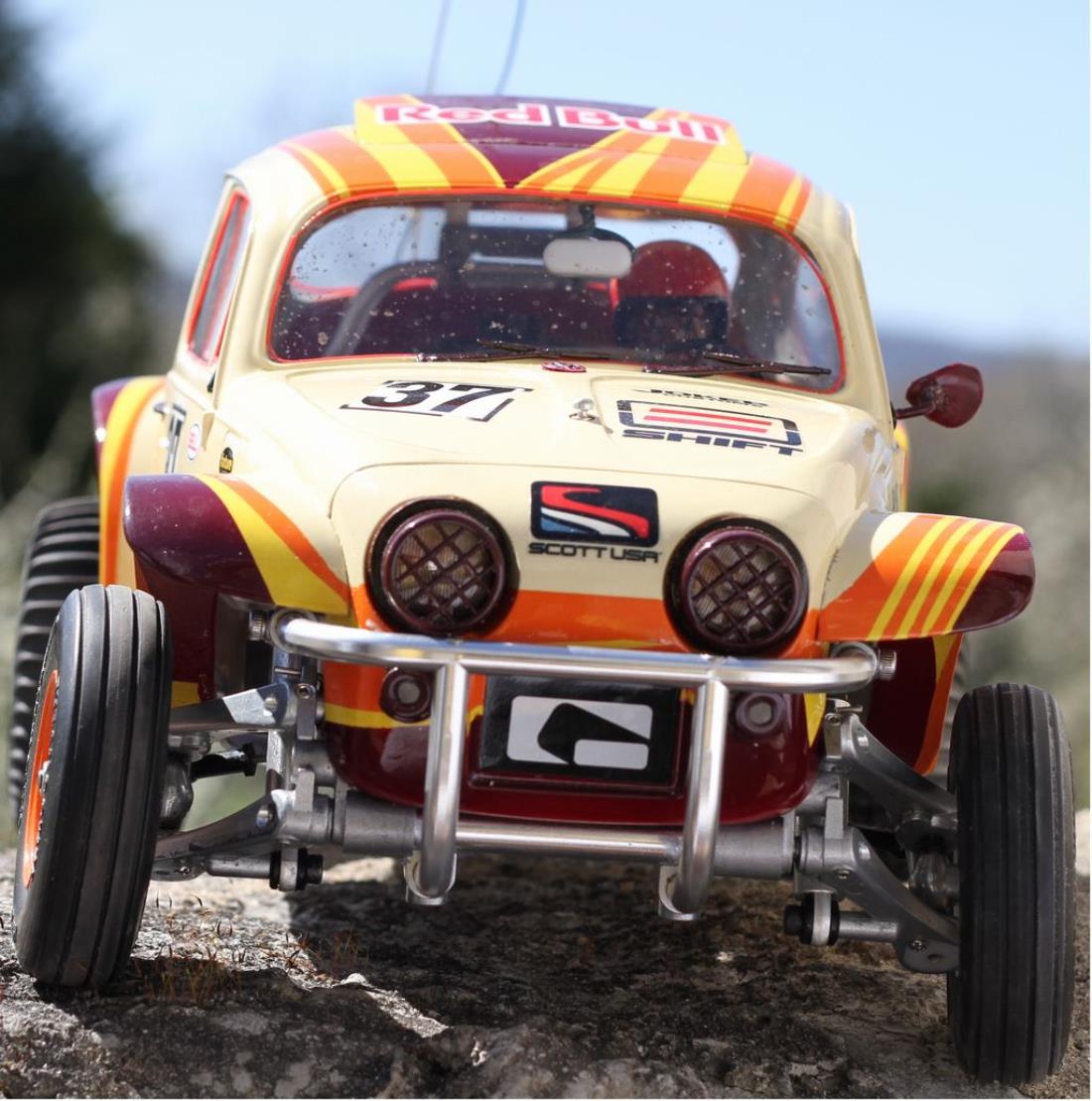 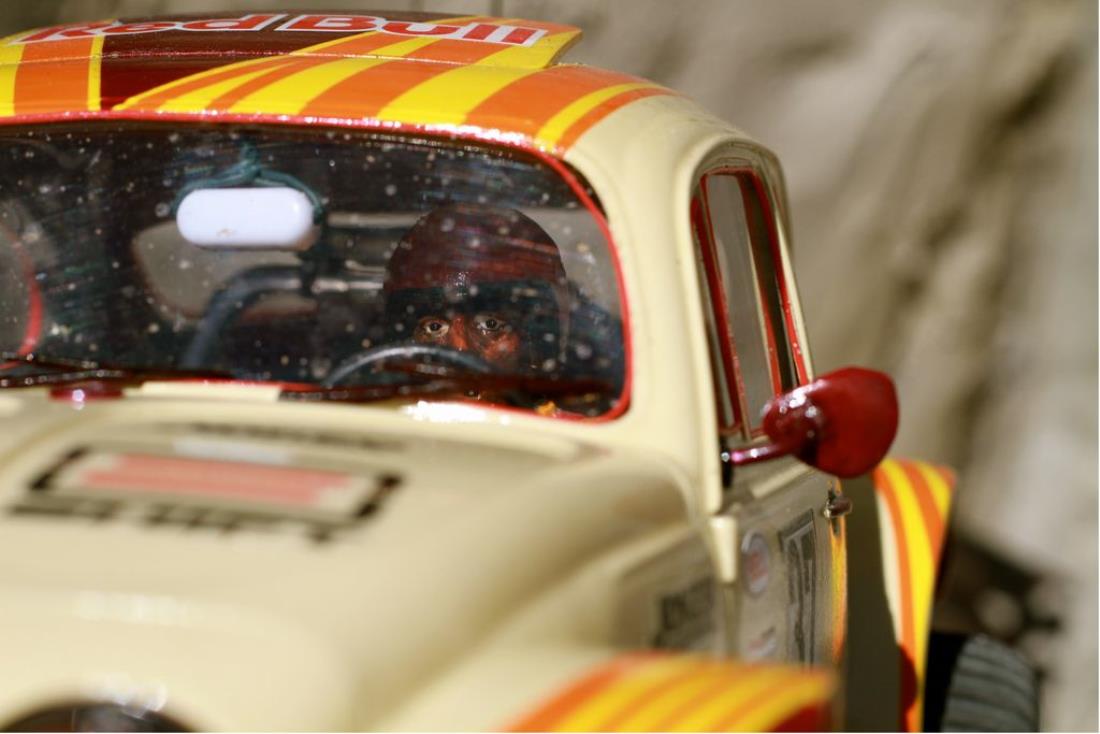 making the most of the wing 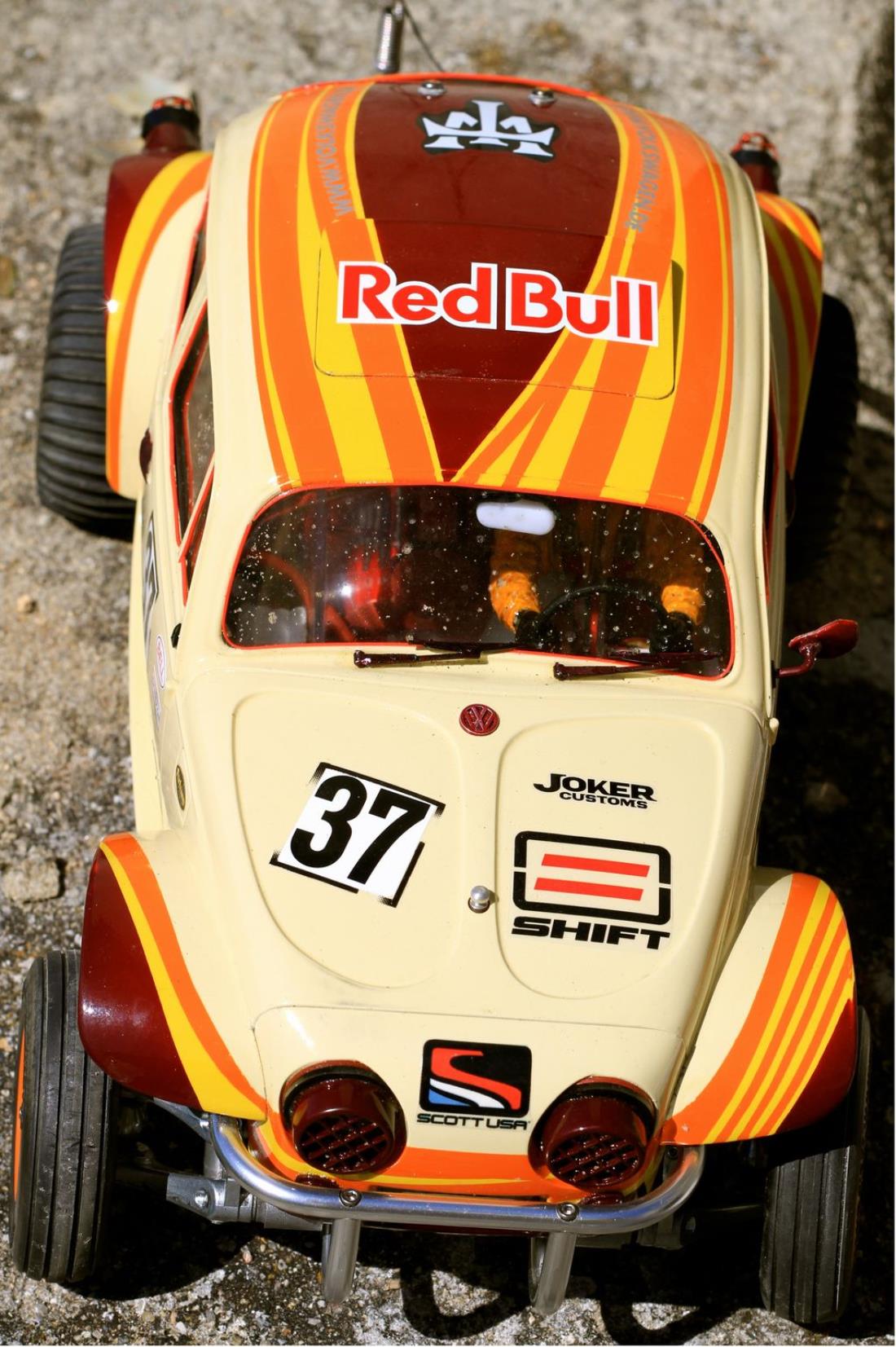 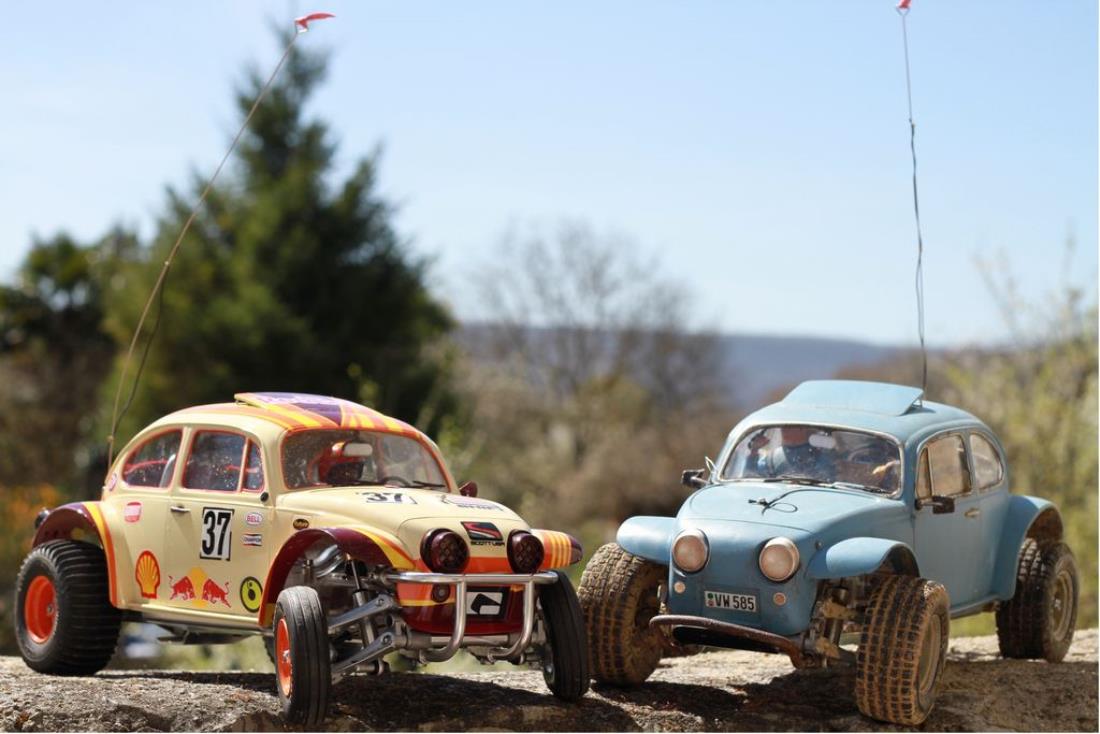 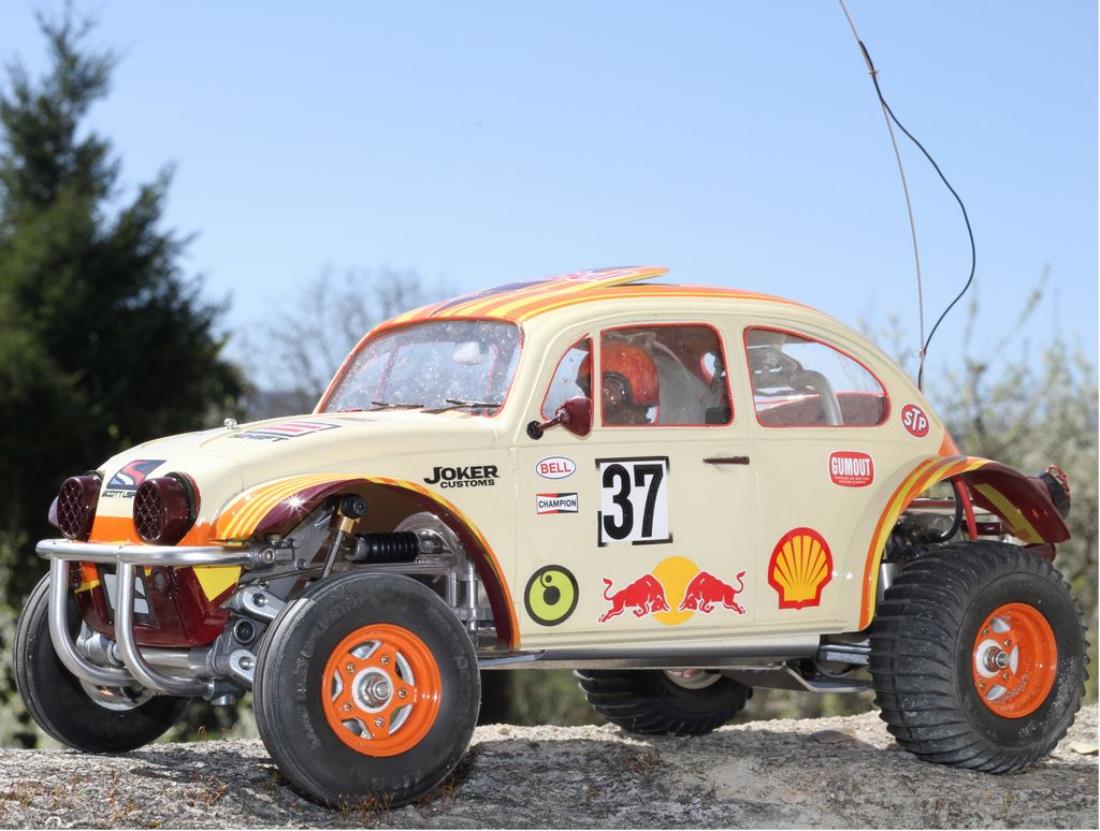 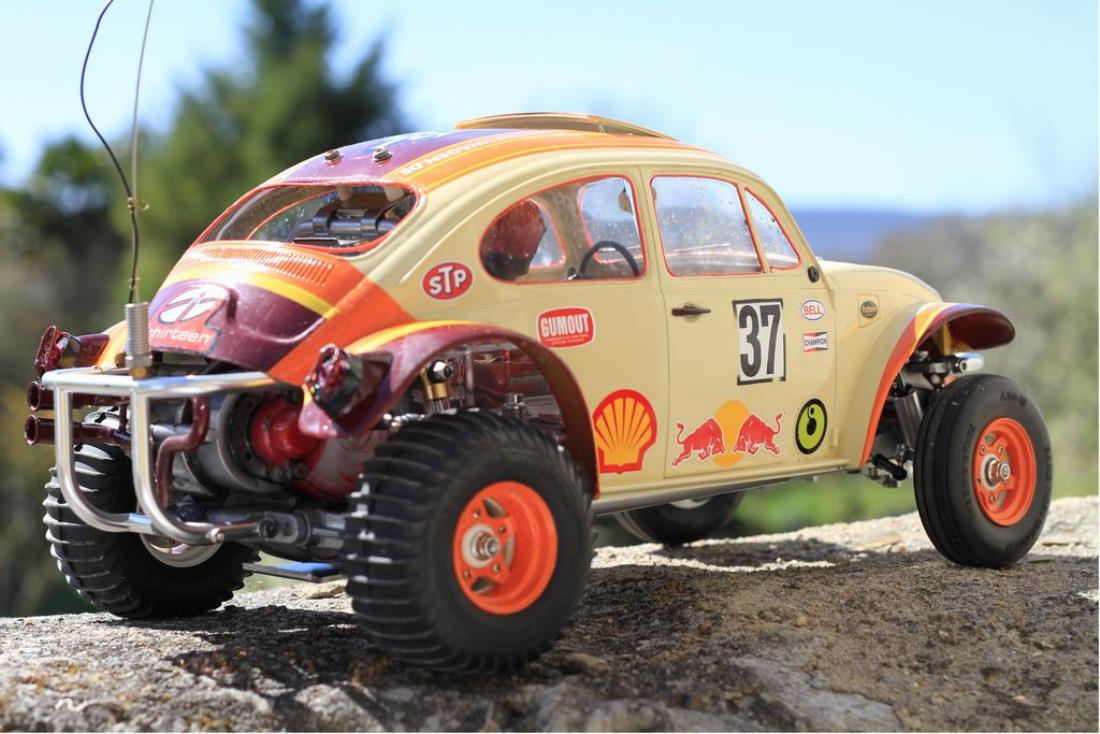 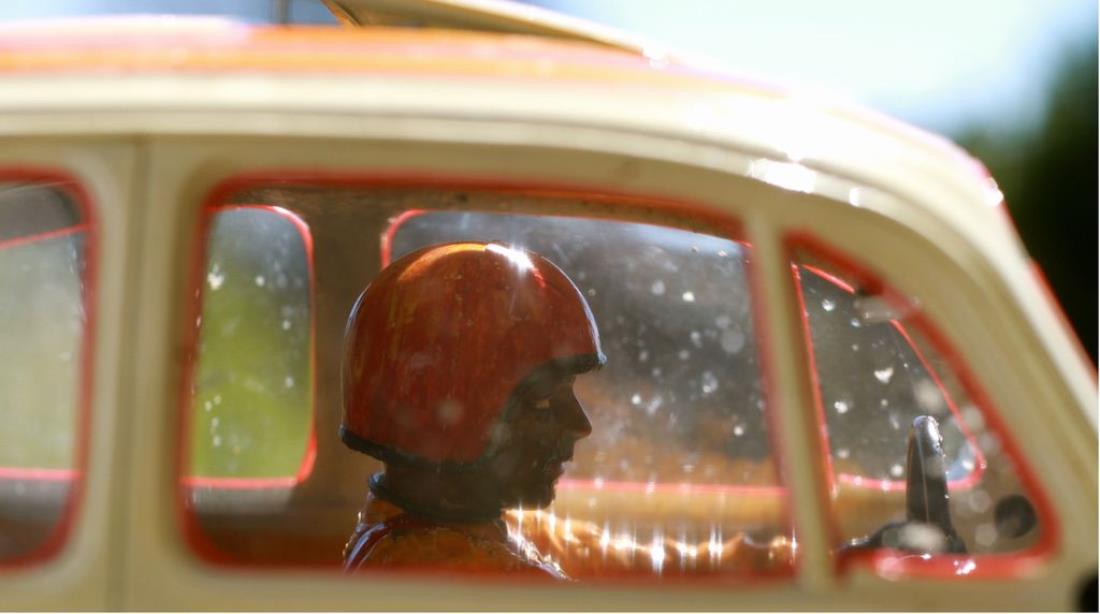 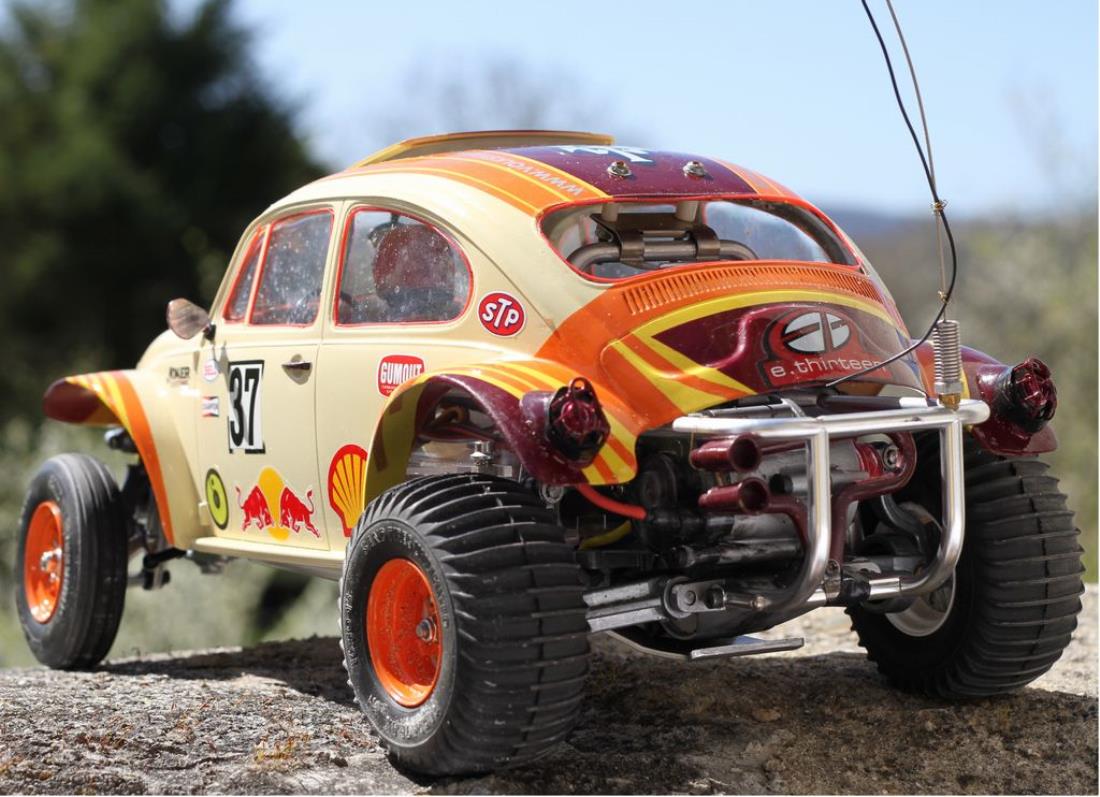 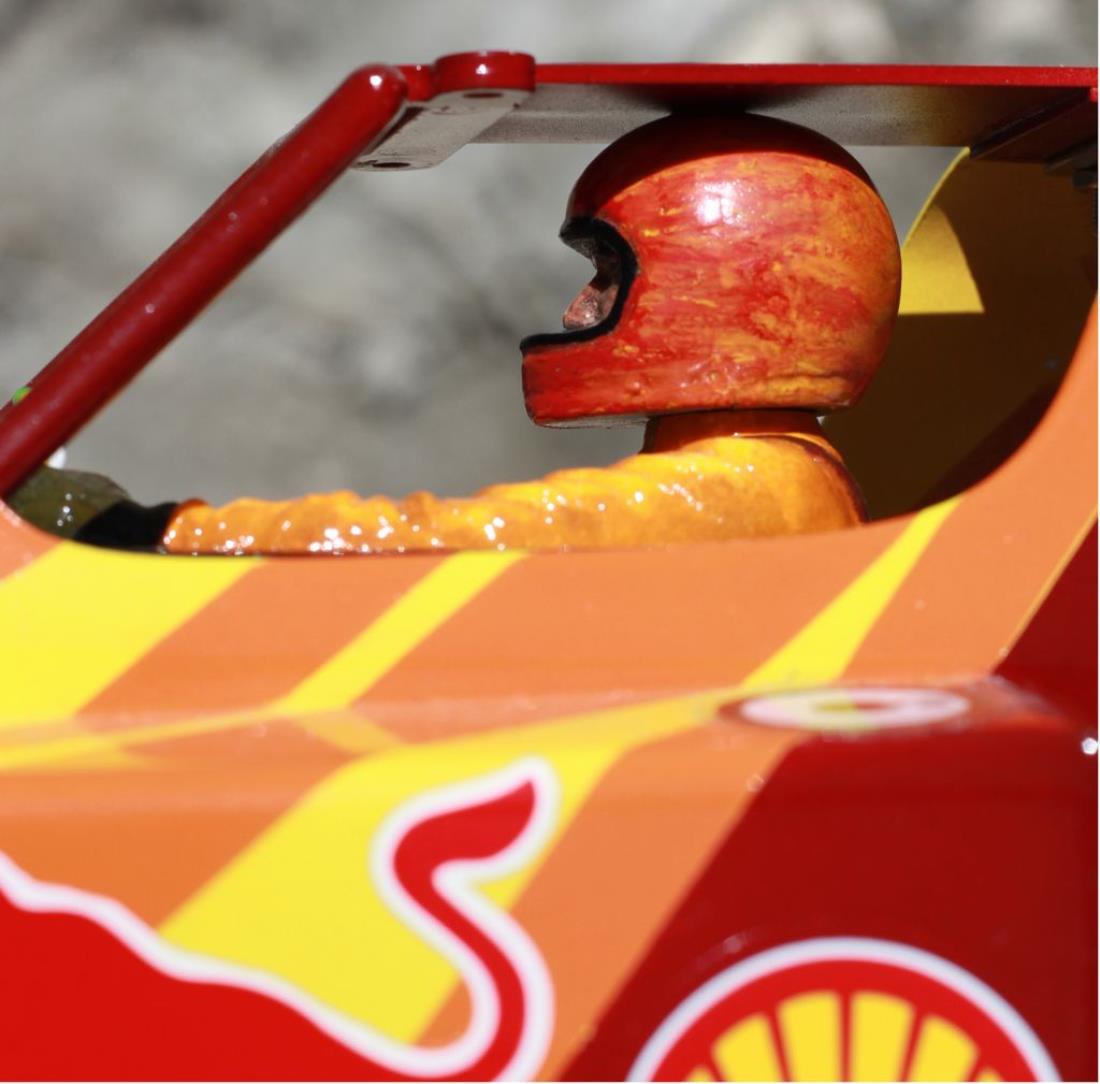 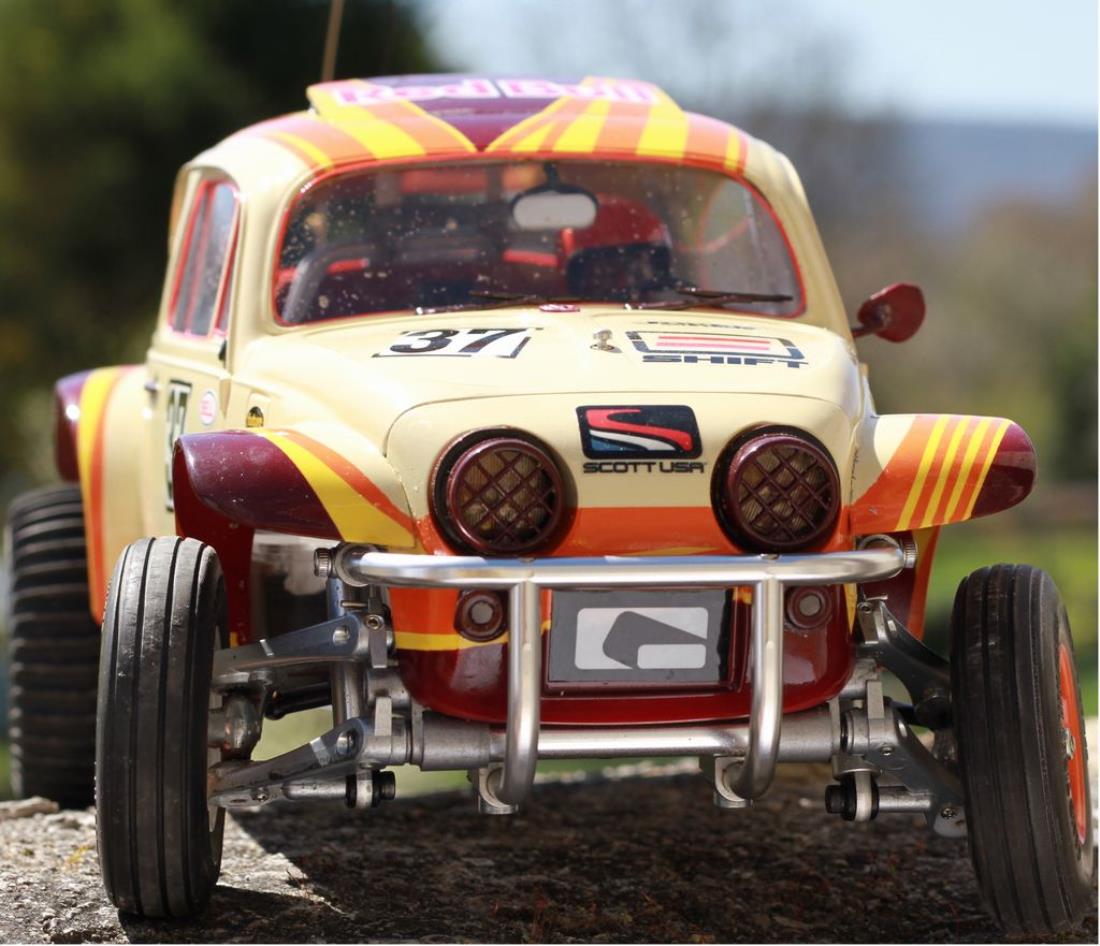 went wild with the tape my 2nd paint job not bad

If you liked those pictures, you should see these...
my first scorcher a good place to start my showroom

Wow, that masking job must have taken a month, but well worth the effort

Oh mate!! What a crack up!! Sounds like a script for an RC comedy! Geez you couldnt write a better one. Great looking car and a top paint job you have there.
So looking forward to the next episode.....

What a fine job you have done . What bad luck you had , i'm sure you will sort it out .
Your lucky it didn't go all the way into the water

thanks guys glad you like it, I never got down about it, don't know why. looking forward to a drive of it. fingers crossed. must have used the wrong pic in the last slot lol

A great looking car along with a great story

That paint job is something else! I really like it, it looks very retro and original at the same time. Aces to you for originality!

thank again, i had been thinking you all might find it a bit busy. makes me happy to know you like it. i found a few shot i took on its last trip out even have some of it driving it's self! will put them up in a few days not to hog the home page.

Blimmey Buddy, that was some fun and games you had. That looks amazing, you've done a great job on that shell. Really nice pics. Good luck eith next beach run

Thanks for the great story

so many cars/owners on here have no story to tell

thanks all, glad i could bring some smiles, it's funny, i wanted it to look like it was from back in the day so had been raced before, i even had a few scale brush strokes on the cream to look like rust repairs, but the clear coat made them vanish! now it has raced without me so has 1/10 time scale history as well as the scars to prove it

That has to be one of the most unique looking scorchers I've ever seen. Very nice work, totally original! Love the headlight grills! I may have to do that sometime!

ta very much, the grills are a good fit and i've put the lenses in incase i add lights later, i think someone may have done it before though so can't claim the idea! but vert happy they took the paint as well as they did

i did turn the indicators to fog lights which i haven't seen but it's probably been done as well!

Whash that your first Scorcher what you have painted, looks pretty good for the first time. Everybody can learn from ech other, its good to post it. My paint is not always perfect. The more you paint cars, the better it works hopefully!! Another great thing from you is taking very good pictures, i can stop looking at them.
Looking forward to some great beach shots in september. You have a lovely pair of Scorcher`s, they look amezing.

thanks guys @def4x4 i did the blue one first, then this one was going to be cream at the front then a yellow stripe then orange then maroon at the back, very simple, but as i taped it up the idea came to me and i ran with it. glad you like my pictures as well, its nice i can make people happy like they have made me with their pictures