This is a kit i have had in my collection for a while. Its nib and still shrink wrapped. Produced in about 1971 its part of the 1/18th series and its very rare, especially in this condition. Its based on the real EMPI imp buggy which was produced by the American company EMPI run by Joe Vittone. Its accurate down to the EMPI five lug chrome sprint star wheel which are highly prized in the vw world.
The sand rover is based on a Meyers Manx, why didnt they base it on this? 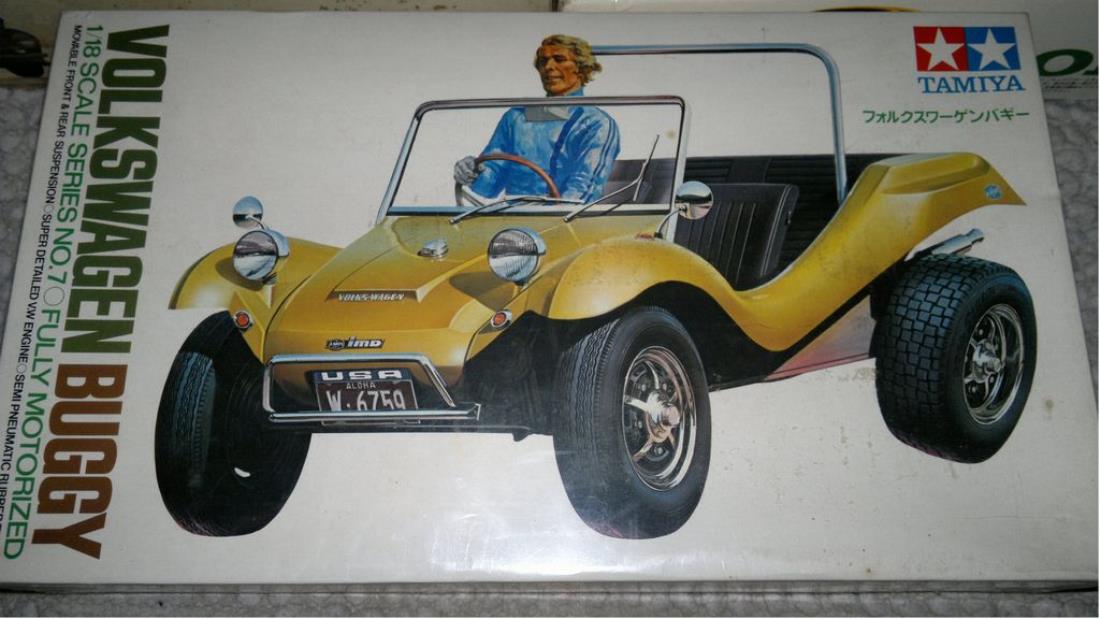 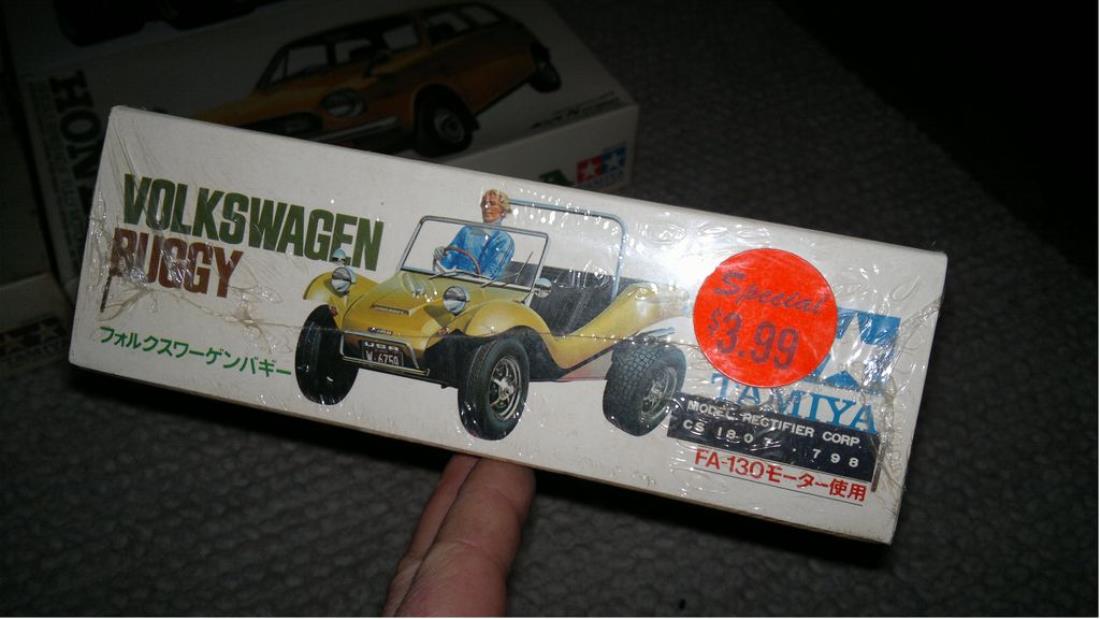 Oh, and I forgot to say - this is a great kit, thanks for sharing

Wouldn't that have been a good idea

or adding peculiar coloured wheels, TOYS THEY'RE NOT! -I'm not sure that company statement holds up anymore??

I have the lola

Welcome to the club, mate!
You need to add the comments by klicking the green '+' next to them. Otherwise noone can see them except you.

Very nice, never seen one of those before, thanks for sharing.

HOLY COW, $3.99, REALLY, did you get to pay that price or close to it??? I know, I am dreaming. This is a cool model that I don't know if I have ever seen, it certainly does look a bit cooler in some aspects, than the Sand Rover.

Always thought Tamiya should have released this one as a 1:10 suitable for radiocontrol model car. It's even more beautiful than the legendary Sand Rover.

Cheers for the comments , it would have been cool if Tamiya had produced this as an R/C car. It cost alot more than $3.99 too.

Great find ! For Sand Rover maybe Tamiya prefered to use Manx to do something different than Kyosho with his Elek Peanuts in 1977 ?