I'm a pretty serious vw enthusiast, but for some reason I've never really taken to the Blitzer Beetle, when it was re released, I really only wanted one to complete my Tamiya Beetle collection. I think I didn't like it because of the orange wheels & weird nose cone, so for this I used Stadium blitzer wheels & also a SS nose cone with the indicators which I think looks better. I also cut the guards back, cut out the drivers window & added window netting, added 3Racing shocks & also removed the small tab on the front body post so that it lowers the front of the body 5mm which I think makes a big difference. All the BB that I have seen always look like they are dragging their bum on the ground, this small mod alleviates this I think.
Body was painted in metallic black, light metallic blue, dark metallic blue & white. I really like the BB now & it is alot of fun to drive. I also added a 15T pinion & have another set of white rims with Sticky M3 Proline rubber for the track as this will be my entry in the truck class this year at the Vintage meets.
Sorry the pics aren't the best, the sun went away so they are not that clear. Small video added.
Enjoy 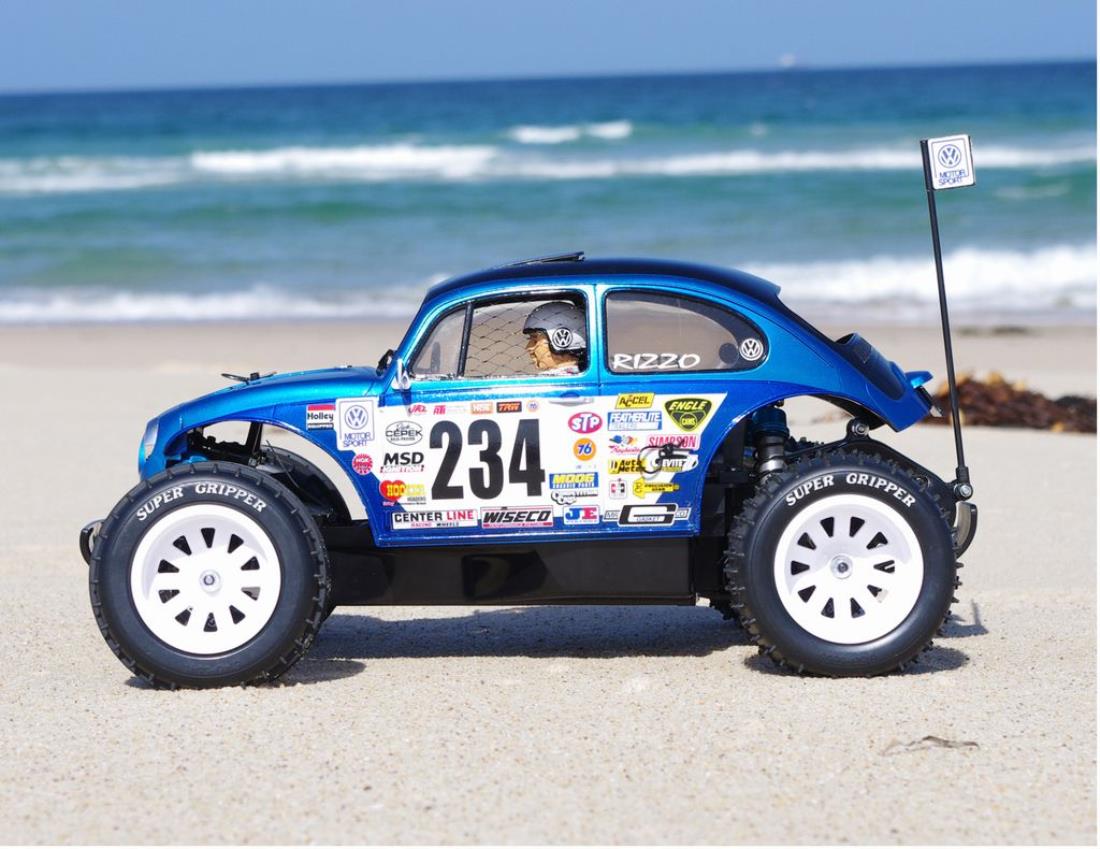 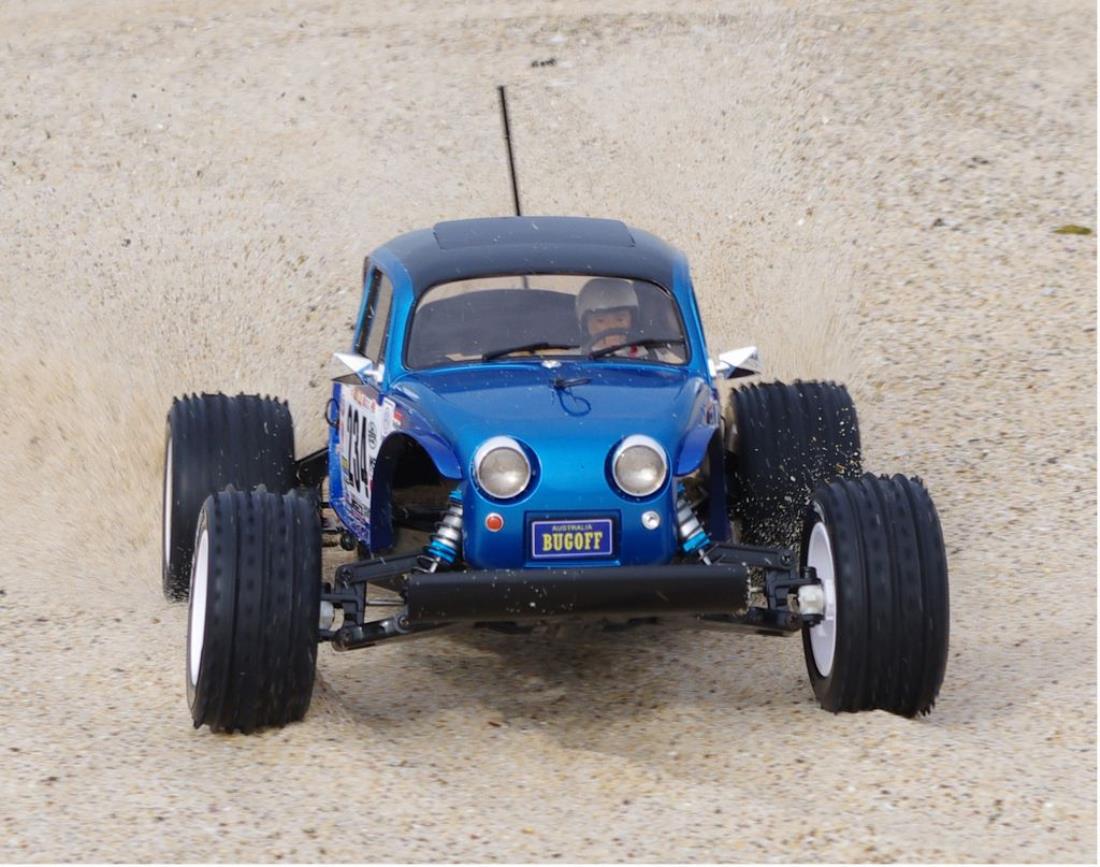 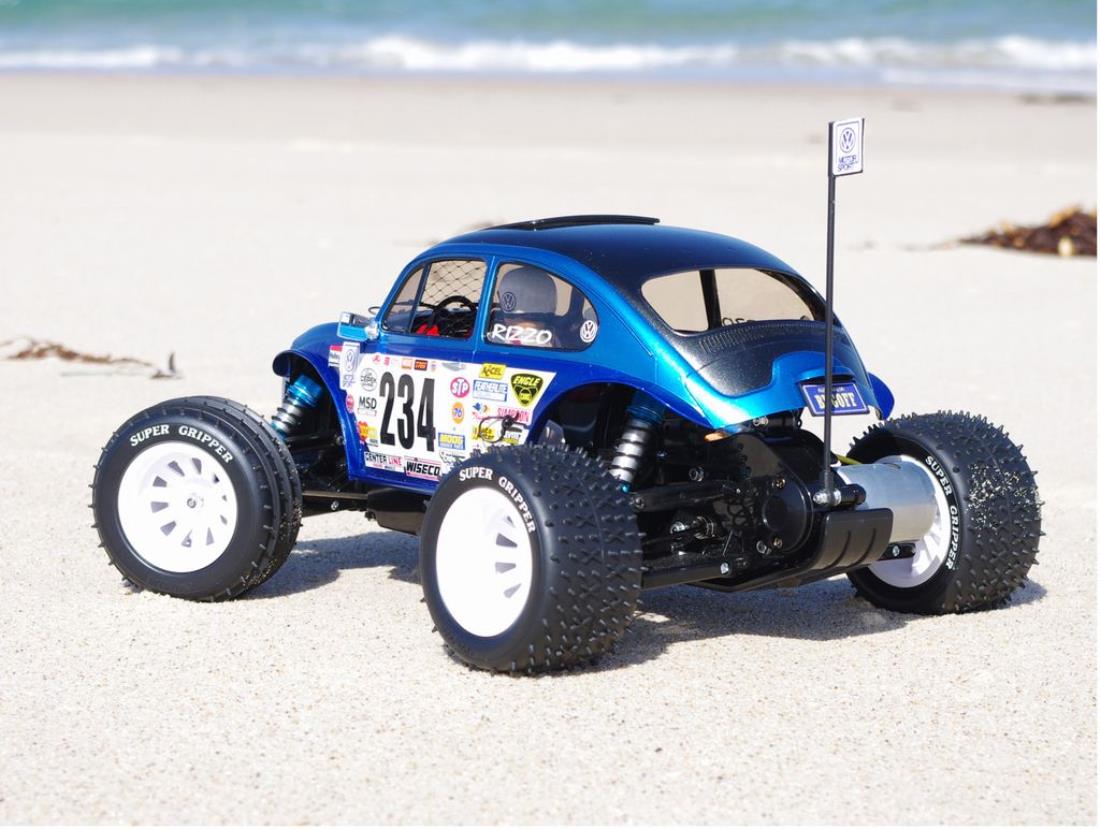 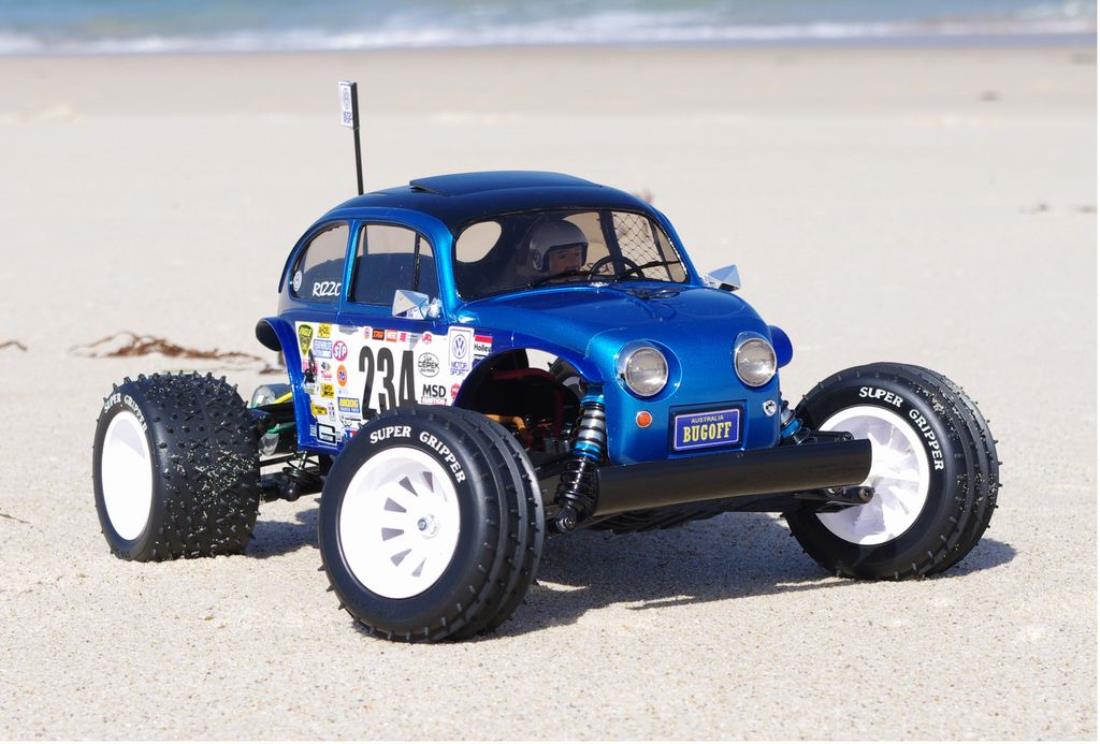 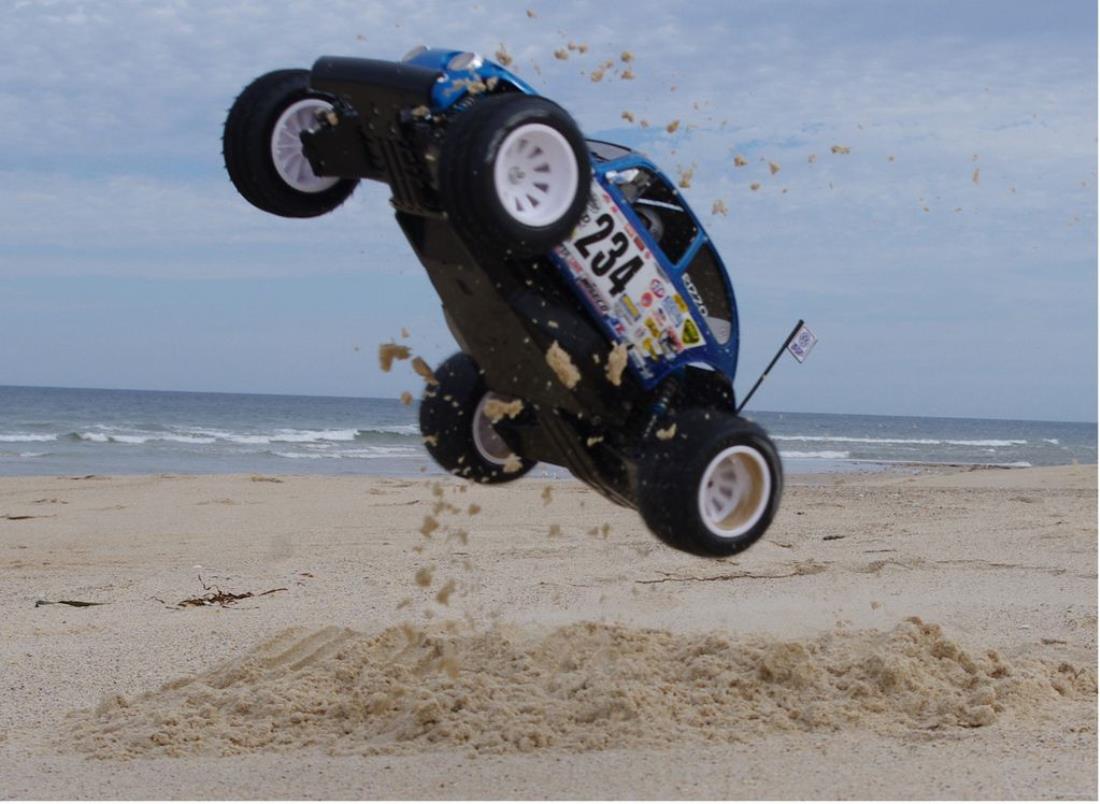 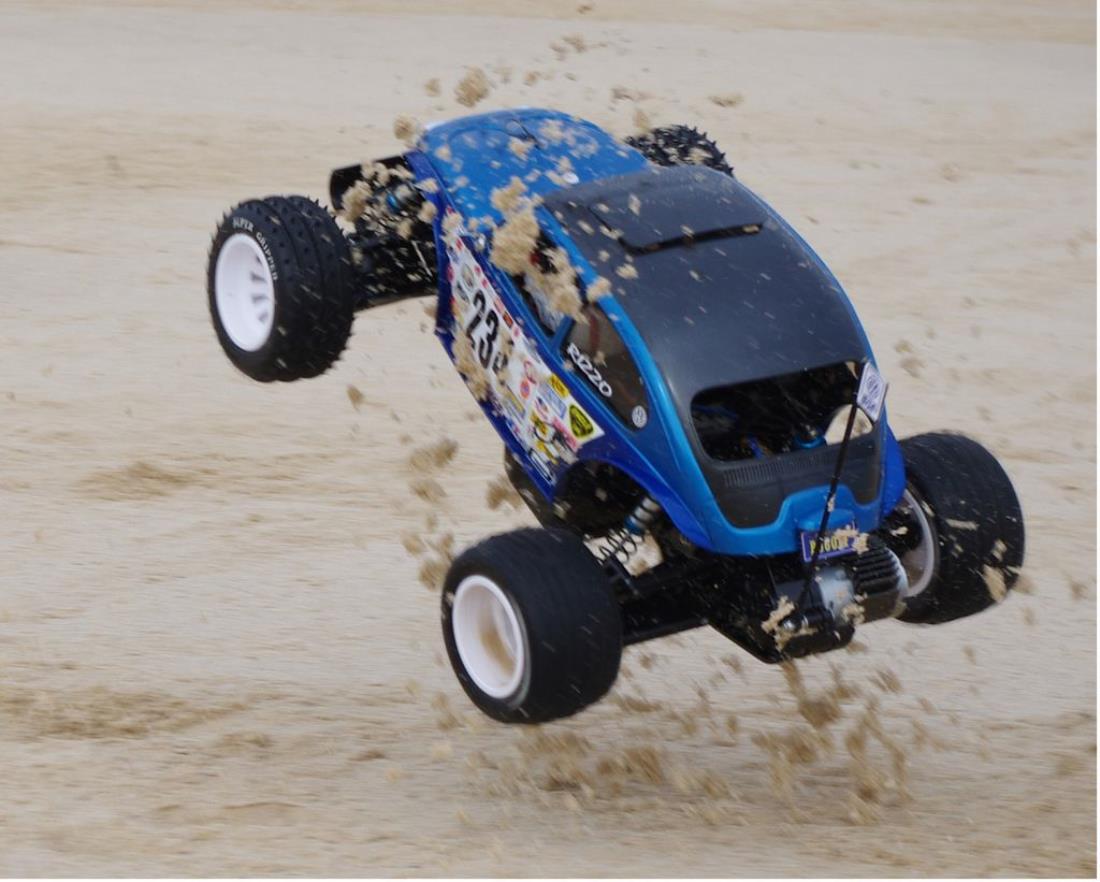 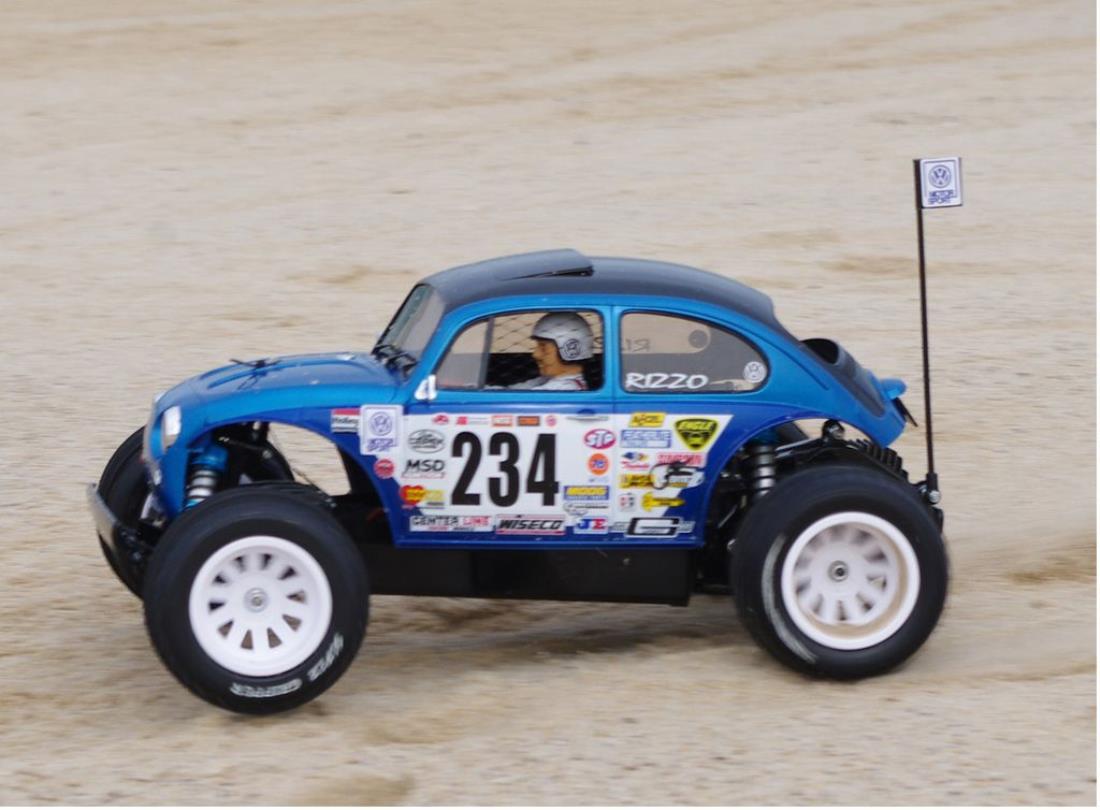 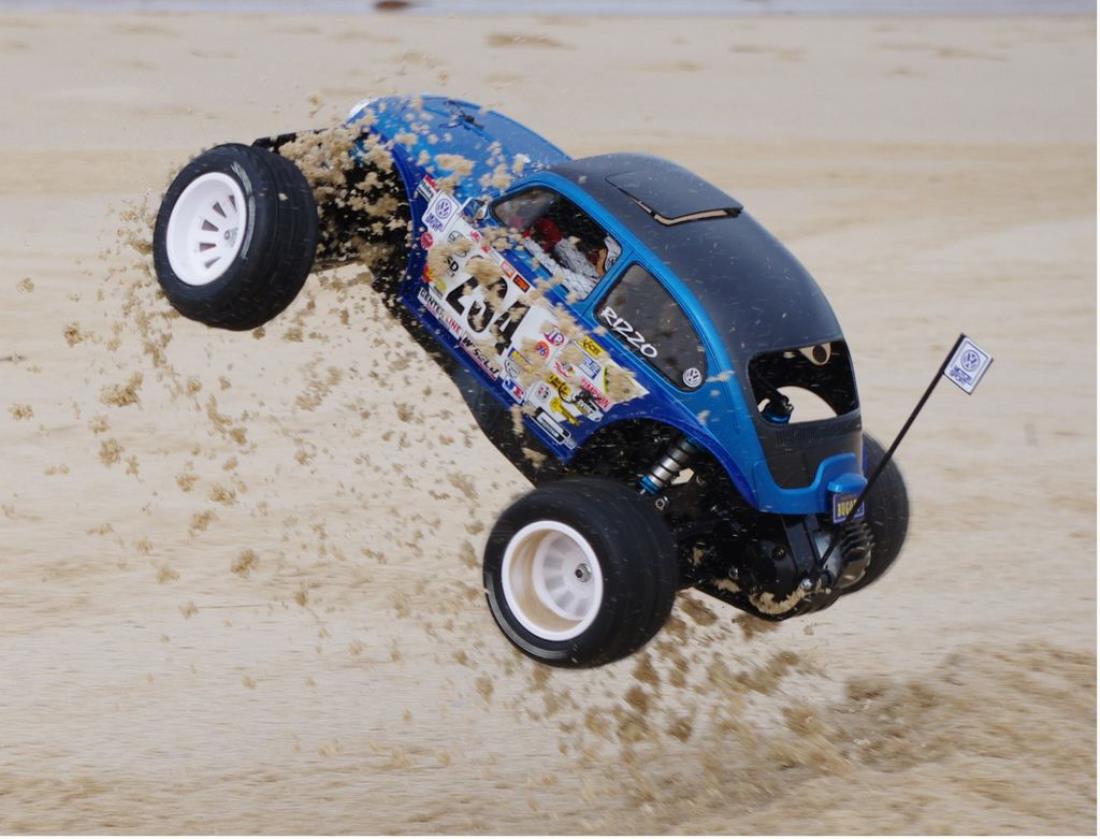 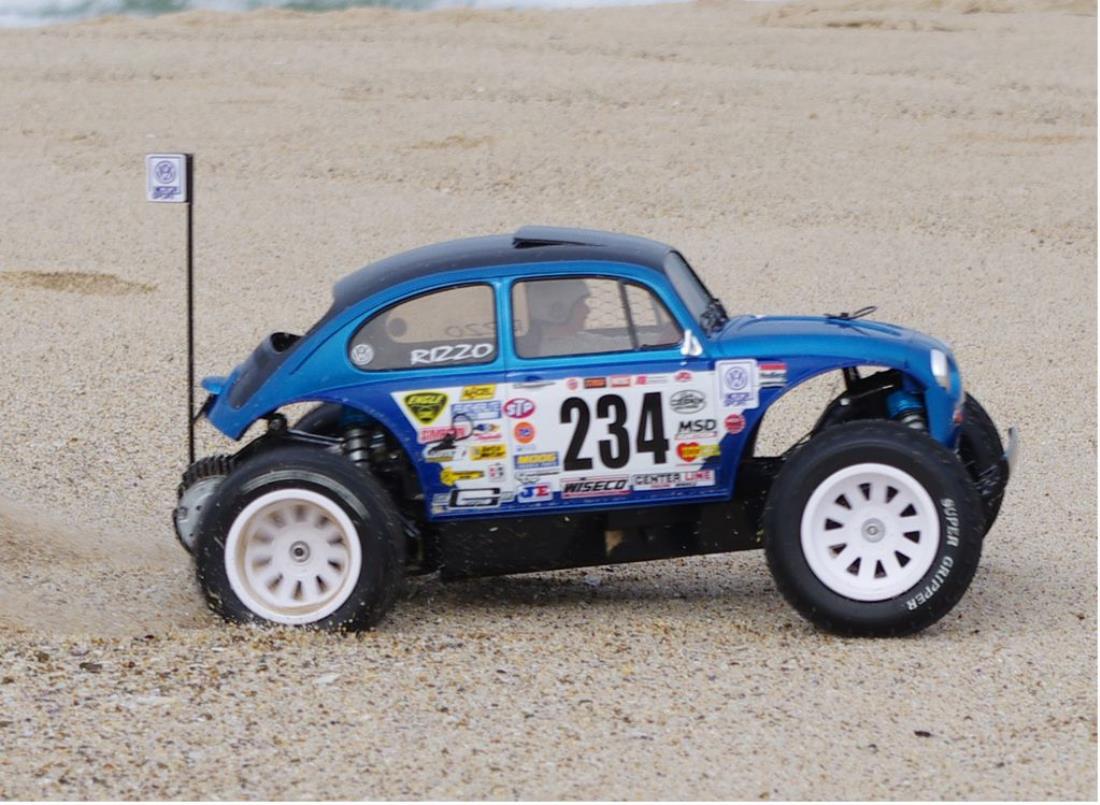 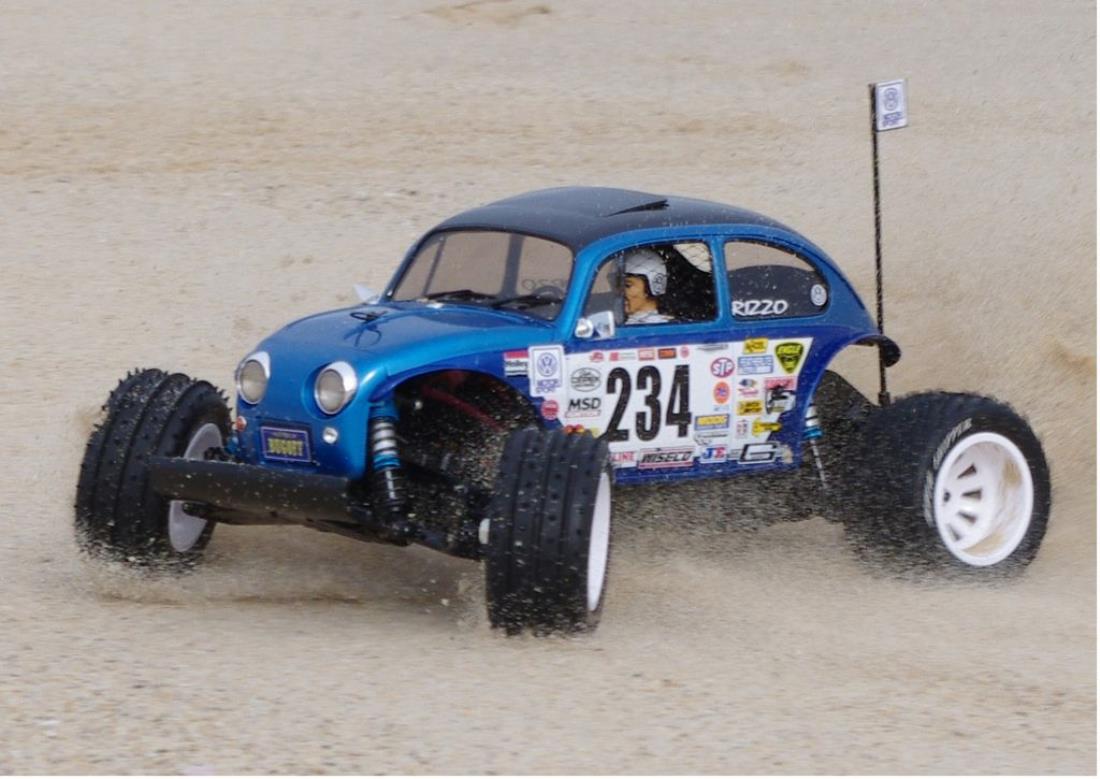 If you liked those pictures, you should see these...
Monster Beetle in the Winter Sun

Could you take the music off the video as it won't play the UK due EMI copyright. Excellent colour scheme.

Give a set of proline sling shots a go on the beach and watch the sand fly . Very nice Blitzer .

Nice Blitzer! What colour is that? Is it a Tamiya colour?

Nice looking beetle. Very nice build. Love the additions that you have added. I got the re re for Christmas getting ready to build mine.

Looking good. That blue is beautiful and looks great in the sand. nice work.

Turns out your video is blocked in the U.S.

Thats a grazy cool fun Beetle, nice paint and action on the beach.

I couldn`t watch the video as it`s blocked in UK but enjoied the photos. Can you tell me what lengh of shocks did you use, pls

try this video link , I changed the music

Looks to be up to the typical standard of your showroom, another top class effort.

Great looking car, my dad always makes me buy my own gifts too since I was a teen

Love the Blitzer and love the pic's. You must live in the best location in the world, because the background in you pics is undiscriblable...... The sand, the sea, the sky, and sun. Perfect.

Nice paint scheme! looks like a blast on the beach

I am now the proud owner of this Beetle, the work done on it is amazing. Never had one before but with a 16T Warlord brushed motor its an animal on LiPo